The most common symptom of atherosclerosis is coronary heart disease, which causes circulatory problems in the coronary heart vessels. These typically manifest as angina pectoris, heart failure and palpitations, heart attacks, and sudden cardiac death. Circulatory disorders can also affect the limbs and the brain, resulting in a stroke or occlusive peripheral arterial disease (a blockage or narrowing of an artery in the limbs).

The cause of atherosclerosis

In the first stage of atherosclerosis, the deposition of both cholesterol and the body’s own immune cells (collectively called foam cells) creates so-called fatty streaks. As foam cells and other body cells continue to accumulate, these deposits enlarge into atherosclerotic plaque that narrows the blood vessels.

As the disease progresses, the deposits may be partially replaced by connective tissue and calcify, resulting in complete occlusion of the artery. The result is a diminished blood supply and thus a damaging lack of oxygen and nutrients to tissues and organs. Eventually, entire regions of tissue may die, resulting in heart attacks and strokes.5

The occurrence of cardiovascular diseases depends on numerous risk factors, some of which can be influenced and some of which cannot. Non-influenceable risk factors include age, sex, ethnicity, and familial predisposition. The more risk factors that occur and the longer and more intensively a person is subjected to them, the more likely it is that atherosclerosis and secondary diseases will develop. A heart-healthy lifestyle is critical to preventing cardiovascular diseases.

Abstaining from smoking provides crucial protection against the development of cardiovascular disease.7

People living a vegan/vegetarian lifestyle usually have significantly lower blood concentrations of total and LDL cholesterol than those following a conventional diet.9 These favorable blood-fat values can be attributed, above all, to a lower intake of saturated fatty acids and cholesterol, whose primary sources are animal-based foods. Another reason for the low cholesterol levels observed in people on a vegan/vegetarian diet is the higher supply of simple and polyunsaturated fatty acids, as well as fibre, which can only be found in plant-based foods. 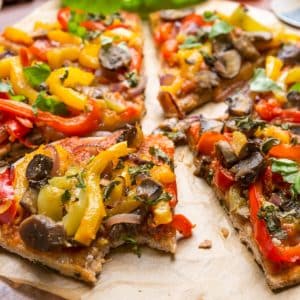 From milk and eggs to meat, fish, and honey, vegan alternatives and substitutes are now available for nearly all animal-based foods. The selection is huge and getting bigger all the time, offering a range of culinary possibilities that is cruelty-free and consumes fewer resources.

Other influenceable risk factors for atherosclerosis and cardiovascular disease include hypertension (high blood pressure), diabetes mellitus, and being overweight or obese. For example, about a third of all stroke patients suffer from diabetes,12 and the risk of cardiovascular disease can be three times as high for those with a high percentage of abdominal fat.13 14 A varied and balanced plant-based diet can help minimise the risk of developing these diseases as well as help to cure them.15

Physical inactivity also increases the risk for and mortality from cardiovascular disease. Adults should engage in at least two and a half hours of moderately intense physical activity per week. This could take the form of half an hour of walking or cycling every day. At least 75-150 minutes per week should be spent in high-intensity physical activity such as running or swimming, and muscle-strengthening workouts should take place at least twice a week.16

Due to their food choices, people on a vegan/vegetarian diet have a lower risk of atherosclerosis and cardiovascular disease.17 Switching to a plant-based diet can lower your risk of atherosclerosis and cardiovascular disease – by up to 40% in the case of coronary heart disease.18 An increased consumption of vegetables, fruits, whole grains, legumes, nuts, and oilseeds has a particularly positive effect. Daily consumption of fruits and vegetables can not only reduce the risk of coronary heart disease and stroke, but also has a positive effect on health in general. According to WHO (World Health Organization), about 6.7 million deaths worldwide can be attributed to insufficient consumption of fruits and vegetables.19

Plant-based foods have a protective effect because they contain vitamins (e.g. vitamin C, folate), minerals (e.g. potassium, magnesium), dietary fibre, and phytonutrients. However, for the reduction of cardiovascular risk, the interaction of the above-mentioned components is crucial. The intake of isolated nutrients cannot replace the regular consumption of vegetables, fruit, and other plant-based foods.

In contrast, meat consumption is an independent risk factor for cardiovascular disease. A US study of more than 500,000 participants showed an increased cardiovascular mortality risk in the groups consuming the most red meat. Compared to the groups consuming the least amount of red meat, the risk was 27% higher for men and 50% higher for women.20 The more red and processed meat that was consumed, the greater the level of risk. A recent review confirms this association. For example, the regular consumption of foods such as beef, veal, and pork can increase the risk of cardiovascular disease by 9%, while the regular consumption of foods such as bacon, sausages, and ham can increase the risk by as much as 18%.21