The impact of animal agriculture on world hunger 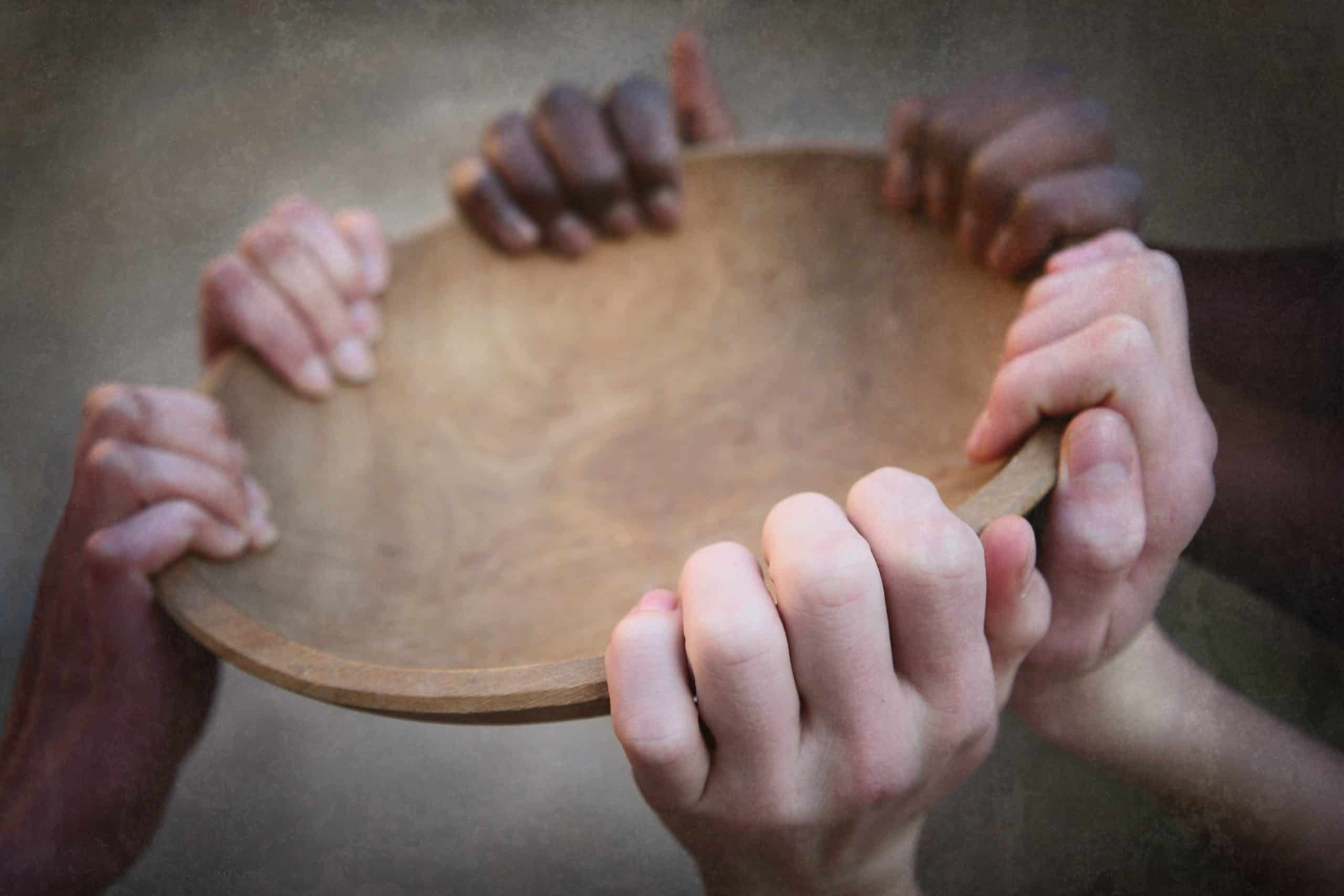 World population is increasing and with it the ever-growing risks of hunger, starvation, water scarcity, and environmental disasters. The question of how we feed the world fairly and sustainably has never been more urgent. A plant-based diet uses fewer resources, creates less pollution and pesticides, and can contribute to a fairer and more equal world. ProVeg provides information on how the production of animal products exacerbates both world hunger and the unfair distribution of food.

Unequal distribution of food is a global problem

Globally, 768 million people are undernourished.1 At the same time, nearly 2 billion people are overweight, with 650 million suffering from obesity.2 It is expected that the world population will grow by 25% between 2020 and 2050, with around 11 billion people on the planet by 2100.3 The question of how to distribute our resources and feed a growing global population in order to create a just world with less hunger, animal suffering, and environmental problems has never been more relevant. Achieving food security for everyone means doing more to ensure that everyone has reliable access to sufficient, safe, and nutritious food in order to maintain an active and healthy life.4

However, the real waste occurs in animal agriculture. About a third of global cropland is used to grow feed for livestock, not people.5 If all crops were used exclusively for direct human consumption, there would be enough food to feed 10 billion people by 2050 within environmental friendly limits.6 7 8

Intensive livestock production uses about a third of the world’s grain, and two thirds of soya, maize and barley, undermining global food security.9 10 Feeding grain and soya to animals and subsequently consuming their meat and milk is less efficient in terms of energy, protein, and land use than eating the plants directly – especially since intensive animal farming uses high amounts of potentially human-edible protein to feed animals.11 12 13

The growing demand for animal products requires developed nations to import hundreds of thousands of tonnes of animal feed – in particular, soya, maize, and grains – from developing countries in South America and Africa. The EU’s average land consumption per capita is 1.3 hectares, while citizens of countries such as China and India require less than 0.4 hectares per capita.14 Nearly 60% of the land required to satisfy the EU’s demand for agricultural and forestry products lies outside Europe.15 More than 50% of Germany’s domestically cultivated crops is used for the production of feed. In addition more than 60% of Germany’s land demand for cropland needs to be ‘virtually’ imported.16

Agriculture uses about 70% of global freshwater for irrigation of fields and for rearing farmed animals.17 Growing feed crops is responsible for 20% of the global freshwater use.18 Today, more than 2.1 billion people lack access to safe drinking water and more than 780 million people lack even a basic drinking-water service.19 Water scarcity is likely to increase, and it is expected that by 2025 around 1.8 billion people will be living in countries or regions with water scarcity,20 with climate change further exacerbating water availability across the globe. 21 The water footprint of conventional diets is larger than that of plant-based diets making it more water-efficient to reduce the consumption of animal protein.22 23

Animal agriculture contributes to deforestation and land-use change, in this case, the conversion of wilderness into farmland. The livestock and fishing industries are partially responsible for the loss of biodiversity, decreased ecosystem functions, climate change, and pollution. The consumption of animal-based products on a mass scale decreases food security for hundreds of millions of people in the Global South who are negatively affected by the land-use changes necessary to produce these products. Their land is used to raise crops to feed livestock in wealthy countries, and their oceans are overfished to satisfy demand abroad, while they themselves frequently struggle to simply survive.

Meat, dairy, eggs, and fish are, in truth, luxury foods that the vast majority of people do not need if well-balanced and varied plant-based diets are available.

ProVeg is committed to creating a fairer food system by not contributing to exploitation and demanding that politicians change agricultural and food policies to benefit people, animals, and the environment. Furthermore, ProVeg provides information about healthy, cruelty-free alternatives to animal products and makes them more readily available by advising and supporting innovative companies that want to enrich the food sector with their products. In its political work, ProVeg advocates and communicates the potential of plant-based lifestyles for tackling various problem areas such as resource conservation, environmental protection, and animal welfare.