Looking back at 2018 – the year plant-based living went mainstream 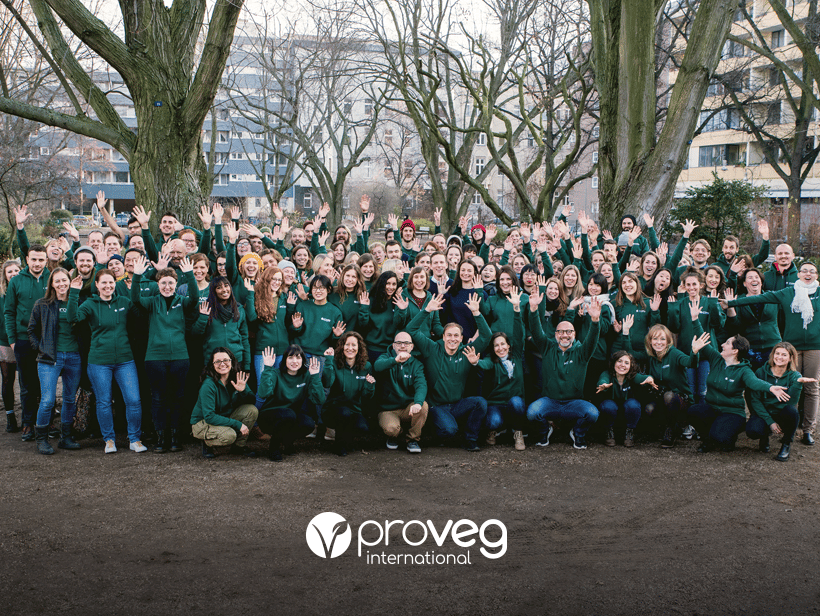 Interest in plant-based living soared in 2018, with many more people choosing to reduce their consumption of animal products in a shift towards a more sustainable, nutritious, and animal-friendly diet. While new trends were emerging, we at ProVeg were busy demonstrating just how appealing and effective plant-based eating can be. From high-profile campaigns and events, educational and institutional outreach, and corporate and political engagement, to our international expansion and community messaging, we focused on high-impact interventions in order to bring us closer to achieving our mission to halve the global consumption of animal products by 2040!

Our success would not have been possible without our committed team, supporters, donors, and motivated volunteers. We achieved many great things in each of our countries – UK, Spain, Poland, Netherlands, South Africa, and Germany. Let’s take a look at some of the highlights of 2018.

In 2018, we expanded our efforts around the world, bringing on board the NGO’s Vegilicious in South Africa and Viva Las Vega’s in the Netherlands. This exciting move expands the scope of our advocacy, giving us a stronger voice when engaging with the global food industry and governments around the world. We also expanded our outreach in China, where we’ve already had national media coverage of our events and developed our social media presence.

We participated in key events across the world, including the Reducetarian Summit in Los Angeles and the 50by40 Corporate Outreach Summit in Berlin. We’ll be attending more key events in 2019, developing our China programme further, and establishing our office in the United States. In addition, with the new ProVeg Grants programme, we’re now able to financially support impactful organisations in order to facilitate vegan advocacy and meat reduction campaigns in countries where we do not yet have a presence.

Our media outreach and campaigning activities were hugely successful in 2018! World Plant Milk Day, our collaborative campaign with Plant Based News, raised awareness about the great reasons to switch to plant-based dairy alternatives, with thousands taking part in the 7-day dairy-free pledge. We collaborated with local cafes and restaurants as well as national chains, inspiring them to offer plant-based milk, develop new products, and run special offers. We also worked successfully with the large dairy-alternative brands Alpro and Almond Breeze in the UK and South Africa. We could not have reached so many people without all of our supporters sharing the news and encouraging their friends and family to get involved.

We also coordinated the Worldwide Vegan Bake Sale in April, encouraging numerous individuals, cafes, and restaurants across six continents to show just how delicious and easy vegan baking can be. The initiative has raised more than £250,000 since its inception in 2009 and we can’t wait to run a freshly branded campaign this coming April!

Europe’s largest and oldest vegan trade fair, VeggieWorld, was a great success internationally in 2018, with fairs running in Germany, the Netherlands, France, Spain, Portugal, Switzerland, Belgium, and Poland. In the Netherlands, we attracted a record number of 7,800 visitors, with more than 80 exhibitors. In Barcelona, we attracted over 7,000 visitors and were featured on regional news channels and in national publications. VeggieWorld Poland also generated a great deal of media attention, including attendance from national television and radio stations and over 20 representatives present from important media platforms. We also gained support from significant online influencers, who enabled us to reach over 500,000 people with our content. In 2019, we will be expanding VeggieWorld outside of Europe for the first time, with events in Hong Kong and Hangzhou!

In April 2018, VegMed, our conference on plant-based nutrition and medicine, took place in Berlin, in collaboration with Charité Universitätsmedizin Berlin. With over 1,300 visitors and 50 speakers, the fifth edition of VegMed was the most successful event so far. The next VegMed be held in the UK for the first time in 2019 and again in Germany in 2020.

The Vegxperience, our interactive pop-up exhibition, took place at eight different venues in the Netherlands and crossed the English channel to Manchester, appearing at the LUSH Showcase in September. Using virtual reality, more than 2000 people were given the opportunity to better understand the reality of meat production and the benefits of plant-based living. Next year, we hope to make the exhibition truly multi-sensory by offering live samplings of tasty vegan products!

The VeggieChallenge, our free programme encouraging 30 days of more sustainable eating, with tips, recipes and support, was a huge success in 2018 and proved to be a highly effective resource for those looking to take their first steps into plant-based eating. With over 35,000 participants, it’s estimated that in total we saved the lives of 90,000 animals and prevented more than 1,000 tons of CO2 from being emitted. We are now in the early stages of internationalising the Veggie Challenge, which will become available in English, Spanish, German, and Polish this year. We’re also working hard on the first Veggie Challenge app to make the challenge even more engaging!

We also helped to boost international awareness of the growing market for vegan food products by speaking at trade fairs such as SIAL Paris, Health Ingredients Europe, and Biofach Shanghai. With the launch of the ProVeg Incubator, we began supporting promising startups with the development of innovative plant- or cell-based foods.

We also advised a large number of companies about developing vegan products, working with some of the largest meat and dairy manufacturers in Europe on the development of new plant-based products. We advised dozens of companies on the replacement of eggs, milk, and gelatine, and the development of vegan meat substitutes, snacks, salads, cheese spreads, biscuits, pastries, baking mixes, sauces, desserts, and coffee creamers.

Clearly, where there’s demand, there’s supply. We were hugely inspired by the millions of people around the world expressing their desire for more plant-based food options everywhere, from on-the-go snacks to meals and takeaways, and the mainstreaming of plant-based products on offer in supermarkets. Your shared belief in our mission and vision has helped us in dialogues with large (and smaller) companies to lead the way and demonstrate that a kinder, greener future is possible. Thank you!

In April, we held the 50by40 Corporate Outreach summit in Berlin in order to build an international alliance of non-profits focused on moving the food industry towards a plant-based future. Organised in collaboration with the US chapter of the Humane Society, the event was something of a milestone for the vegan movement, as ‘collective impact’ is crucial for organisations with a common agenda to achieve our shared goal of reducing meat consumption by 50% by the year 2040. We are very excited to see what the future brings as we develop this alliance further.

Schools can play an integral role in establishing healthy eating habits early on in life, instilling behaviours that can enhance pupil’s health, help protect them from killer diseases, and reduce our impact on the environment, as well as actually saving schools money. As part of our institutional outreach, we launched highly impactful school projects in the UK and continued with the already ongoing projects in Germany. In the UK, we engaged schools, local councils, and catering companies in our School Plates project, encouraging schools to make simple changes to their meal programmes and, in turn, making millions of school meals meat-free.

In Germany, we worked together with Sodexo to introduce a vegan action week in 600 schools. We developed the Climate-Efficient School Kitchen (in collaboration with Institut für Zukunftsstudien und Technologiebewertung) and Plant-Powered Pupils (in collaboration with health insurance provider BKK ProVita) programmes, reaching more than 23,000 pupils. We also received the exciting news that these projects had been awarded the prestigious Momentum for Change Award from the United Nations, which we were presented with at the UN Climate Change Conference in Poland in December. In 2019, we plan to expand our school programmes internationally and get even more children eating more plant-based meals!

In December, we attended the UN Climate Change Conference COP24 in Poland in order to put the climate impact of animal agriculture on the global climate agenda. Our ‘Diet Change, Not Climate Change’ campaign called for shifts in the way we produce and consume our food, which could have enormous potential to positively affect emissions, climate change, and food security. We hosted an event presenting the most innovative food solutions from around the world, looking at how these could be scaled up and integrated into policies.

With a billboard campaign and participation in many high-level panels and events, we made our presence known and urged the UN to engage with our message. We also had the privilege of presenting our petition of over 100,000 signatures, calling for the climate impact of animal agriculture to be addressed, to the UN directly. We look forward to developing our relationship with the UN further in 2019.

Our Political Outreach team were busy achieving many other political successes in 2018. In June, we became members of the Geneva Global Health Hub, which will allow us to engage with organisations such as the World Health Organisation (WHO) on topics such as nutrition and disease. We were also invited to New York in July to participate in the High-level Political Forum (HLPF) on Sustainable Development at the United Nations headquarters, sharing our vision and possible solutions on the topic of deforestation and food-system transformation. We also lobbied the European Commission for clearer food labelling for vegetarian and vegan food products.

We have a busy year planned for 2019 and look forward to advocating for the potential of plant-based eating and accelerating systemic change even further!

Last but not least, ProVeg was assessed by Animal Charity Evaluators as a Standout Charity in 2018, which makes us one of the world’s most effective charities working towards increased animal welfare.

With such a successful year behind us, we can’t wait to see the progress that 2019 will bring. With many exciting projects on the horizon, and having internationalised and expanded our workforce to over 140 staff worldwide, we are confident that 2019 will be our most impactful year ever. We look forward to collaborating further with governments, public institutions, and the food industry to improve the taste, ease, and accessibility of plant-based food. Thank you for your support in helping us achieve this for the planet, animals, and our health!

To build on our shared achievements and inspire even more people to take action, reduce animal consumption, and help create long-term change in the food system, we hope you will continue to support us. The best way to help is by setting up a regular donation, volunteering and spreading the word. We are so grateful to have such motivated and dedicated supporters, volunteers and staff! Together, we can do this! 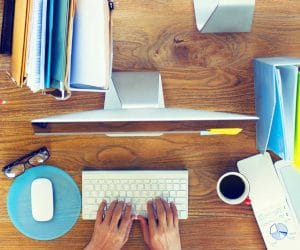 ProVeg is growing. We need passionate, capable people to join us in the fight for a more humane, healthy, and sustainable planet. If you are interested in becoming part of the ProVeg family, please see below for our currently open positions. We look forward to your application!