International School Meals Day: How can schools encourage the switch to plant-based food? 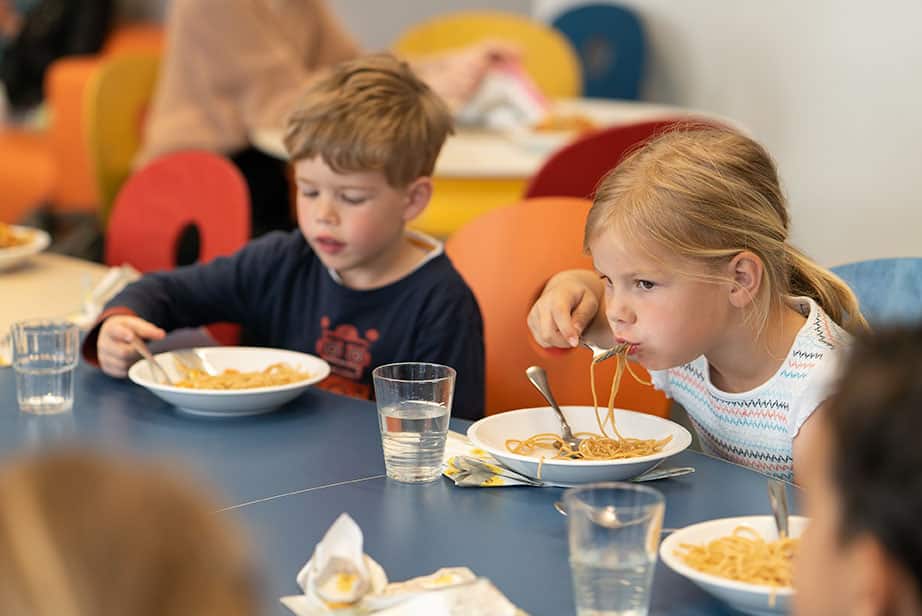 Today, 12 March, is International School Meals Day, a day to raise awareness of the importance of good nutrition for all children, regardless of their circumstances. Over a number of years, ProVeg has worked with school catering teams in the UK and Germany to increase the availability of plant-based school meals, in order to provide healthier and more sustainable meal options.

Throughout this period, we’ve noticed that school staff are often surprised to discover how they unwittingly encourage meat over vegetables, simply because the meat based dishes have been subliminally prioritised through positioning, or named more enticingly than their more sustainable alternatives.

For this reason, we focus on language as a key area that schools need to address when presenting plant-based food to children. A study by Cornell University even found that when children were offered so-called ‘X-ray vision carrots’, they ate 62% more of the vegetable than when it was referred to as just plain old carrots.

Asking staff to encourage pupils to eat less meat isn’t just a matter of helping children eat a healthier diet at school. In presenting plant-based or vegetarian options to children in the right way, staff also actively encourage climate-friendly choices. This approach can be effective, as a recent YouGov survey from the Eating Better Alliance showed that teenagers actually want climate-friendly food, but ‘feel limited’ by the meals they’re offered.

There are not only environmental benefits from introducing more plant-based school meals and moving away from reliance on meat, but huge health benefits, too. The World Health Organisation (WHO) classifies processed meat (sausages, bacon, ham) as ‘Group 1, carcinogenic to humans’. (Tobacco, asbestos, alcohol and plutonium are also in this category). Red meat is classified as ‘Group 2A, probably carcinogenic to humans’. Meanwhile, the Eating Better alliance published a report recently on our unhealthy reliance on chicken. Compared to 1970, modern day chicken provides far fewer nutrients and now has 22.8g of fat per 100g. In 1970 it was just 8.6g.

Livestock is responsible for a vast amount of greenhouse gas emissions. And in 2016, Chatham House published a report stating 75% of the world’s soyabeans (grown on specifically deforested land) are used to feed farmed animals.

The sticking point seems to be challenging old-fashioned ideas when it comes to labels like ‘vegan’. Many caterers will still hear terms like ‘vegan’ or ‘vegetarian’ and think ‘complicated’. Even the UK Prime Minister, Boris Johnson, when questioned on the likelihood of trying Veganuary, replied, “It just requires so much concentration”.

The truth is far more straightforward, and we have experienced staff leaving our plant-based training feeling not only empowered and willing to try out new dishes, but also passionate about creating these climate-friendly, healthy meal swaps – all by reducing our reliance on meat and dairy.

So, there may be no better time to make plant-based school meals more available and actively encourage children to try healthier, more sustainable, kinder food. Whether pupils are inspired by Greta Thunberg, Billie Eilish, Ariana Grande, Joaquin Phoenix, Miley Cyrus or Lewis Hamilton, theirs is a generation defined by a new way of eating and living. Whatever the reason – animal suffering, climate change, taste or health – there are children everywhere eager to try better food. Let’s make sure they can.

Read more about our UN-award-winning projects to develop plant-based options in schools.