International School Meals Day: ProVeg UK’s School Plates programme goes from strength to strength in the face of the the pandemic 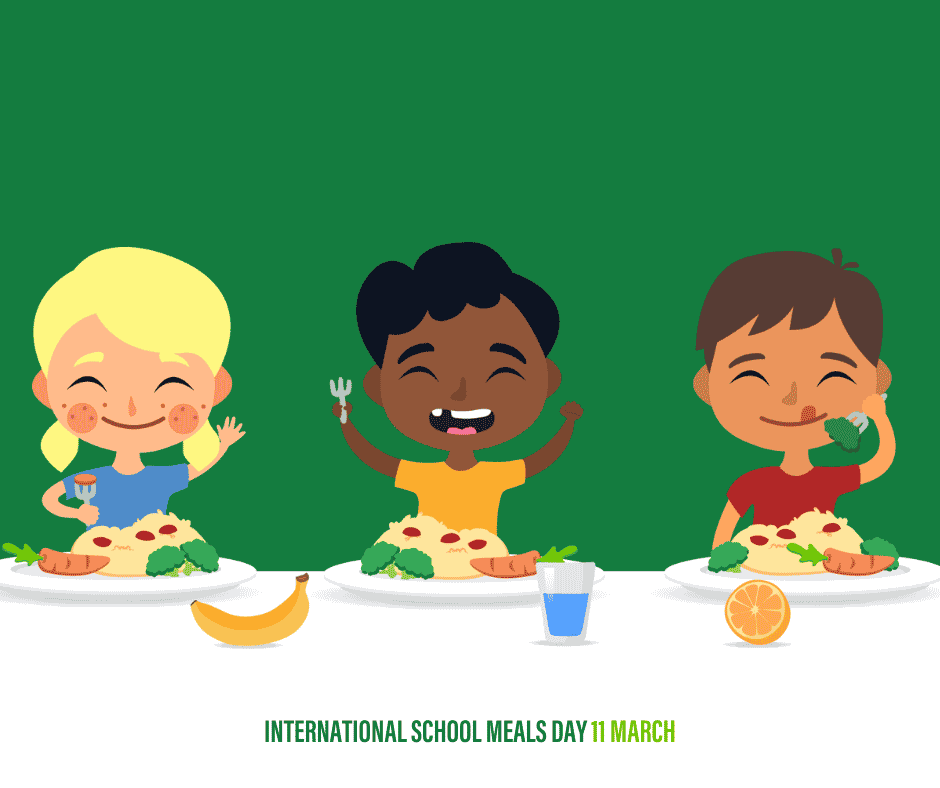 Today, 11 March, is International School Meals Day. ProVeg UK’s School Plates programme works with school catering teams in the UK to increase the availability of plant-based school meals and provide healthier and more sustainable meal options. We sat down with ProVeg UK Director Jimmy Pierson to talk about the programme.

Jimmy, what exactly is School Plates?

“School Plates is our programme to deliver menu change across UK schools in order to improve the health of our children and the planet. We offer a range of services – all free of charge – aimed at increasing the uptake of existing vegetarian meals and increasing the quantity and quality of plant-based food. And this has the wonderful added bonus of often saving money, which is so important in the current cost-saving climate. We also want to shift attitudes towards plant-based foods, not just among children but also among parents and catering staff.

We work mostly with local authorities’ catering teams that are responsible for the food in multiple schools, sometimes as many as 450, but typically around 100. This is much more effective than approaching schools individually.

We take a soft approach and focus on small, easy-to-implement changes. We want to work with local authorities in the long term, so we work in phases, encouraging gradual changes that are sustainable in every sense of the word.

We add new meat-free days, usually themed as planet-friendly days, and increase the variety and diversity of schools’ existing vegetarian and vegan food with new meal and recipe suggestions.

A lot of our work focuses on rebalancing the layout and language of menus that have for so long been unconsciously biased or weighted towards meat-based meals. Through small tweaks – all based on research – we redress this balance and restore parity between meat-based and vegetarian meals, which are so often an afterthought. We play around with language in order to make meal names and descriptions more attractive, and change the positioning of meals on menus in order to make the meat-free and plant-based options more appealing and accessible to everyone, regardless of their usual diet.”

2020 has been a particularly challenging year for all of us. How did the pandemic influence the School Plates programme?

“In many ways, it made our challenge so much harder. UK schools were closed, then opened, and then closed again as the country moved in and out of lockdown. When they were open, we saw lots of reduced menus and cold-food-only menus, which made our menu-change work all the more difficult.

We also couldn’t deliver our plant-based culinary training and workshops, which only really work in person. These can be highly impactful, and we’ll resume them as soon as we can in 2021.

In other ways, however, the pandemic actually helped us. With the shift to online meetings, we were able to hold more meetings more often, which also saved us time, as we didn’t need to travel around the country.

Overall, throughout the pandemic and lockdowns, we grew our programme at a faster rate than ever before. Catering teams have been very grateful for our help and gladly received our services. They’ve welcomed all the help and support they can get at a difficult time. And now they’re recommending us to other catering teams.”

Why did you decide to work with schools instead of focusing on adults?

“At ProVeg, we pride ourselves on being pragmatic and effective – we focus on being as impactful as we possibly can. And so, choosing to influence children rather than older demographics made a lot of sense to us, particularly in the longer term. Through the School Plates programme, we have the chance to influence the future eating and purchasing habits of the millions of children going through the school system, for decades to come.

We also saw a gap in the market. We carried out a scoping exercise and found lots of organisations seeking to influence school food, but none specifically focused on meat-reduction and replacement.”

Since you started working with schools, what have you achieved and what are you planning to achieve with the school plates programme in the future?

“The last seven months – in challenging times – has been our most successful to date. The team began relationships with seven new local authorities, and started working on menu change across 765 of their schools, which in total educate over 165,000 children. New relationships were also initiated with a multi-academy trust of eight schools, and two large private schools.

This year, we’re looking forward to reintroducing our plant-based culinary training as well as our educational workshops, and also placing a greater emphasis on measuring the impact of our work in terms of meals swapped, animals spared, and emissions saved. The impact of even the smallest changes can be significant. For example, if a single medium-to-large-sized local authority introduces a new meat-free day, that equates to roughly a million meals a year going from meat-based to meat-free.

Of course, we’re still focusing on securing even more local authority partnerships – we’re hoping to double our current number this year! Even though we’re a small team, we’re effective and have big ambitions. There are 343 local authorities in England and Wales, and we want to engage with them all, eventually!”