New Food Conference 2021 at Anuga: taking a look at the future of protein

You can attend the the New Food Conference at Anuga, the leading trade fair for the food industry, either on-site or online.

Proteins are one of the basic building blocks of the human body. But what are the alternatives to the animal protein that currently dominates dietary habits in many parts of the world? Mushrooms, algae, and cultured meat are key areas which offer untapped potential. This latest edition of the New Food Conference, which takes place on 10 and 11 October, at the Anuga trade fair, focuses on these promising alternative sources of protein.

This October, the New Food Conference takes place at Anuga, the leading trade fair for the food industry, for the first time. The NFC, Europe’s largest conference on alternative protein, once again invites you to take a look towards the future – either digitally or in person. Attendees can look forward to lectures on biotechnology, hybrid products, fermentation, and cellular agriculture, as well as discussions of the ethical and regulatory issues involved. Leading startups, including Peace of Meat, Solar Foods, Shiok Meats, Bluu Biosciences, and Avant Meats, will provide insights into their latest developments. 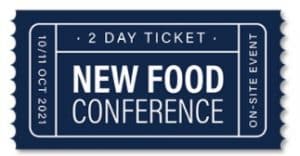 Looking towards the future: what are the protein sources of tomorrow? Get your tickets now!

Cultured foods are the future. According to management-consultancy Kearney, 35% of global meat consumption will be provided by cultured meat by 2040.1 Cellular agriculture promises a smaller ecological footprint compared to conventional animal husbandry, as well health benefits such as better nutrient profiles, decreased risk of antibiotic resistance, and the prevention of future pandemics. Cellular agriculture will also have a significant quantitative impact on animal welfare.

In Singapore, cultured meat is already being served, with cultured-chicken nuggets from Eat Just available at Restaurant 1880. The country was the first to approve the sale of cultured-meat products, in December 2020.2 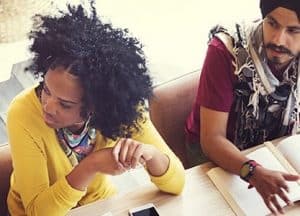 How is cultured meat produced? What advantages does it offer? And how will the market develop? Find out more at ProVeg's CellAg project`}`

Mushrooms offer a promising alternative to conventional meat products. One of the reasons for this is their naturally fibrous and ‘meaty’ texture. Startups such as Meati Foods and Kinoko Labs are taking advantage of this characteristic in order to create meat alternatives with convincing textures. This is particularly exciting in terms of one of the holy grails of meat production: whole cuts such as steak.

The advantages of mycoprotein

Mycoprotein (protein derived from fungi) is also suitable as a functional ingredient and can be produced at low cost. In addition, current biotechnology allows for the feeding of fungi with industrial waste products, providing a promising approach to closing raw-material cycles.3

Mycoprotein also has the benefit of a small ecological footprint: compared to the production of beef, mycoprotein produces up to 10 times less greenhouse gases4 and uses significantly less water and land. The British manufacturer Quorn has long recognised the potential of mycoprotein, with fermented tubular mushrooms forming the basis for their wide range of alt-meat products, from mince to sausages, nuggets, and vegan fish fillets.

Algae: versatile and the topic of the New Food Conference

Algae is another promising future-protein source. Algae grows quickly, produces a lot of biomass, and uses less land than traditional crops. The species diversity alone indicates the potential of algae, according to Dr Jean-Paul Cadoret, President of the European Algae Biomass Association and a speaker at the New Food Conference. “It is now thought that there are several million species of algae. So far, about 70,000 have been identified, but less than 100 are used.”

Algae is increasingly coming into focus in food technology. Dr Cadoret knows why: “Their diverse biology and biodiversity allows algae species to live in extreme environments. This results in a wide range of technological applications, from the production of carbohydrates, oils, and vitamins to hydrocarbons and biodegradable plastics.”

The algae sector still has room to grow

A report by Global Industry Analysts estimates the current global market for algae proteins at US$771.3 million. It is expected to grow to 1.1 billion US dollars by 2026.5 According to the report, manufacturers have so far experimented mainly with Spirulina, Chlorella, and phytoplankton species.

You can find out more about algae, mushrooms, cultured meat, and other future protein sources on 10 and 11 October, at the New Food Conference at Anuga in Cologne. Get your tickets now!