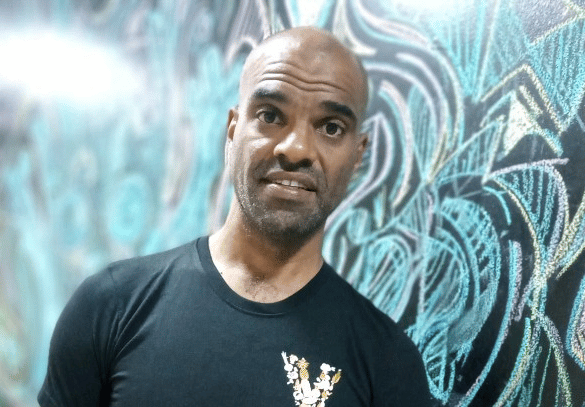 The African continent is set to be home to 2.5 billion people by 2050, with food sustainability a key concern in the face of climate change. From Johannesburg to Cairo and everywhere in between, local entrepreneurs are rising to the challenge. Hakeem Jimo, CEO of VeggieVictory – one of Nigeria’s first vegan protein producers – is one of these African pioneers who are bringing plant-based protein into the mainstream.

VeggieVictory started eight years ago as a vegan restaurant. For the last five years, we’ve been developing an original product and going through the registration process. We are now in 50 retail stores and more than 20 restaurants.

How do you attract consumers to your plant-based proteins?

You need local champions who understand the taste because palettes are different here compared to the West. Expectations of meat are different – there has to be some chunky thing on top of the rice that looks chewy. They don’t want this tofu feeling – I personally like tofu but it does not convince meat-eaters in Africa. It often seems that vegan entrepreneurs are playing catch-up to achieve tastes that are similar to the original animal-based products. In this part of the world, it might be a bit easier – as long as the protein is chewy, people are fine.

Our strategy is similar to big alt-meat players elsewhere like Beyond Meat – you need to get the product in people’s mouths. We also see the highest conversion rates when people actually taste our Vchunks. You could say that chewing is believing. However, Nigeria and other African countries remain challenging markets because the retail and restaurant segments are so fragmented. We don’t have really large national chains. So we have to get into a sea of local, independent restaurants and stores, which takes a lot more time and energy.

Developing countries work differently. In the UK, you have Tesco, Asda, Lidl, etc., and if you strike a deal with them you’re immediately in thousands of outlets. That does not exist in Nigeria – a country of 200 million people and doubling in the next two decades. One of the largest retailers is Spar – and they have 15 outlets! In the entire country!

People go to the market in the morning and get their day’s food. That’s where the food is inexpensive. We need to get into these locations if we’re going to reach the Nigerian mass market since less than 10% of food is sold in supermarkets.

We are positioning ourselves as Nigerian and pan-African. Imported products here are expensive, so most people here can’t afford imported vegan products. Our meat substitute Vchunks is very close to meat in terms of price points – and often cheaper. If our product was much more expensive than meat, we know that we’d be pricing ourselves out of the market.

Is there an international market for African plant-based proteins?

Absolutely. Nigerians abroad are still connected to the Nigerians at home. And in the US, the fastest-growing vegan community is African American. However, vegan ethnic food products are still rare. I totally agree with the view that we need local champions of vegan food products in every part of the world. In Nigeria and even Africa as a whole, VeggieVictory is a first-mover. We are now bringing our Vchunks to international markets – having started with the US, the UK, and Kenya. There is even a restaurant in New York that now offers Vchunks on its menu.

Thanks so much for sharing your experiences with us, Hakeem!

In 2021 ProVeg launched the ProVeg Africa Accelerator programme, aimed at providing financial support and expertise for local African plant-based entrepreneurs. If you know someone who might benefit from our programme, we would love to talk with them. Find out more here.