ProVeg’s New Food Conference: working together to change the way we eat 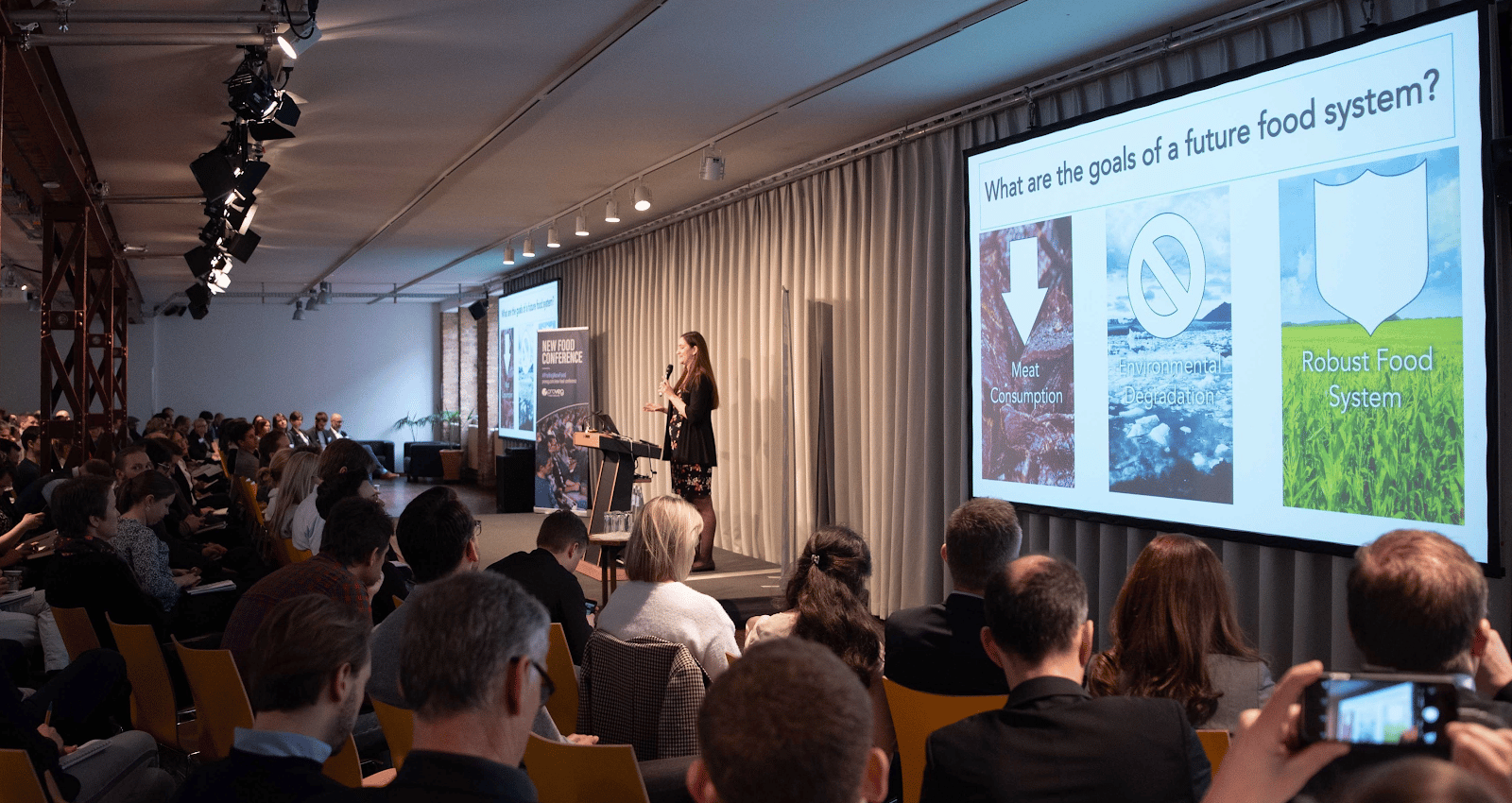 The world is ready to enter a new era of food. Experts from all over the world came together at the ProVeg New Food Conference last week to find out more about novel food solutions that will strongly reduce the use of conventional animal products in the future. Renowned pioneers in their fields gave insights into what’s currently possible with plant-based protein sources, as well as a peek into the future of cell cultivation processes.

The fact that the conference sold out weeks in advance is proof of the relevance of the topic, with the composition of the audience reflecting the many different fields that are involved in shaping the food of the future. More than 300 attendees from over 30 different countries made their way to Berlin – representatives of large food corporations shook hands with researchers and market analysts, young startup entrepreneurs got in touch with investment strategists, and members of the press conducted interviews to share these novel ideas with the broader public. Those who did not manage to get a ticket could still enjoy the content of the talks via the livestream, an opportunity that almost 3,000 people made use of.

Young demographics are driving the change to plant-based foods

Both speakers and attendees agree: the current methods of food production are neither sustainable nor viable and it is just a matter of time until common production methods will be replaced. Or as Dr Neta Lavon from Aleph Farms put it: “We are the new farmers who are going to work hand in hand with today’s farmers, bringing a variety of food to a variety of people”. It’s especially millennials, the demographic group of people born between the early 1980s and late 1990s, who are strongly questioning current eating patterns. In contrast to earlier generations, they do not perceive meat as a luxury and instead view it in terms of the problems it represents, with health and environmental concerns being the strongest drivers. It is this shift in perceptions that allows for major changes in diets.

All of the speakers at the event agreed that foods need to be delicious, competitively priced, and conveniently available in order to successfully establish themselves in the market. Decisions about food are never isolated choices but are always an interplay of multiple factors that need to be taken into consideration when trying to shape a newly developing market. While the foods we consume are determined by tradition, exposure, and habits, consumers are also willing to explore new experiences. Which does not mean missing out on traditional dishes: cultivated bluefin tuna, chicken tikka masala, foie gras, or fungal egg white – it’s all out there in the making. 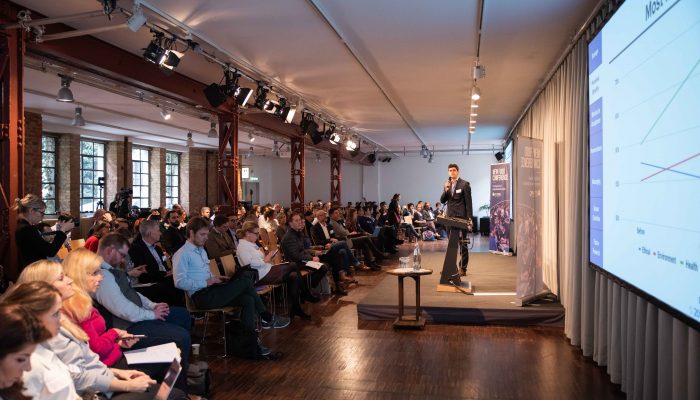 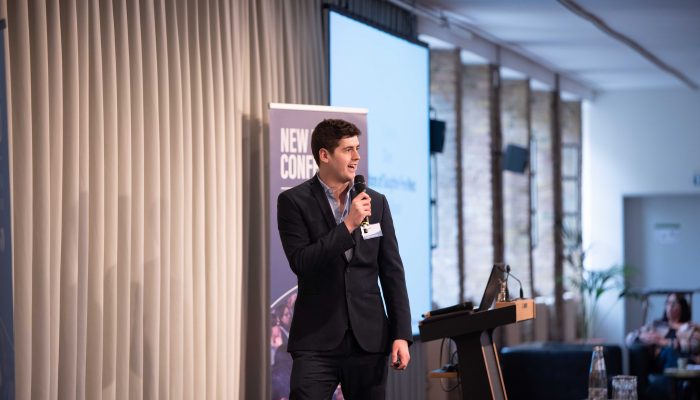 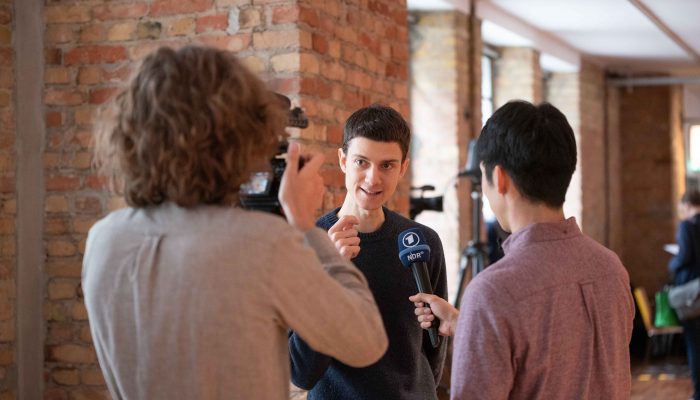 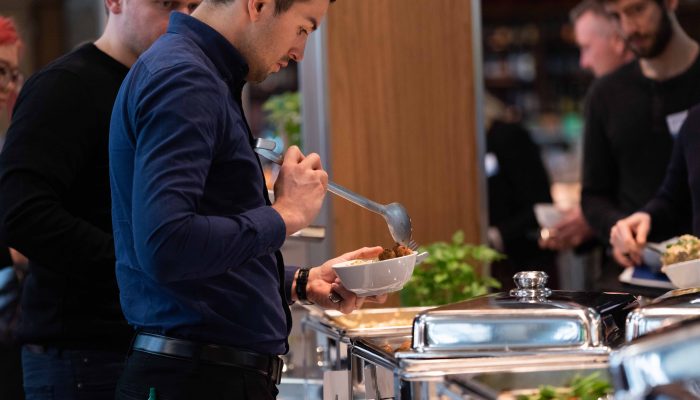 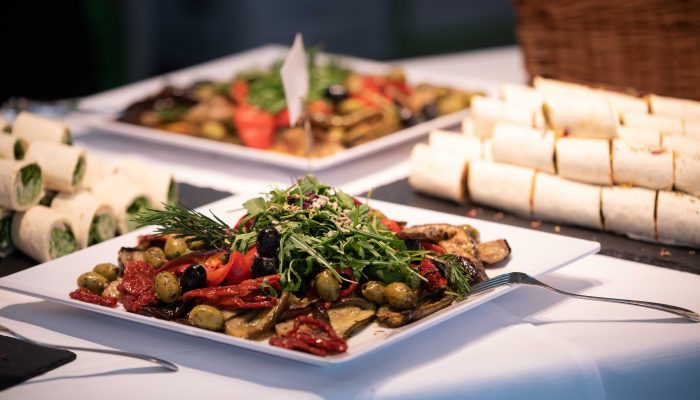 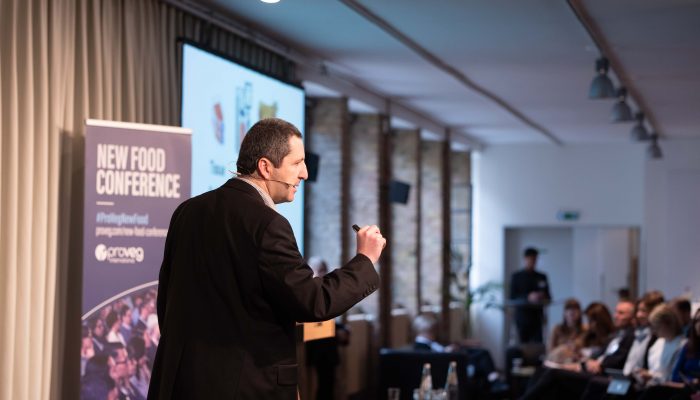 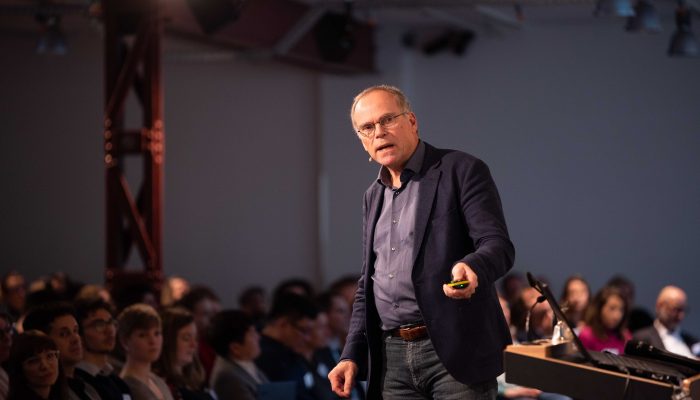 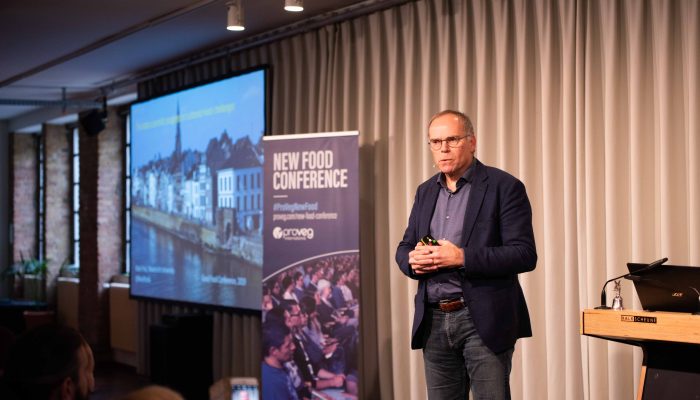 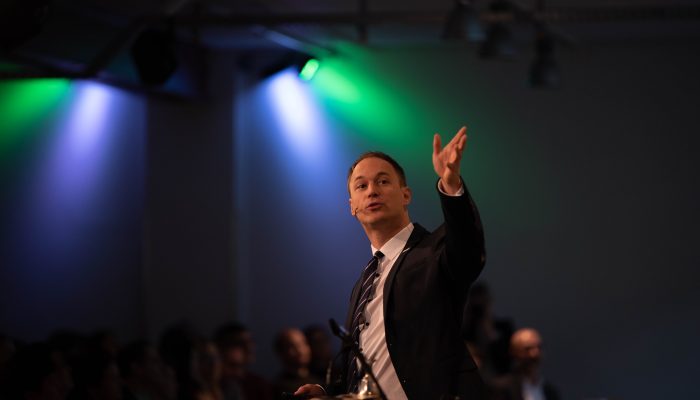 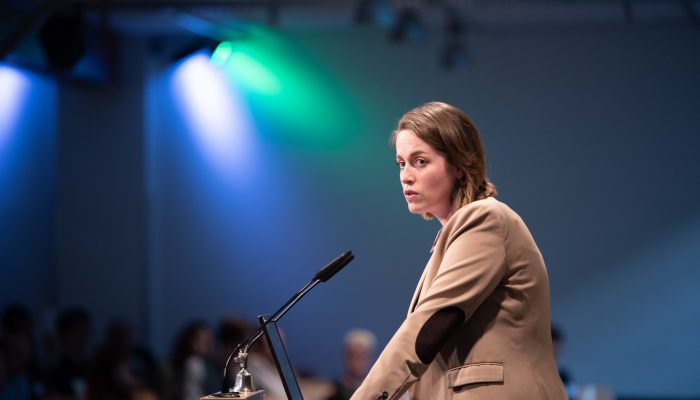 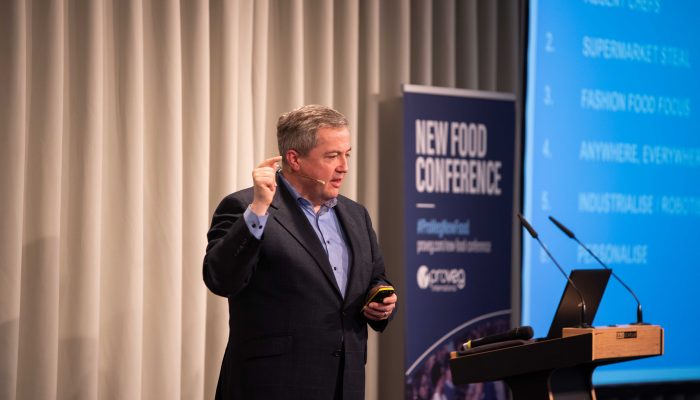 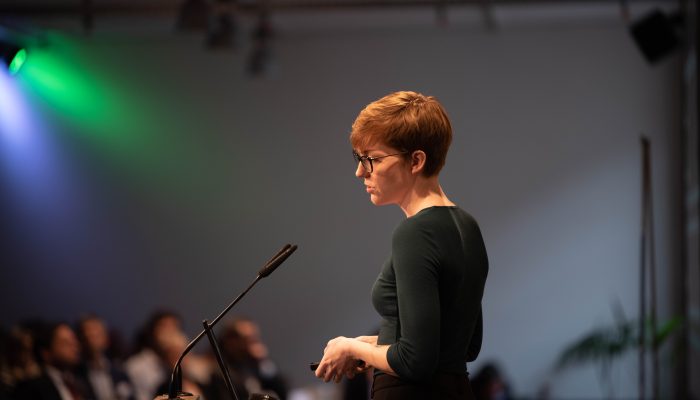 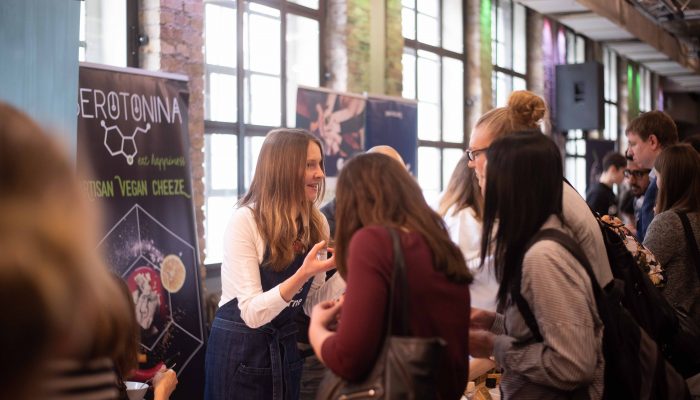 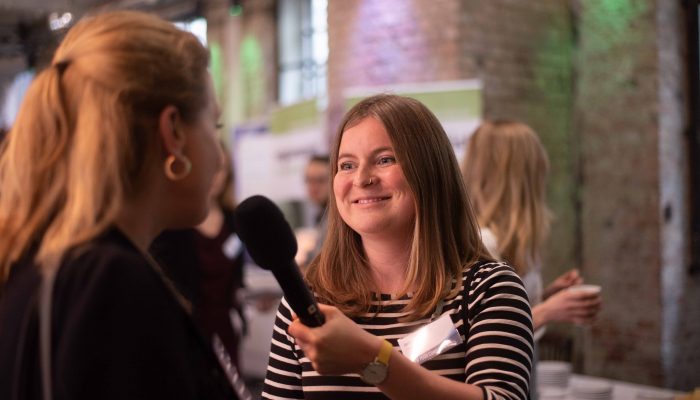 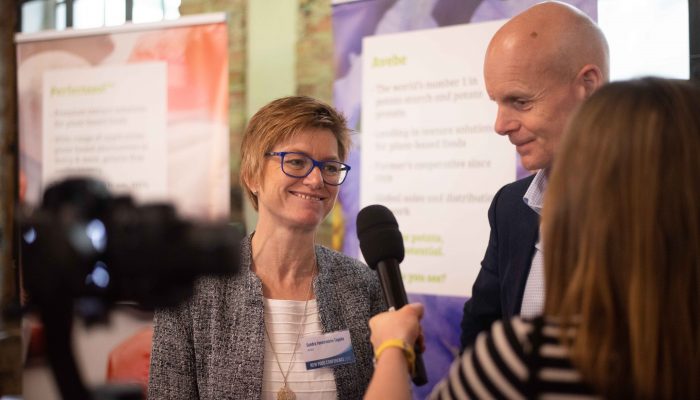 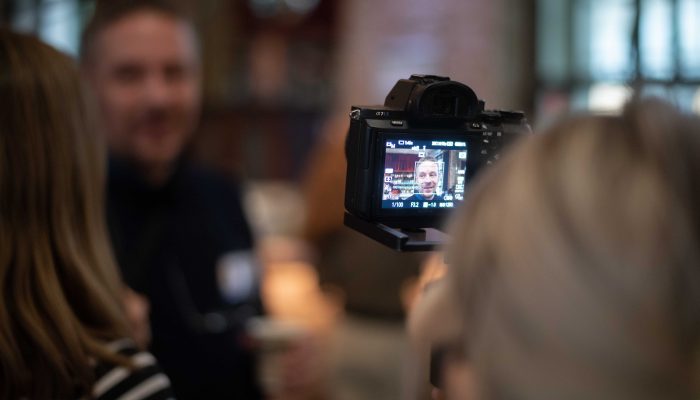 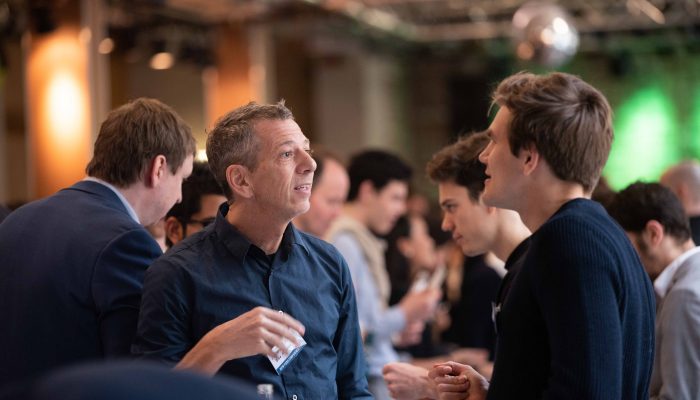 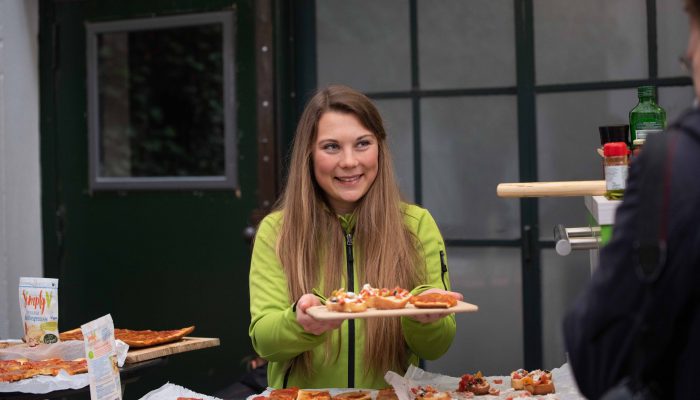 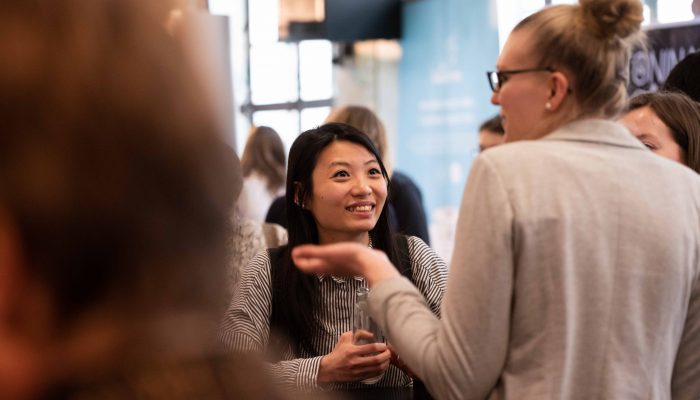 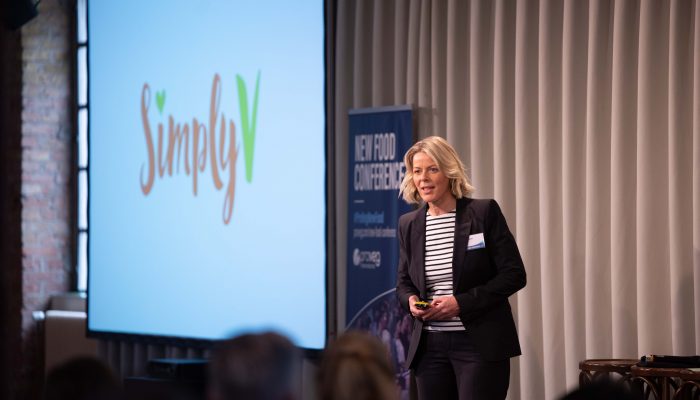 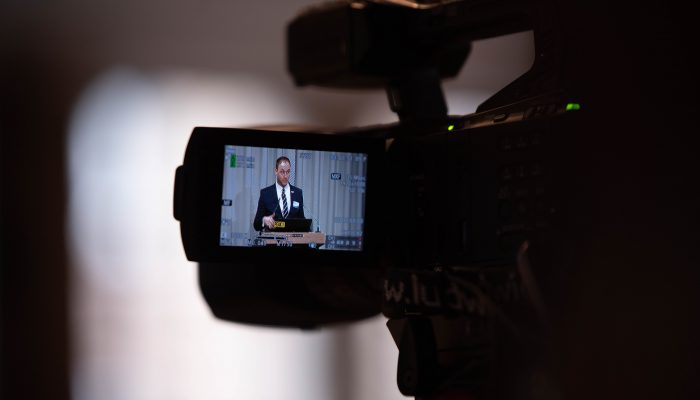 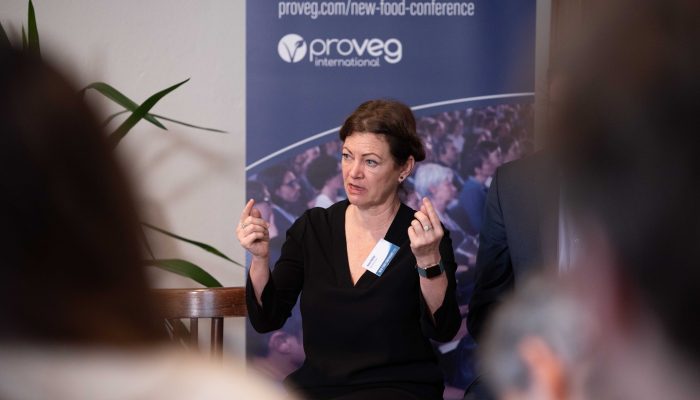 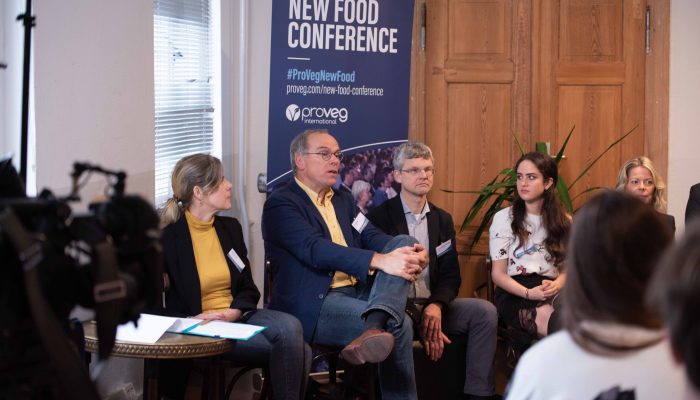 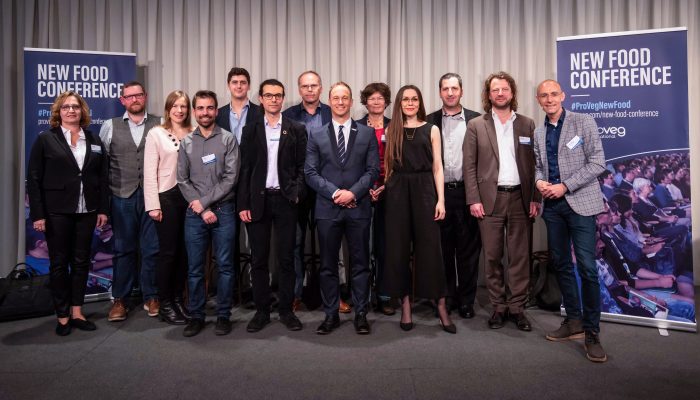 While many of these novel food products are still in developments, others are already poised to enter the market. Artisanal cashew-based ‘cheese’, ‘salami’ made from potato protein, and almond ‘parmesan’ are just a few of the products that were offered for tasting at the New Food Conference, creating a number of ‘wow’ moments for attendees. Startups from the ProVeg Incubator also launched new products at the food conference, including a beef jerky analogue as well as aged cashew ‘cheeses’. Convincing optics, texture, and flavour helped the attendees get an idea what is already possible in terms of plant-based foods, while captivating talks from more than 30 speakers provided a clear vision of where the food industry is headed in the coming years. It is a journey that will involve players from all sectors of the food industry. To use the words of farmer Illtud Llyr Dunsford: “This is not a threat, this is an opportunity.”

We are dedicated to making optimal use of this opportunity, and look forward to welcoming you to the next edition of the New Food Conference in 2020. More details will follow shortly, so stay tuned!

A big thank you

The first New Food Conference was a great success, inspiring the delegates who attended and establishing new networks and connection. This success would not have been possible without the support we received from our main sponsors, Rügenwalder Mühle and Simply V, as well as our supporters Hydrosol, Döhler, Veeconomy, and Good Seed Ventures. Many thanks to the speakers who have travelled from all over the world to share their expertise, as well as to the exhibitors for creating such positive tasting experiences. 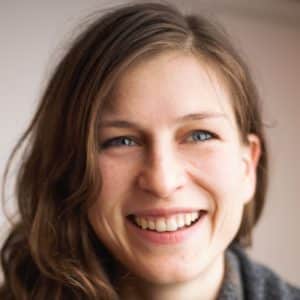