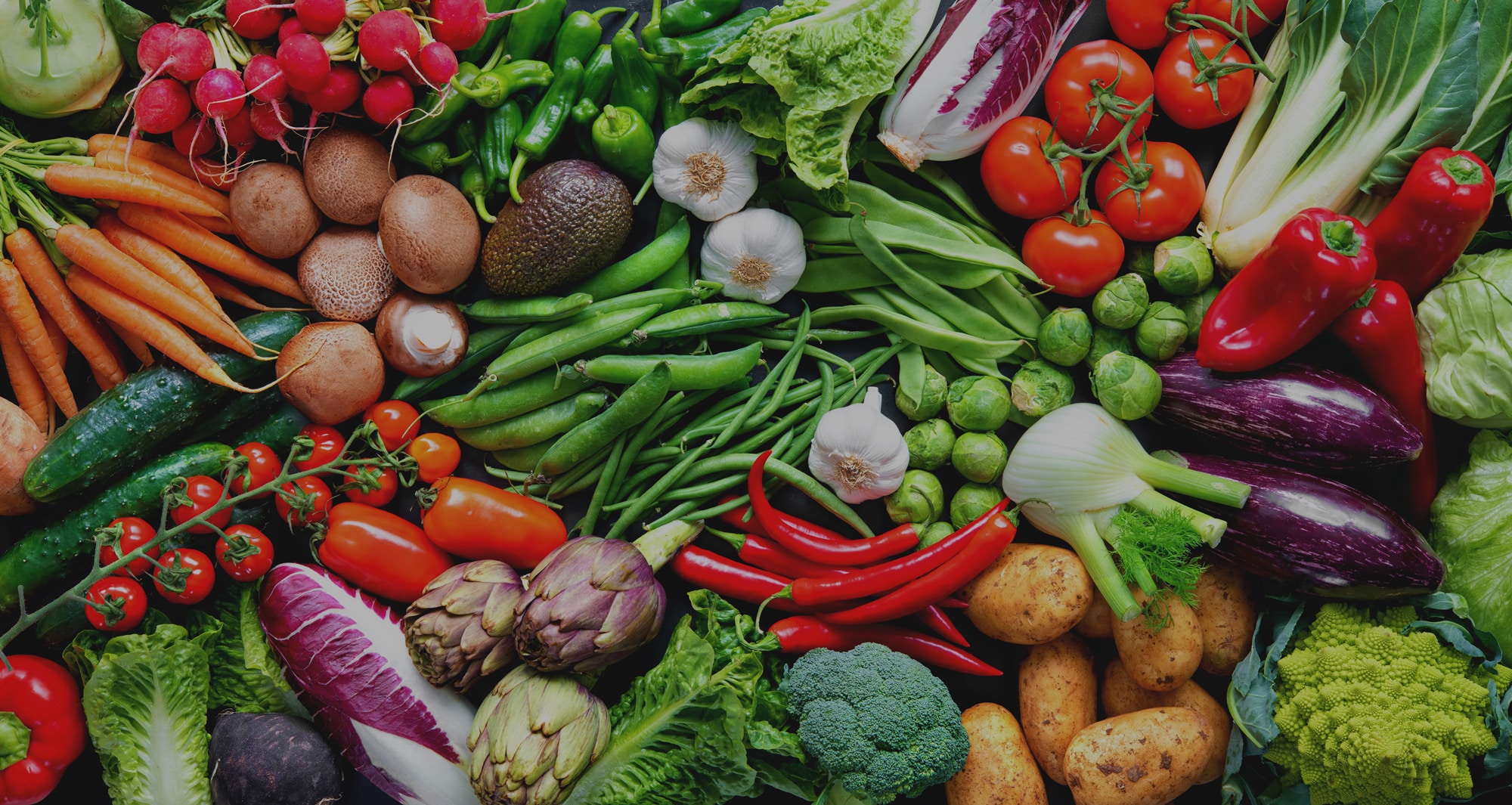 ProVeg, in partnership with Worldchefs and the Hangzhou Vegetarian Association, is pleased to announce that the New Cuisine: Sustainable Foodservice & Culinary Summit will take place in Hangzhou on November 4-5, 2021.

The conference will equip foodservice professionals with the information and skills needed to make more sustainable food choices and pioneer future plant-based trends. It is hoped that this intervention will cascade across consumer habits in China as well as in other parts of the world. Over 300 restaurateurs and chefs from around the world will attend the conference.

The Summit was approved by the Chinese government with the support of the Vegetarian Association of Hangzhou. 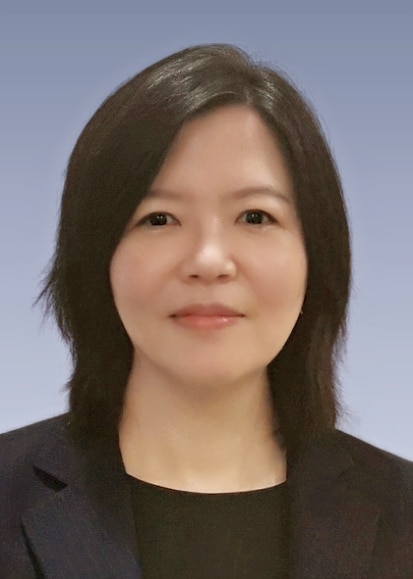 Shirley serves as Managing Director – Asia and Chief China Representative of ProVeg International. She launched the world-first plant-based innovation campaign with major universities and leading food companies in China and South-East Asia, which won a Digital Communication Award. To accelerate plant-based innovation, Shirley has spoken at and launched food forums that bring together officials, academics, senior executives as well as startup entrepreneurs and investors to provide insights and shed light on opportunities and challenges. She is also a Coordinating Lead Author for an upcoming UNEP General Environment Outlook Brief on The Changing Role of Business in Transforming the Food Systems. 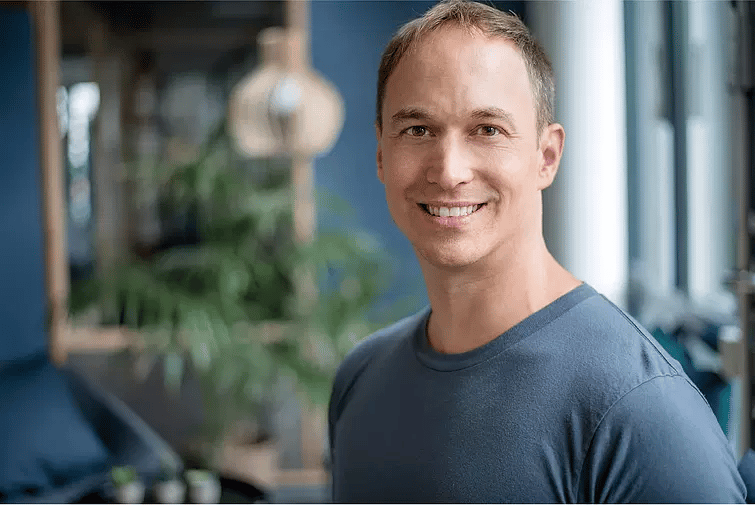 Sebastian Joy is the Founding President of ProVeg International, an international food awareness organization working to transform the global food system by replacing conventional animal products with plant-based and cultured alternatives. He also helped kickstart 50by40.org, an international alliance of over 40 NGOs working to reduce the global consumption of animals by 50% by 2040, where he serves as the Executive Chairman. In addition, he is Vice President of the European Vegetarian Union, a partner of V-Label, a mentor at Charity Entrepreneurship, and was a lecturer in Nonprofit Management at the Berlin School of Economics and Law for several years. He currently lives in Berlin with his wife Dr Melanie Joy. 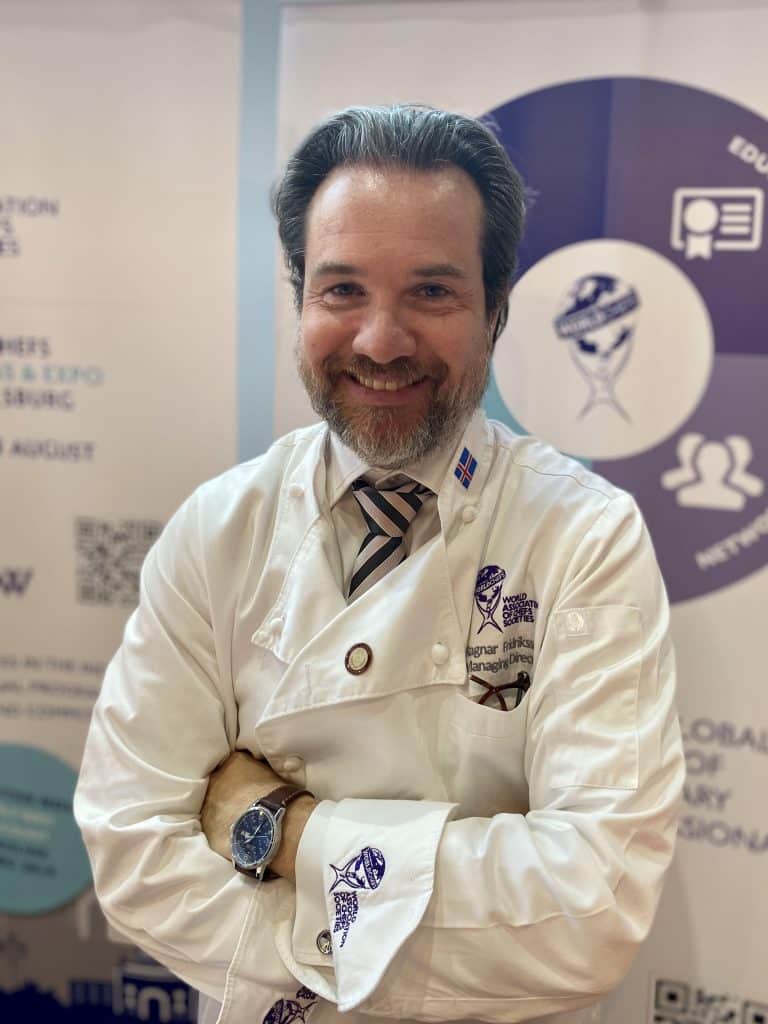 Ragnar Fridriksson is a hospitality professional with over 30 years of international experience. Since 2009, he has held the position of Managing Director of the World Association of Chefs Societies (Worldchefs), a global body that represents national chef associations in over 100 countries. He has a wide experience as a manager, marketing consultant, food and wine writer, food photographer, sommelier, and restaurateur. Ragnar holds an MBA from Bradford University, UK, a Masters degree in gastronomy sciences from Hautes Etudes de Goût – HEG, France, and a Bachelor's degree from the Norwegian School of Hotel & Tourism Management in Stavanger. 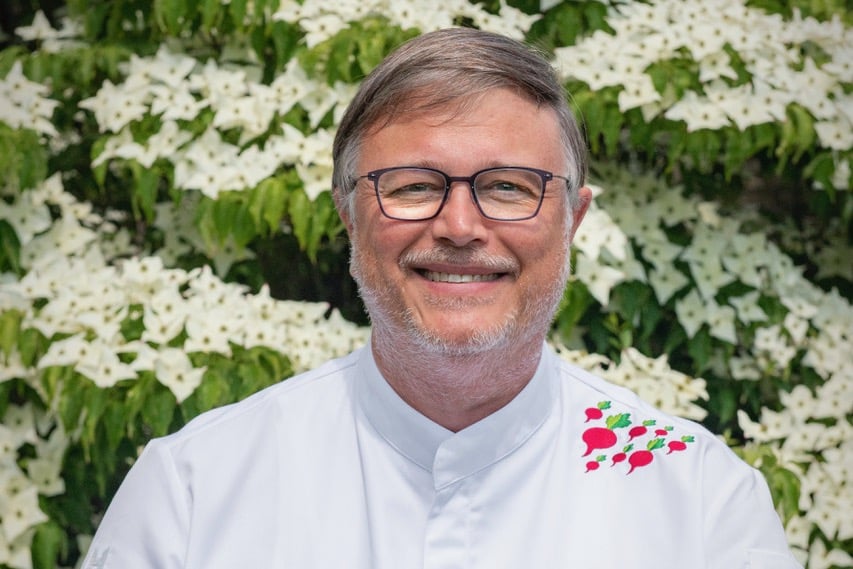 Frank Fol is the former chef and owner of the Michelin-starred restaurant Sire Pynnock. For more than thirty years, he has been passionate about all produce grown on our earth and his cooking has been very much geared towards the use of vegetables and fruits. A former celebrity star in Belgium, today he is an international consultant on healthy and balanced plant-based food. He also consults, coaches, and holds workshops all over the world. 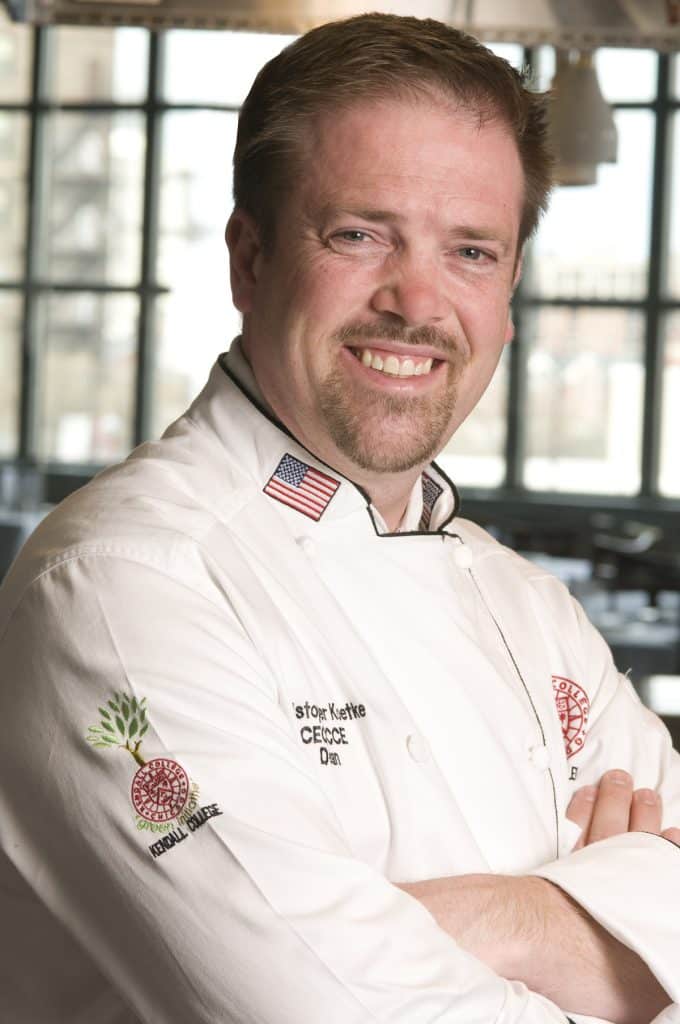 Christopher Koetke has worked in culinary arts for well over three decades and is now President of Complete Culinary LLC, a consulting firm dedicated to a comprehensive view of food and beverages. In the last 20 years, he has devoted his professional life to culinary education at Kendall College, including 48 campuses in 12 countries. He is currently the Chairman of the Feed the Planet Committee of Worldchefs. Before dedicating himself to culinary education, he worked as a chef in gastronomic restaurants and has experience in some of the finest restaurants and patisseries in the USA, France, and Switzerland. He hosted his own national TV cooking show for nearly five years, wrote for prominent newspapers and trade publications, and is author of The Culinary Professional. He is an expert on food-concept development, culinary sustainability, and the application of amino acids as flavour elements.

Ding Gangqiang is the Chairman of the Zhejiang Nutrition Society, and a member of the Public Nutrition Subcommittee of the Chinese Nutrition Society. He has solid theoretical knowledge and rich practical work experience in epidemiology and nutritional health. He has received 10 awards for his work. 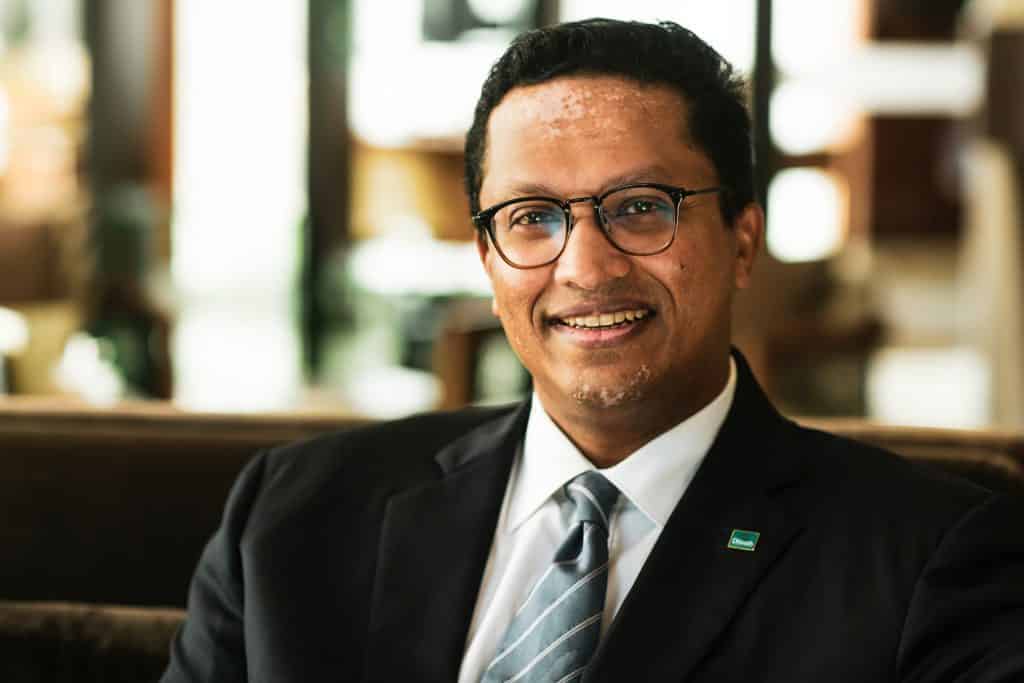 Dilhan C. Fernando, the CEO of Dilmah Tea, is the younger son of Dilmah Founder, Merrill J. Fernando. Mirroring his father's devotion to tea, his commitment was to resist the commoditization that devastated a tea industry that was previously characterized by small, and passionate family enterprises. Merrill sought to bring quality and authenticity back to tea, and secondly, whilst doing so, to share the success of that business with the underprivileged. Dilhan is the Director of the Dilmah School of Tea www.schooloftea.org, the first international school of tea, with sessions in Colombo, and in partnership with the Institute Paul Bocuse, also in Ecully, France. His desire to share the pleasure in tea with a new generation of tea drinkers saw the birth of the t-Series, designer gourmet teas www.teatimerocks.com and an entirely contemporary approach to a traditional beverage. He is described by Herve Fleury, Director of the Institute Paul Bocuse as, "a man who is passionate, totally supple in his expertise, simple and delicate in his approach and his words. In the very image of tea."

Gary Yin is the Executive Head Chef at King's Joy, a Michelin 3-star restaurant in Beijing. Gary studied business in the Rotman School of Management at the University of Toronto before international hospitality at Glion in Switzerland. In 2014, he obtained the WSET Level 2 Sommelier Certificate in Europe. Furthermore, he received the French Culinary Diploma at Le Cordon Bleu in 2015. Gary has extensive experience in hospitality, as well as in the creation and marketing of luxury brands. After joining King's Joy, he has applied the culinary concepts obtained from both practical and professional training into the innovation of Chinese and vegetarian cuisine. With his knowledge and making it his life-long mission to make a difference, he has continuously improved the quality of his products, efficiency and effectiveness of his team and implemented the principles of sustainability into the core values of the brand. In 2021, under Gary's leadership, King's Joy attained 3-Stars as well as China's first Green Star for sustainable gastronomy in the Beijing Michelin Guide. 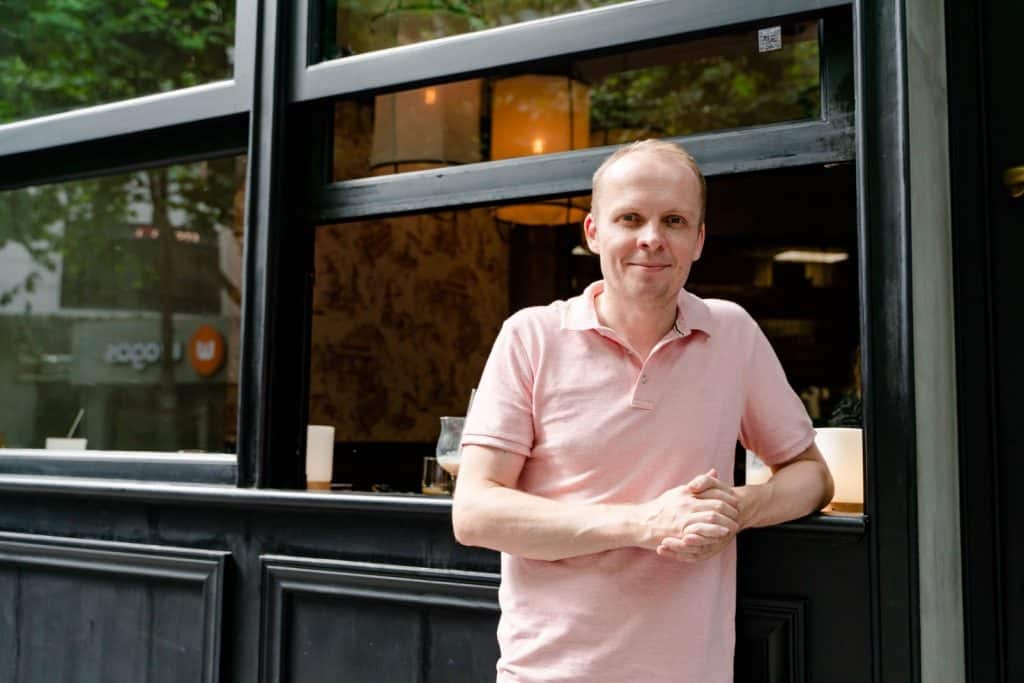 Thijs Bosma is a Dutch entrepreneur living in Shanghai. He’s a Business Administration Graduate from Erasmus University Rotterdam and lived in China for many years. In 2020, he founded Duli in the beating heart of the world’s most populous city, Shanghai, China, with the mission to prove that plant-based food can actually be very tasty. He believes that in order to combat the imminent threat of climate change and to improve animal welfare, we must shift towards more plant based consumption now. Duli is inspired by Sichuan flavours where he used to live and combines bold flavours of different countries into unique Asian inspired fusion dishes. 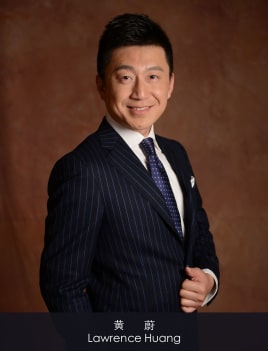 Lawrence Huang Managing Director at "Tea Life" as well as the founder of two-Michelin star restaurant "Yong Foo Elite". Thanks to his extensive knowledge, he is the Chair Professor of the Department of Tea Studies at Zhejiang University, in China. He’s also been appointed as special consultant for Pu’er Tea Association in Yunnan Province where he also is the Managing Director and founder of “Da Ke Hall”. Thanks to his 10 years working in luxury brand management, he has successfully won two Michelin stars for his restaurant "Yong Foo Elite". 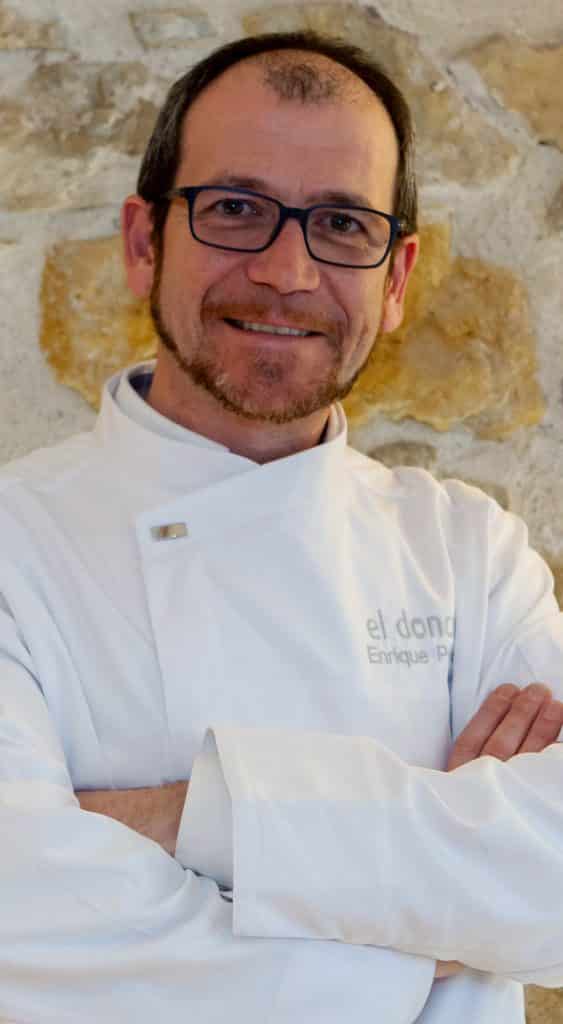 Enrique Pérez is a Michelin Star Spanish chef that has extensive expertise in hospitality and innovating his kitchen according to the changing world. He studied Hospitality and Tourism at the “Escuela Superior de Hostelería y Turismo” in Teruel, one of the most prestigious schools in the country. After teaching for four years at his school,he opened his own Hotel and Restaurant “El Doncel” with his brother. Through his dishes, chef Pérez shares a new kitchen philosophy, playing with the best product in the local area. His cuisine is a way of transmitting the gastronomic and cultural heritage by keeping tradition, flavors of memory in mind. Thanks to his dedication and innovation, “El Doncel” has achieved 1 Michelin star in 2018, becoming the first restaurant in Guadalajara to do so. The Restaurant was also awarded two Suns from the Repsol guide in 2014 and 2016, thanks to the fusion of traditional and innovative cuisine. 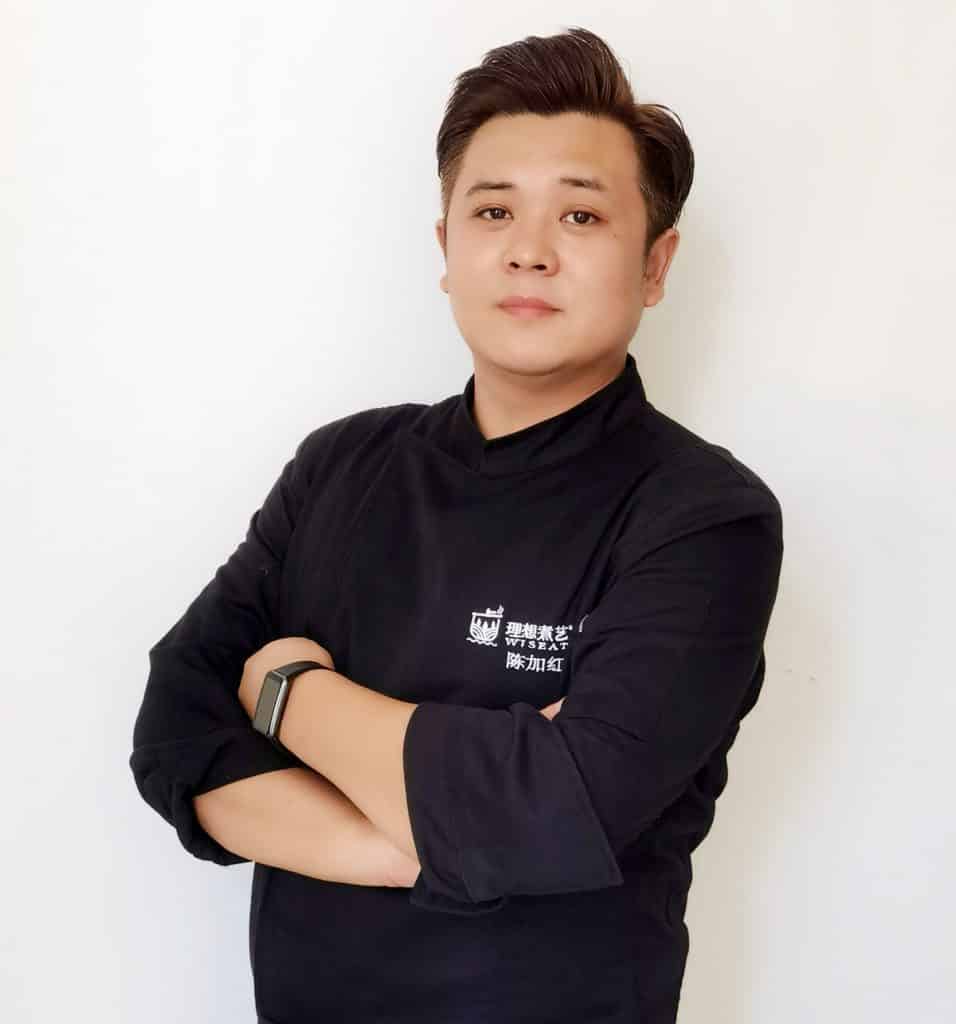 Justin Chen is a Michelin star chef for leading WUJIE in Shanghai. is the winner of the 2017 FHC China International Culinary Art Competition for Vegetarian Cooking "The Only Gold Award in Individual Group". He has years of experience in the field of plant-based food cuisine and innovation. In 2020, he became the director of Research and Development at Ru Kai Food Technology Co.,Ltd. 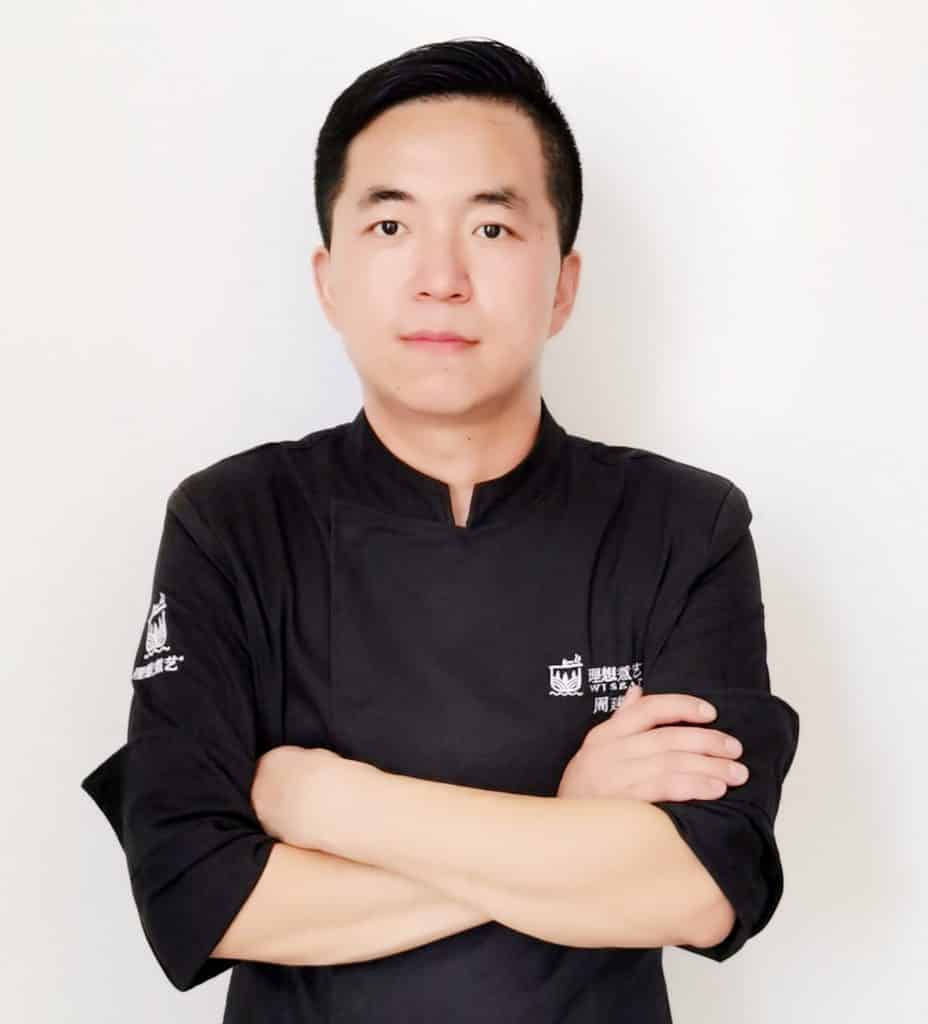 Richeal Zhou is a well known one-star Michelin star chef, devoured by plant-based food and innovation. Thanks to his expertise in the field, he has won the Silver Award for “Chinese Vegetarian Cooking” in the 2017 FHC China International Culinary Art Competition. He is also directing the Research and Development Department at Ru Kai Food Technology Co., Ltd 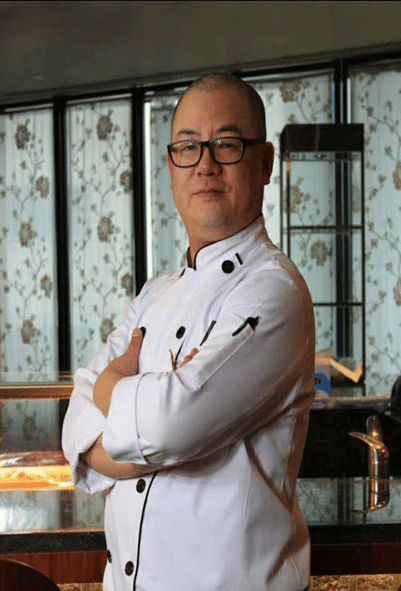 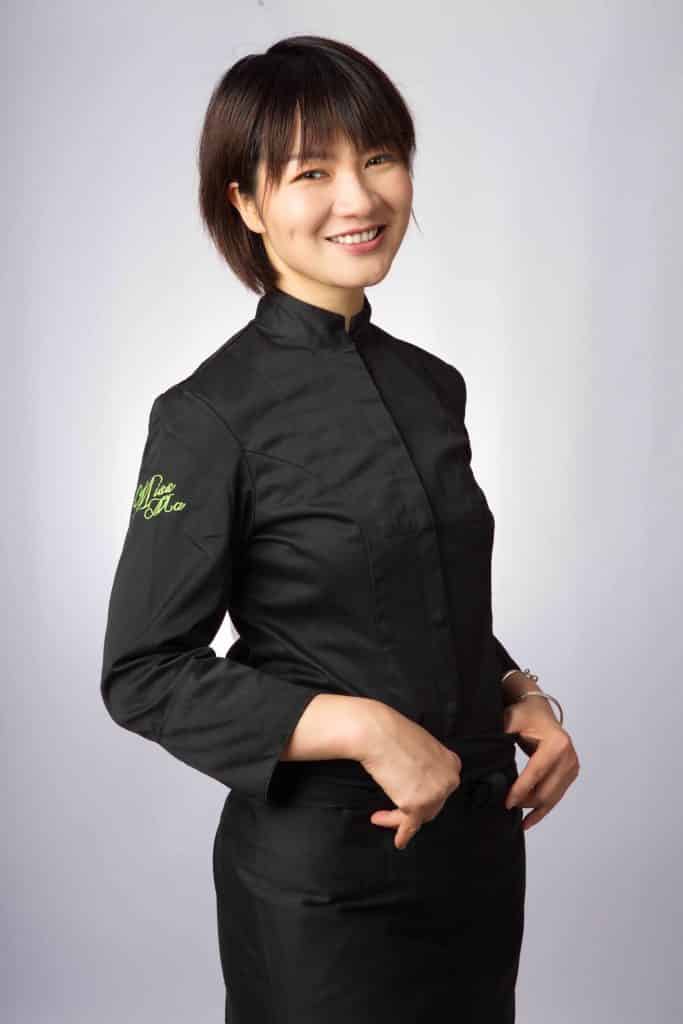 Istanbul Ma is a pastry expert and has dedicated her work into making more plant-based options in the pastry field. She has won the Gold Prize at the 2014 Asia World Cooking Competition in Thailand in the Desserts category. She is the Head Dessert Chef at WUJIE vegetarian restaurant group. She is also leading as Chief Dessert Chef at Shanghai’s Chingho Island.

ProVeg is an international food awareness organisation working to transform the global food system by replacing conventional animal-based products with plant-based and cultured alternatives. ProVeg works with international decision-making bodies, governments, food producers, investors, the media, and the general public to help the world transition to a society and economy that are less dependent on animal agriculture and more sustainable for humans, animals, and the planet. ProVeg has permanent-observer status with the UNFCCC, is accredited for UNEA, and has received the United Nations’ Momentum for Change Award. 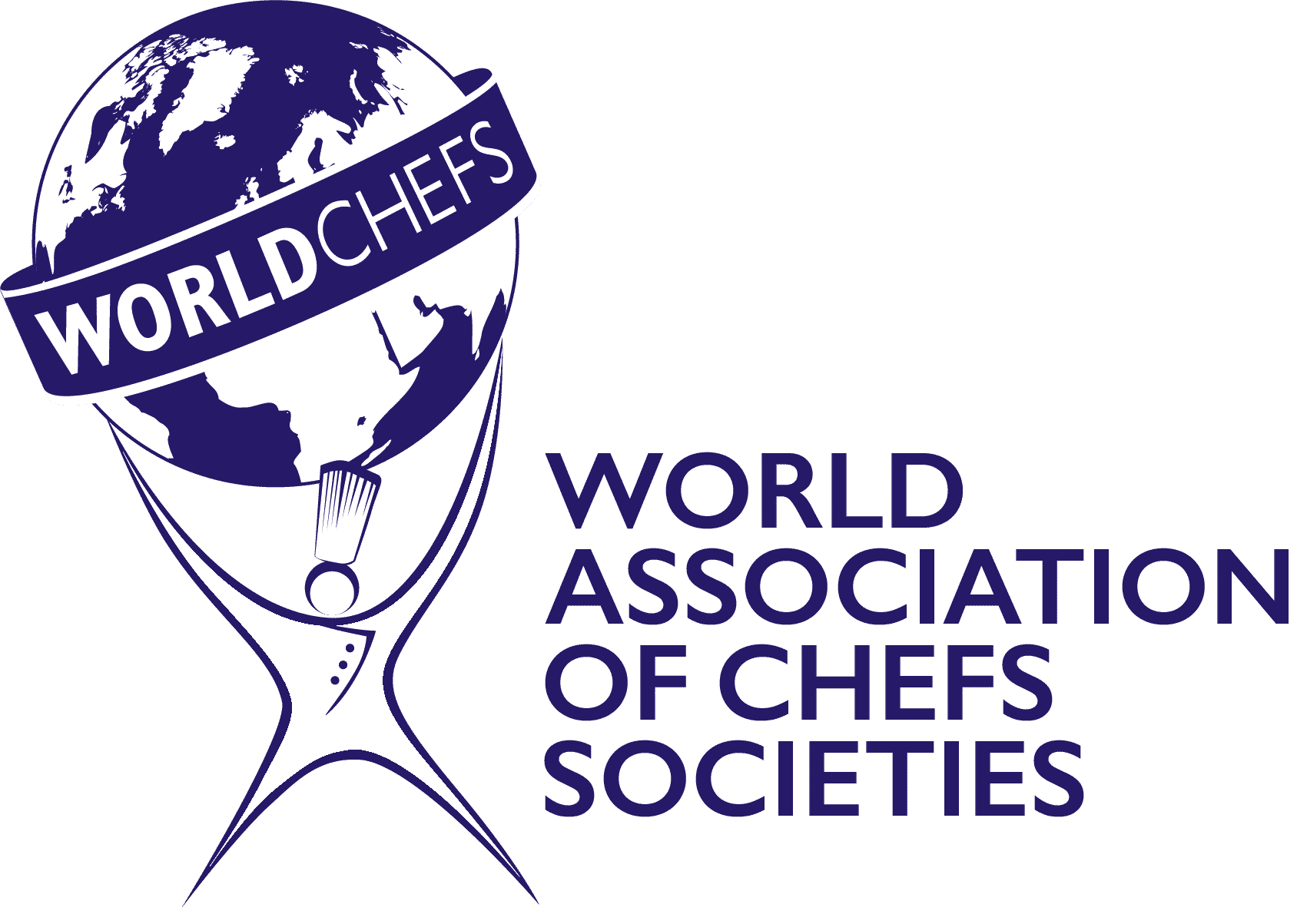 The World Association of Chefs’ Societies, known as Worldchefs, is a dynamic global network of 110 chef associations worldwide. A leading voice in the hospitality industry, Worldchefs has 91 years of history since its founding at the Sorbonne by Auguste Escoffier. Representing a mobilised international membership of culinary professionals, Worldchefs is committed to advancing the profession and leveraging the influence of chefs for the betterment of the industry and humanity at large. Worldchefs is dedicated to raising culinary standards and social awareness through education, networking, competition, humanitarianism, and sustainability.

If you can’t join us in Hangzhou, you can join us through Zoom by registering on Eventbrite. You can choose tickets for one day or both days.

For those in China, there is an opportunity to attend the event in Hangzhou.

Physical tickets will give you access to both days of the summit in Hangzhou, China. Make sure to grab the tickets soon as the special price of RMB 600 for tickets will end in September.

After this date, the normal price of the general admissions tickets will be RMB 800.

If you wish to attend the event with your colleagues, you can purchase the group ticket price (buy 3 get 1 free) for the special price of RMB 2400 for four people. 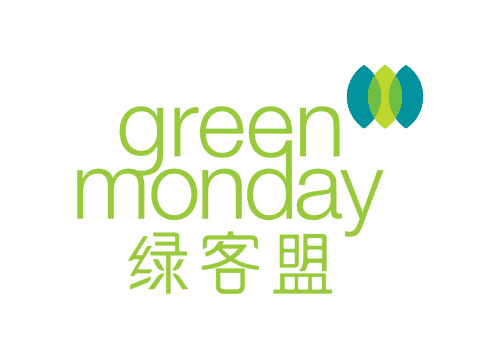 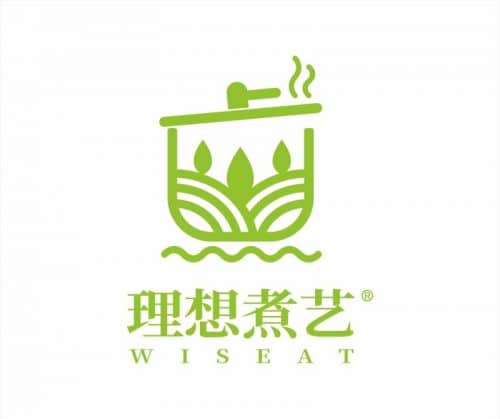