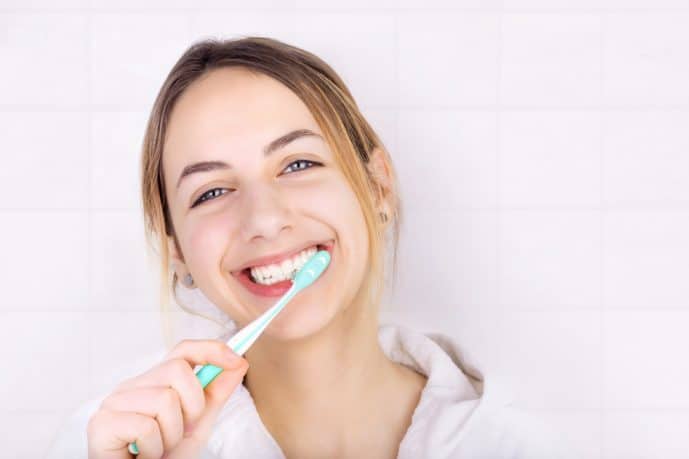 ProVeg has co-developed a toothpaste containing vitamin B12. But can such a toothpaste contribute to a better supply of this essential nutrient? Studies done by the Institute for Alternative and Sustainable Nutrition (IFANE) confirm the effectiveness of the vitamin B12 toothpaste, with the exclusive use of this toothpaste leading to an improvement in vitamin B12 levels.

About the Vitamin B12 toothpaste

Study on the efficacy of the vitamin B12 toothpaste

In the first phase, the vitamin B12 levels of the 127 initial participants were determined on the basis of blood tests. The researchers measured the levels of vitamin B12 in the blood serum, as well as the levels of homocysteine and holotranscobalamin II (holoTC II).

Some of the participants, who suffered from a severe vitamin B12 deficiency, were advised to withdraw from the study and seek medical treatment. However, a number of them continued to participate in the study at their own risk in a separate group (therapy group) that used the toothpaste but did not make any other changes in terms of their consumption of Vitamin B12. This made it possible to examine the extent to which the toothpaste can counteract an acute deficiency.

After a five-week test phase, new blood samples were taken from all three groups. In total, 101 participants supplied the researchers with data from both blood tests.

Blood count confirms efficacy of the vitamin B12 toothpaste

The value for holoTC II, the most sensitive of the three measured indicators, improved by 65% on average (experimental group). Individuals with very low baseline levels (therapy group), experienced a more than triple increase in holoTC II levels. On average, serum concentrations of vitamin B12 rose by 50% in the therapy group, increased slightly in the experimental group, and decreased in the control group. A separate study, conducted by the Institute of Clinical Chemistry and Biochemistry at the University of Magdeburg, showed a vitamin B12 build-up of 60% after 4 weeks of use.2

The placebo group, however, experienced a decrease in serum levels, while their holoTC II values did not change significantly. Values of homocysteine, a low amount of which is beneficial to health, fell slightly in both the experimental and the therapy group and increased slightly in the control group.3

The results show the high efficacy of ‘Sante Dental Med Toothpaste Vitamin B12 ’, fortified with 100 micrograms of vitamin B12 (cyanocobalamin) per gram.

Second study confirms the efficacy of vitamin B12 tooth gel

Between December 2014 and July 2015, IFANE investigated the efficacy of a tooth gel fortified with vitamin B12, this time over a longer period of time than in the first study. Thirty-six vegan study participants brushed their teeth with the vitamin B12 tooth gel for 2 minutes, twice a day, over the course of 12 weeks. Thirty other vegan test subjects used a placebo tooth gel without vitamin B12, which allowed for a direct comparison of both measures under the same conditions.

Vitamin B12 supply in the broader population

Vitamin B12 plays an important role in cell division, blood formation, and the nervous system. For many people, however, a sufficient supply of vitamin B12 via food is not always possible, for various reasons.5 6

Of the vegans who participated in the first study in 2011, 37% were not sufficiently supplied with vitamin B12. Over 80% of people who have been living on a vegan diet for more than two years and have not paid attention to an adequate supply of vitamin B12 have a vitamin B12 deficiency. Functional vitamin B12 deficiency has been diagnosed in 10-30% of healthy people over 65 years of age,7 8 and in 5-7% of younger people.9

The major risk groups for vitamin B12 deficiency are primarily vegans (and some vegetarians), the elderly, people with gastrointestinal diseases, alcoholics, and smokers, as well as those who are pregnant and breastfeeding. For these people, vitamin B12 toothpaste can be a practical and effective way to remedy the deficiency.10

Elderly people and patients with intestinal diseases (including both vegans and the general population) have a high risk of vitamin B12 deficiency, even if they take in enough vitamin B12 through food. The main cause of this deficiency is food-bound cobalamin malabsorption.11 For these people, fortified food and dietary supplements offer very little benefit. However, the vitamin B12 contained in the toothpaste initiated by ProVeg is absorbed directly through the oral mucous membranes (via so-called passive diffusion), in which case the supply of vitamin B12 can improve even in the case of cobalamin malabsorption.12

The German consumer safety organisation Stiftung Warentest regularly tests food, cosmetics, and other products. In 2016, the vitamin B12 toothpaste performed particularly well (31 other toothpastes were tested). The toothpaste offers very high protection against tooth decay and cavities and is suitable for children and adolescents because it does not contain zinc. In addition, the vitamin B12 toothpaste results in minimal abrasion, which is good for exposed tooth necks. The product carries the ‘vegan’ V-Label, as well as the seal of certification for natural cosmetics in Germany. Because it contains vitamin B12 , it is especially suitable for people who follow a vegan or vegetarian lifestyle or who are otherwise unable to absorb B12.