Cultured meat in Europe: which country is leading the race? 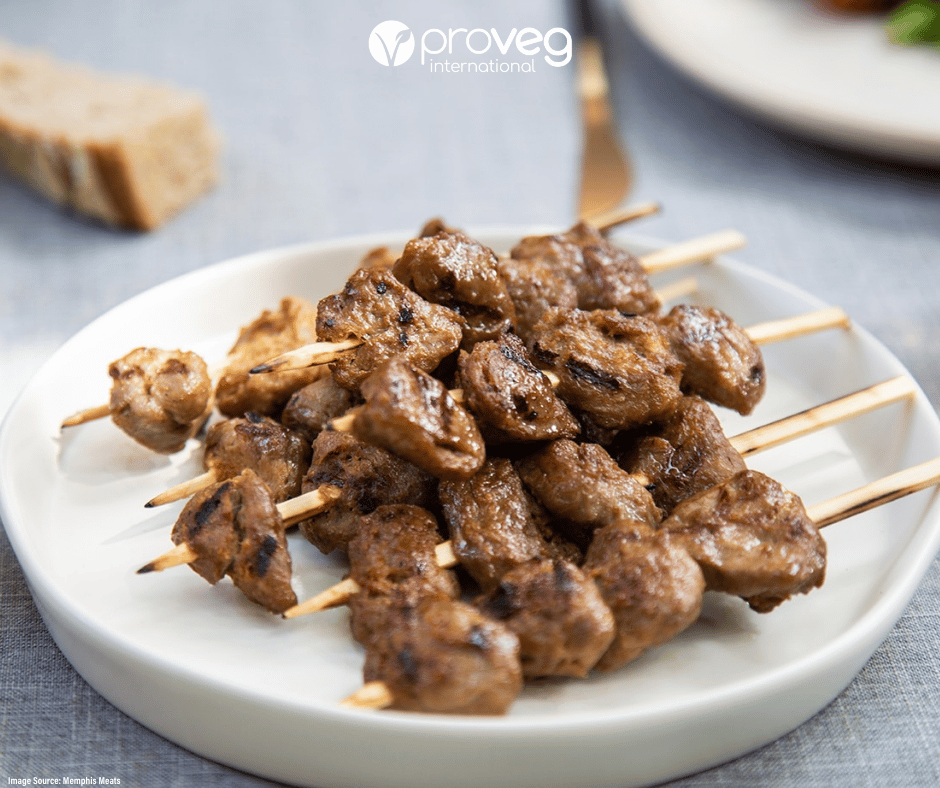 Cultured meat has the potential to greatly improve the competitiveness and sustainability of the meat industry in Europe. But what are governments’ appetite for cultured meat like in France, Germany, the Netherlands, Spain, and the UK? How are they reacting to this new method of producing meat, and which country is leading the race for cultured meat in Europe?

In December 2020, the Singapore Food Agency (SFA) approved the sale of Californian startup Eat Just’s bite-sized chicken product made with cultured meat. The SFA was the first, and remains the only, regulatory authority in the world to approve a cultured-meat product for sale on the open market.

Cultured meat as a concept has been long discussed in Europe, so why has the EU not pushed ahead of Singapore to bring cultured-meat products to the market? And which European countries are most likely to catch up with this innovative SouthEast Asian pioneer?

We’ve  ranked five key European countries based on their governments’ involvement in and attitudes towards cultured meat.

Ranking at number one, we have the Netherlands, the birthplace of cultured meat and home to a rich ecosystem of cellular agriculture start-ups and researchers.

Dutch researcher and businessperson Willem Frederik van Eelen pioneered the creation and development of cultured meat in the Netherlands and abroad and is recognised as one of the godparents of cultured meat. Van Eelen truly believed in the potential of producing meat without the need to raise, breed, and slaughter animals. In the 1990s, he entered into partnerships to create an in-vitro meat-growing process, and filed several patents for cultured meat techniques in the Netherlands and the US.

Van Eelen also initiated the creation of a consortium of Dutch researchers in the 2000s to obtain grants from the Dutch Ministry of Economic Affairs. This consortium led to the first institutional research into cellular agriculture – by the Dutch government agency SenterNovem from 2005 to 2009. This research programme laid the foundations for the creation of the first cultured burger, in 2013.

However, conservatism has slowed progress in the Netherlands, reports Tjeerd de Groot, parliament member for the socially liberal political party, D66. Cultured-meat tasting was not allowed in the Netherlands until March 2022, when the Dutch House of Representatives adopted a resolution to enable tastings of cultured meat under controlled conditions. The resolution is intended to retain food innovation and fight climate change, while reducing barriers to consumer acceptance.

Today, the Netherlands has a rich ecosystem of cultured startups, food manufacturers, research centres, universities, and non-profits supporting cellular agriculture. We expect many more companies to be created due to the favourable innovation environment that the Dutch government is creating.

The case of cultured meat in the Netherlands truly illustrates the potential of government-funded research to spark innovation. Which is why the Netherlands is leading  the cultured-meat race in Europe.

2. The UK: richest startup landscape in Europe and a supportive government

Ranking at second place, we have the United Kingdom, home to the richest startup landscape in Europe.

Winston Churchill predicted the development of cultured meat nearly 90 years ago, in 1931, when he wrote, “We shall escape the absurdity of growing a whole chicken in order to eat the breast or wing, by growing these parts separately under a suitable medium.” Churchill’s predictions were inspired by the work of the French scientist Alexis Carrel on tissue-culture techniques.

Since Churchill’s predictions, the British government has been slow to take on cellular agriculture. Only in 2021 did the UK government award its first grant to a cultured-meat company. UK Research and Innovation (UKRI), under the Transforming Food Production programme, awarded a £1-million grant to Edinburgh company Roslin Technologies to develop its cultured-meat technology. Talking about the grant, UKRI Challenge Director for Transforming Food Production Katarina Hayter said “We believe developing cultivated meat is one of the most significant advances that we can make, as a country and as a planet, to tackle the scourge of food shortages and climate change”.

As part of its commitment to supporting food innovation, especially when there are potential benefits for dietary health, protecting the environment, or boosting the UK economy, in January 2022 the UK Food Standards Agency conducted  research on consumer acceptance of alternative proteins in the UK, including cultured meat.

The UK is also the country with the richest landscape of cellular-agriculture companies in Europe. The country counts twelve companies that are working on cultured meat, cultured fat, cell-line developments, or bioreactor systems.

3. Spain: supporting research on the health potential of cultured meat

As the country with the highest meat consumption per capita in Europe, Spain has the potential to be an important player in the cellular agriculture sector and ranks at number three in our list.

In January 2021, the Spanish government, through the Centre for the Development of Industrial Technology (CDTI), awarded €5.2 million to a cultured-meat project led by BioTech Foods that is investigating the health impacts of cultured meat in the prevention of colon cancer and dyslipidemia.

Three startups are currently operating in Spain: Biotech Foods, Cocuus, and Cubiq Foods. In November 2021, the meat giant JBS entered into an agreement to acquire control of BioTech Foods and to build a new plant in Spain to scale up production. This acquisition will likely accelerate the development of cultured meat in Spain and abroad.

The German government has not yet funded any research on cellular agriculture, putting Germany at number four in our ranking.

However, in December 2021, the German Federal Ministry of Food and Agriculture announced that it would fund R&D projects for alternative protein sources, with cultured and fermentation processes explicitly welcomed.

Four cultured-meat and -seafood startups are operating in Germany, while two major companies, PHW and Merck, are also involved in the cellular-agriculture sector, indicating that the vast potential of cultured meat to reshape the protein industry has been recognised by major German companies.

All parties in parliament show interest in the topic of cellular agriculture but there are dissenting views on its potential. For example, parties on the left of the political spectrum favour plant-based alternatives over cellular agriculture, while the liberal party is convinced of the economic potential of cultured food.

Clara Hagedorn, co-founder of CellAg Germany explains: “Despite the varying opinions of the parties of the coalition government and the lack of specific funding for cellular agriculture to this date, the parties have pledged to support EU regulatory approval in the coalition agreement. Having Germany’s support is crucial to get cultured products on the market.”

At number five, we have France, which has had a rocky journey with cellular agriculture and is now a hostile environment for such innovation, as evidenced by the implementation of country-wide bans.

The basic tissue-culturing techniques that are central to cultured meat were first described by the French scientist Alexis Carrel in his paper ‘The Permanent Life of Tissues outside of the Organism’, published in 1912. Carrel demonstrated the feasibility of keeping a cultured piece of chicken heart tissue alive. The fact that cultured meat originated from the work of a French researcher makes the attitude of the French government towards cellular agriculture all the more disappointing. To date, the French government has not funded any public research on cultured meat, nor has it expressed any support for or openness to this technology which promises to make our food system more sustainable.

After Singapore’s approval of cultured chicken nuggets in December 2020, France’s Agriculture Minister Julien Denormandie tweeted:  “Is this really the society we want for our children? Me, NO. I say it clearly, Meat comes from life, not from laboratories. Count on me that in France, meat will stay natural and never artificial!”

Despite this hostile environment, France has two companies working on cultured meat. On a positive note, in July 2021, French cell-ag startup Gourmet completed a $10-million seed-funding round with high-profile investors, including France’s public investment bank, Bpifrance.

France risks missing out on one of the most important innovations in making our food system more sustainable. In order to contribute to the development of cellular agriculture in France, the non-profit Cellular Agriculture France was founded in 2020 with a mission to bring together different actors – academics, institutions, consumers, politicians, entrepreneurs, and manufacturers – who wish to be involved in the development of cellular agriculture in France. Nathalie Rolland, co-founder of Cellular Agriculture France, commented: “French policy makers are struggling to understand the need to keep up to speed on the issue of cultured meat. France, one of the leading farming countries in Europe, is subject to intensive lobbying from industries linked to conventional meat, which are hindering any progress they perceive as a threat. Instead, everyone should see this as an opportunity to pave the way for these innovations that can complement the current offerings, as is the case, for example, with plant-based alternatives. Cultured meat addresses many societal and environmental issues, and France should aim to become a European leader in this field.”

ProVeg International welcomes the decision by the Dutch Government to earmark €60 million to support the formation of an ecosystem around cellular agriculture and urges other governments in Europe to follow the example of the Netherlands and invest in this emerging industry in a similar way. The field of cellular agriculture has moved more quickly from the academic environment to the private sector than most other technologies in the biotech and biomedical fields, which is why ProVeg recommends that governments fund public research in this nascent field.

ProVeg is an international food awareness organisation working to transform the global food system by replacing conventional animal-based products with plant-based and cultured alternatives.
ProVeg works with international decision-making bodies, governments, food producers, investors, the media, and the general public to help the world transition to a society and economy that are less dependent on animal agriculture and more sustainable for humans, animals, and our planet.
ProVeg has permanent-observer status with the UNFCCC, is accredited for UNEA, and has received the United Nations’ Momentum for Change Award.
Top