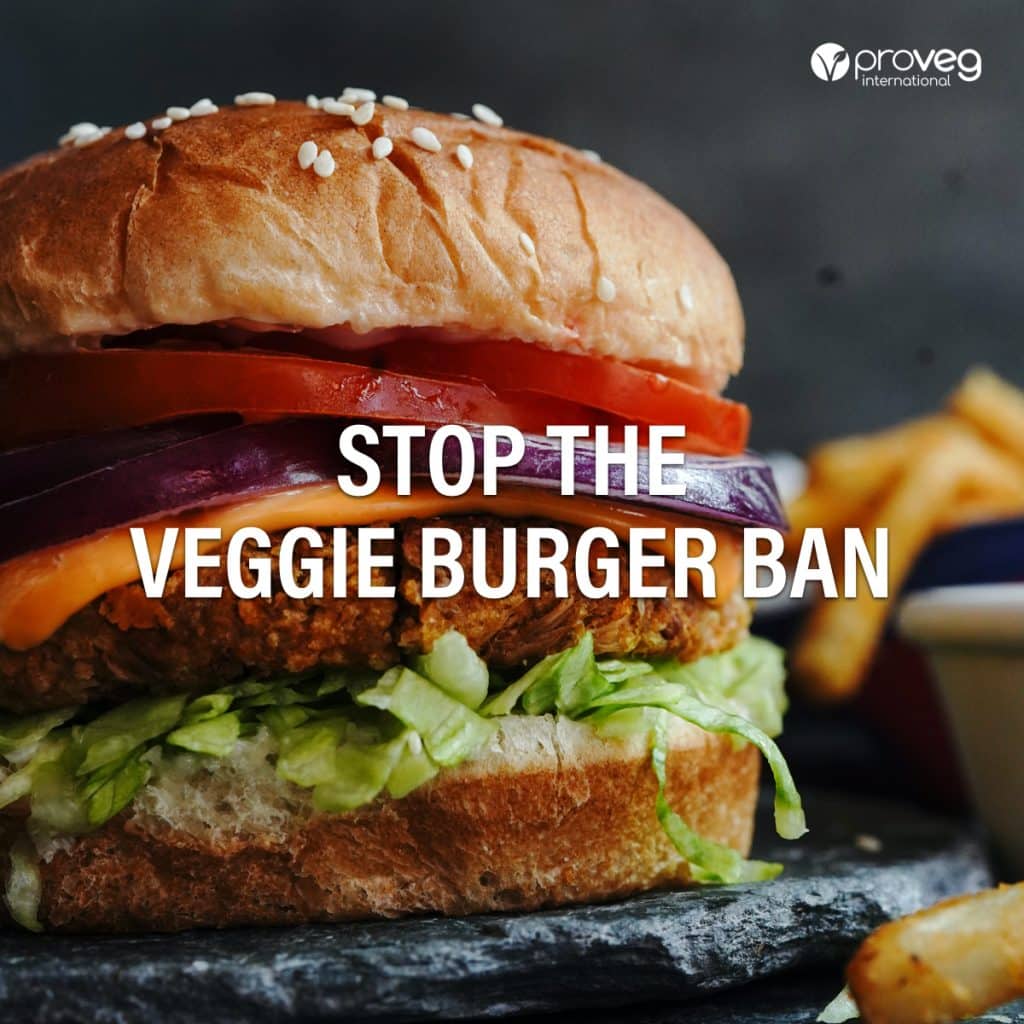 The European Parliament’s proposal to ban the use of names such as ‘burger’ and ‘sausage’, as well as descriptive terms such as ‘yoghurt-style’ and ‘cheese alternative’, from being used on vegetarian and vegan products is being widely challenged across Europe, with a petition to stop the ban now exceeding 100,000 signatures.

A final vote is expected to take place in the week commencing 19 October. MEPs will vote on two proposals, known as amendments 165 and 171. Amendment 165 seeks to restrict plant-based products from using names typically associated with meat products. If passed into law, this could see veggie burgers renamed as ‘veggie discs’ and veggie sausages as ‘veggie tubes’.

Amendment 171 seeks to extend existing restrictions on dairy-related terms. Terms such as ‘almond milk’ and ‘vegan cheese’ are already banned on products in the EU, but 171 goes further and would restrict dairy alternatives from using descriptive terms such as ‘yoghurt style’ and ‘cheese alternative’. Both amendments 165 and 171 are supposedly intended to avoid consumer confusion.

“Plant-based meat alternatives have been on the market for at least a century in Europe – and for far longer in other parts of the world. They have long been marketed as veggie sausages and veggie burgers, and this has never been a problem. It is only now that these products have made their way into mainstream supermarkets and are expanding their sales footprints across the EU that stakeholders from traditional animal-based industries are calling for a legal ban.

“The use of the terms ‘burger’, ‘sausage’ and ‘cheese alternative’ on meat-free and dairy-free products serves an important function in communicating characteristics that consumers are looking for at point of purchase, especially in terms of taste and texture. Just as we all know full well that there is no butter in peanut butter, no cream in coconut cream, and no meat in mincemeat, consumers know exactly what they’re getting when they purchase veggie burgers or veggie sausages.”

The newly-formed European Alliance for Plant Based Foods, whose members include ProVeg, Oatly, Beyond Meat, GFI, Upfield, and Nestle, was recently launched in order to help build a sustainable food system in which plant-based foods take a leading role, particularly in EU policy. The Alliance’s first objective is to encourage MEPs to take a common-sense view with regards to the two amendments.

It has been argued that both amendments run counter to the EU’s progressive policy direction in relation to the promotion of plant-based diets, as set out in the European Green Deal and the Farm to Fork Strategy.

“Banning the use of these terms will prove costly for the entire food industry, with substantial consequences for manufacturers, retailers, and food-service outlets. The proposals could also unnecessarily restrict the positive environmental changes created by the plant-based market, one of the fastest-growing and most innovative sectors in the food industry today.”

For more information, or to ARRANGE AN INTERVIEW, please contact:

Possible impacts of the proposed ban

The various discussions in different EU Member States show that it would be helpful to have a Europe-wide solution which allows vegan and vegetarian products to make reference to their animal-based counterparts, thus helping consumers to quickly and easily identify new and existing products in the burgeoning plant-based sector.

The Netherlands. The Dutch government has come forward with an endorsement of ‘meaty’ designations for plant-based foods.

UK House of Lords subcommittee has written a letter expressing their concern over the EU Parliament’s plans.

Germany has had similar discussions since 2016, with a strong backlash from the plant-based food sector against the confusing and arbitrary denomination rules imposed by the German Food Code Commission, which, as a consequence, will be revised.

France adopted far-reaching restrictions on the labelling of plant-based products in May this year, which generated substantial media attention and which is said to have had an influence on the discussions on the European level. As France allegedly violated European legal procedures with this law and adopted it in the middle of ongoing EU discussions, umbrella-organisation the European Vegetarian Union, along with other NGOs, launched an official objection to the approach taken by France.