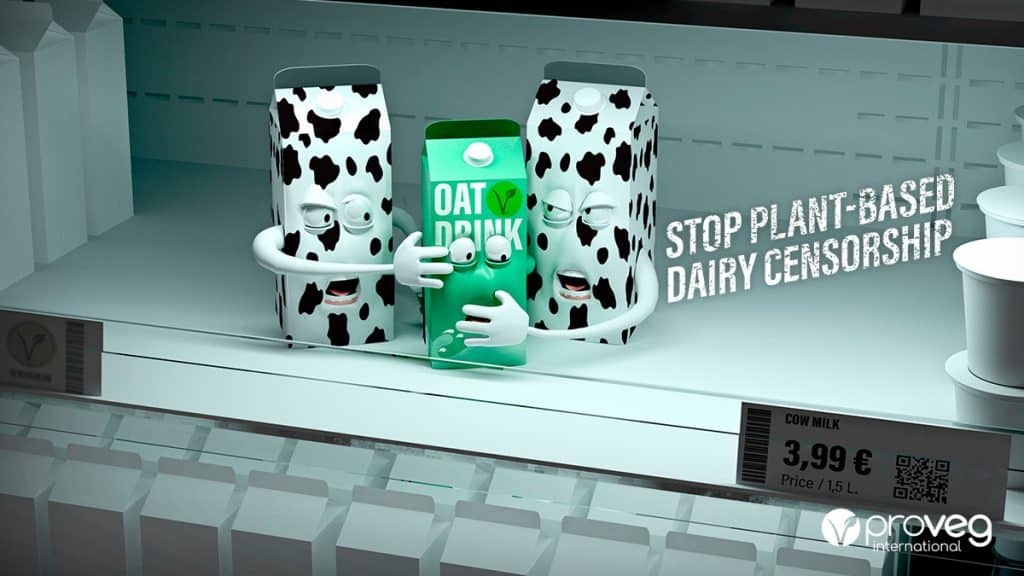 This week marks a critical turning point for healthy, sustainable diets in Europe. Amendment 171 – the draft legislation to introduce severe new restrictions to plant-based foods, proposed in 2018 by the European Parliament’s AGRI Committee – is up for discussion. On 26 March, the European Parliament, Commission and Council of Ministers participate in a “super trilogue,” where topics under Common Organisation of the Markets in Agricultural Products (CMO) will be considered.

In the lead-up to the decision, the draconian amendment has been widely condemned by an extensive and diverse group of stakeholders including:

Now, the EU decides. Will they endorse an anti-competitive, environmentally reckless policy, and introduce a raft of new restrictions to plant-based foods? If they decide to extend the existing regulations by adopting Amendment 171, here is what could be banned for plant-based foods:

“How many people need to insist they’re not confused before this narrative can be seen for what it is? Now farmers, consumer associations, NGOs, food companies, members of the public – so many voices have come together to challenge AM171 and call out this blatant censorship. Sustainability itself is under threat. Let’s take the climate crisis seriously and protect plant-based food. Our very future depends on it.” Jasmijn de Boo, Vice President, ProVeg International

“We have been fending off anti-competitive attacks from the dairy industry since the 1870s. Now, the dairy lobby wants to use underhand regulation to illegalise the very words, packaging and imagery that the plant-based sector has used for decades. Consumers know this is wrong, and hundreds of thousands of them want their voice heard.” says Dr Jeanette Fielding, Chief Corporate Affairs and Communications Officer, Upfield. “In the 21st century, this is no longer just a problem of anti-competition and consumer rights. It is also a problem of climate change, biodiversity and public health.”

“We hope the EU sticks to its commitment to spearhead the global fight against climate change and throws out amendment 171. We are in a race against the climate clock, to introduce legislative barriers at a point when science shows how important it is to shift to plant-based diets to tackle climate change and public health challenges is not only wrong, it is absurd,” says Cecilia McAleavey, Director of Public Affairs and Sustainable eating at Oatly.

How to get involved: