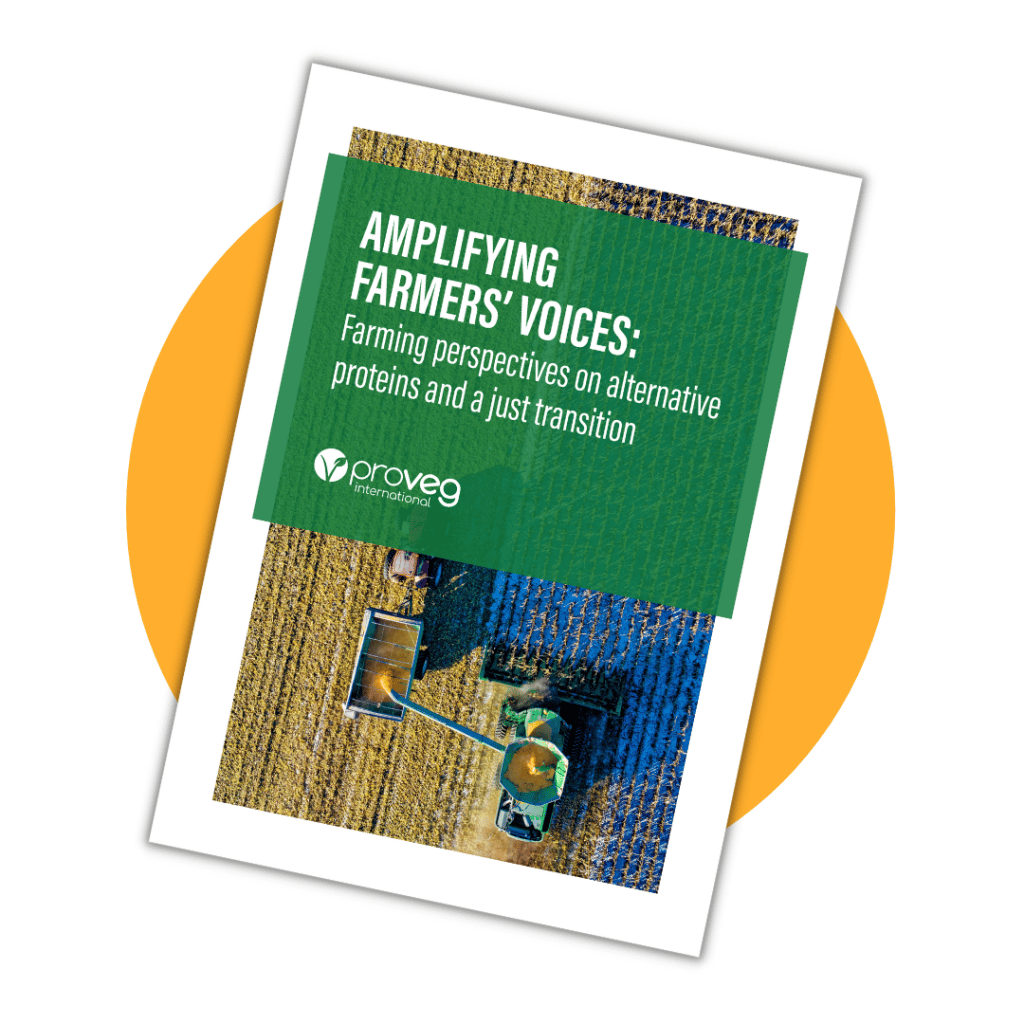 A new report based on interviews with 20 national and international groups representing 300,000 farmers reveals the opportunities and challenges around transitioning to alternative protein production.

The report acknowledges the impact of climate change on farming and how the majority of food-related emissions come from animal farming. It then asks farming associations, predominantly from the US and Europe, what incentives and barriers are present for them in shifting to alternative protein production.

“The interviews provide a very valuable insight into the challenges faced by farmers. It also shows that there are many opportunities for farmers from different regions to transition to alternative protein farming,” Stephanie Jaczniakowska-McGirr, International Head of Food Industry and Retail, at ProVeg said.

“Farmers are clearly open-minded about what they produce but need to know that there are markets for their produce which will secure a financially viable and resilient future for them. I would encourage all food and ingredient suppliers to support farmers in making a viable transition,” she added.

The report explores a range of alternative-protein solutions, along with farming perspectives on each one of them. Solutions include:

Along with the need to secure a viable income, the report reveals how concern about climate change is prevalent among farmers.

“Farmers are acutely aware that net zero and averting climate change is essential,” said one British farming representative quoted in the report. “Farmers would love to reduce livestock numbers and their climate footprint, but we have to be financially viable to do our environmental work. If you’re talking about replacing lost animal income with something else, then money talks.”

This concern is also reflected in the comments from a European-based farming association.

It’s a really difficult time. At the end of the day, farmers just want someone to put down the numbers so they can make an informed choice about their ROI in 10-20 years’ time and understand what it means for families and their succession plans,” the association said.

A German farming association notes that nothing would prevent a transition to alternative proteins “if the demand and revenue become higher than for livestock production”.

The report addresses these concerns, noting the manifold opportunities to participate in alternative protein production.

The report also states: “The good news is that plant-based products typically require a blend of ingredients to achieve the desired nutritional and taste profiles. This means that farmers have access to a broad global market if growing conditions don’t align with the types of plant protein being demanded by local manufacturers.”

Impact of the transition

Farmers are having to deal not only with the impact of climate change on yields and the weather volatility on the global supply chain, but also with the reduced demand in the Global North for conventional animal-based products as well as the economic pressures that come from intensification and consolidation across the industry.

The report describes how a solution to these pressures is offered by a transition to alternative proteins, supported by automated processes, AI, and regenerative farming techniques. This would provide an opportunity to adopt best practices and reduce food waste, while improving yields (especially for healthy calories), and supporting plant-rich diets. By doing this, the report says that farmers can:

The report recognises that transitioning to alternative proteins will also bring some new risks for farmers. These may include new growing challenges, initial yield uncertainties, and dependency on new machinery.

“ProVeg is working with businesses across the food sector, including ingredient suppliers, manufacturers, and retailers, to help mitigate these risks for farmers – through co-financing arrangements, flexible long-term contracts, political engagement, and the open sharing of knowledge,” the report states.