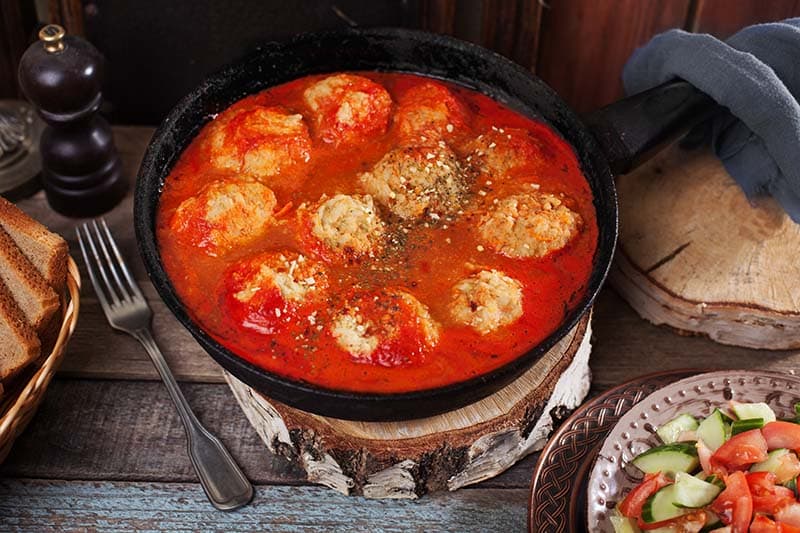 
Following a rejection of the so called “veggie burger ban” at European level, the attempt by Spanish far right wing party Vox to institute a national veggie burger ban failed this week.

The Spanish Committee on Agriculture, Fisheries and Food of the Congress of Deputies yesterday rejected a proposal by the right wing parliamentary group Vox to prohibit plant-based meatballs, hamburgers or sausages using meat-based names, despite the fact that Europe recently decided to allow it.

Following the attempt to overturn the European regulations that regulate alternative plant products to meat, food awareness group ProVeg Spain celebrated the result after the Non-Law Proposition received 15 votes in favour and 20 against.

The European Parliament, the European Council and the European Commission rejected two amendments (165 and 171) in recent months that sought to restrict the names of vegetable alternatives to meat and dairy, also known as the “veggie burger ban” and “plant-based dairy censorship”.

Vox defended the attempt to overturn the EU rejections and tried to prevent the use of the names traditionally associated with products of animal origin to describe, promote or market food products of plant origin. Vox Deputy Magdalena Nevado argued that plant-based products cannot be categorised in the same way as those of animal origin, nor should they be presented as equivalent substitutes. “These names evoke meat and can cause consumer confusion. Let us call each thing by its name ”, she said.

However, according to the perception of nomenclature of plant foods study 1, 93% of consumers perfectly differentiate a plant product from an animal product and, on the contrary, 9 out of 10 say they do not know what they would be buying if terms like ‘veggie disk’ were used instead of ‘veggie burger’.

“Once again, it is clear that you cannot put limits on a sector that grows due to the explicit demand of consumers, who are proven to understand perfectly what they are buying and why they are buying it (environment, health, ethics, etc.). The names that plant products can use have already been widely debated in Europe and it is the standard by which EU members must abide by, it makes no sense to want to change it locally ”, comments Verónica Larco of ProVeg Spain.

“We understand the interests that may be behind these initiatives in countries where meat has traditionally had a relevant role, such as Spain and France, in fact, the French Parliament has approved a decree that seeks to prohibit the use of a wide range of terms , directly or indirectly associated with foods of animal origin, both to describe and to market foods made from vegetable protein, but we trust that common sense and the rights of consumers will prevail over these financial interests ”, she adds.

French NGOs, politicians and companies have pointed out that the French decree violates the principle of free movement of goods in the EU single market, prevents consumers from making duly informed purchases and contradicts the objectives of the European Farm to Fork strategy that aims to achieve more sustainable food systems.

ProVeg works with decision-making bodies, companies, investors, the media, and the general public to help the world transition to a society and economy that are less reliant on animal agriculture and more sustainable for all humans, animals, and our planet.