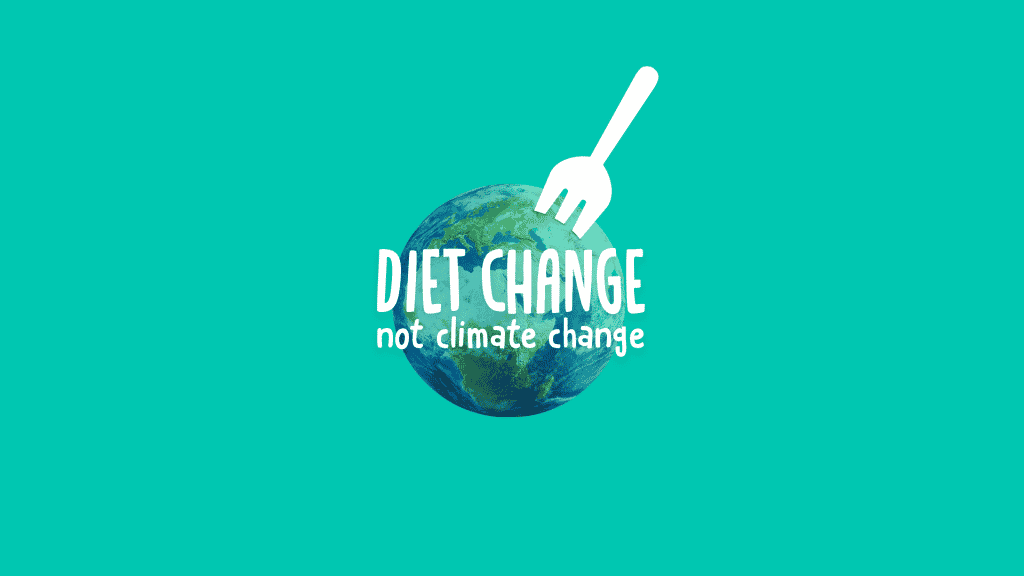 Campaigning on “Diet Change not Climate Change”, ProVeg is telling delegates to Stockholm+50 (2-3 June) that there are at least 50 good reasons to push for food system change at UN level.

“Stockholm+50 is a chance to reflect but, more importantly, to look ahead and see how we can implement the changes we need to make to mitigate the climate crisis,” Raphaël Podselver, Head of UN Advocacy at ProVeg, said.

“Food system change needs to be embraced if we are to make progress towards our global goals and we are telling delegates at Stockholm+50 that there are at least 50 reasons to do so,” he added.

Under the theme “a healthy planet for the prosperity of all – our responsibility, our opportunity,” Stockholm+50 will celebrate the first UN Conference on the Environment, which was held in the Swedish city in 1972. The conference birthed the UN Environment Programme (UNEP) and global action on pollution, deforestation and biodiversity loss.

Here are 50 good reasons why ProVeg will be at the event, pushing the need for food system change:

1. The world’s scientists have spoken.The latest report from the Intergovernmental Panel on Climate Change (IPCC) has called for a shift to plant-based diets to tackle the climate crisis.

2. Reducing emissions. Global greenhouse gas (GHG) emissions from animal agriculture are twice those from plant-based diets, so policies need to be pushed that encourage plant-based nutrition.

3. Not much, for a lot: Worldwide, meat and dairy provides just 18% of calories consumed, but uses 83% of global farmland. Plant-based diets can address this imbalance.

4. Avoiding collapse. A study from Bonn University published last month stated that rich countries will need to reduce their meat consumption by up to 75% to meet international climate targets and avoid ecosystem collapse.

5. A lot of people. Reducing resource-intensive meat production will help us to feed the 10 billion people expected to be living on our planet in the year 2050.

6. Food not feed. Researchers have found that growing food exclusively for direct human consumption, rather than as animal feed and for biofuel production, could potentially increase available food calories by as much as 70%, which could feed an additional 4 billion people.

7. Save the trees! 80% of the world’s deforestation is related to our current food system.

8. Erasing grazing. Between 1990-2005, 71% of deforestation in Argentina, Colombia, Bolivia, Brazil, Paraguay, Peru and Venezuela was due to increased demand for pasture for cattle.

9. For the animals. The UN has already passed a historic resolution earlier this year, commissioning a report on the link between animal welfare and sustainability. Progress is being made!

10. We’re on a roll! In Europe, 40% of consumers are already actively reducing their consumption of animal-based products (either identifying as flexitarian, pescetarian, vegetarian, or vegan).

11. Cutting back. In Germany alone, 51% of people reduced their meat consumption last year.

12. Young people are on our side. ProVeg launched an international Youth Board this year to help us campaign for food system change. These people represent the many millions of younger people who are passionate about tackling climate change.

13.Travelling light. GHG emissions from transportation make up a small amount of the emissions from food. What you eat is far more important than where your food travelled from.

14. Tame the methane. Reducing our meat consumption will help to significantly bring down methane emissions. Animal agriculture is responsible for 32% of human-caused methane emissions, according to UNEP.

16. Tasty alternatives. Plant-based meat alternatives are as tasty as their animal-based counterparts so flexitarians are less likely to feel something is missing from their plate.

17. Good for you. A plant-based diet has the potential to improve people’s health and is increasingly being recommended by scientists and nutrition societies around the world.

18. Doesn’t go viral. A shift to plant based diets has the potential to reduce the risks of the transmission of zoonotic diseases and future pandemic outbreaks, like COVID 19.

19. It’s classified. Processed red meat has been classified as carcinogenic to humans by WHO’s International Agency for Research on Cancer (IARC) so reduction is highly advisable.

20. Also classified. Red meat has been classified as “probably carcinogenic to humans” by the same UN body, IARC.

21. It’s a booming business. Sales values of plant-based meat in Europe amounted to €1.4b in 2020, with a growth rate of  68% over the past two years, according to our latest ProVeg report on plant-based alternatives to meat.

23. Meeting the meat industry. IFFA, the international meat fair, this year welcomed alternative protein groups – including ProVeg – for the first time in the fair’s 70 year history.

24. New food on the barbeque. Despite high per capita meat consumption in Australia, global agri-food companies are investing in Australian plant protein.

25. Worth a fortune. If the moderate current growth of the Australian plant-based meat market continues, the market is predicted to be worth AU$3 billion in retail sales by 2030.

26. More inclusivity needed. About 68% of the world’s population is lactose intolerant so there is a great need to encourage plant-based milk in schools to promote inclusivity.

28. Plant milk has fans in Congress. US Senators are fighting for fair treatment of plant-based milk to ensure FDA guidance does not impose labelling requirements different from those for animal-based milk.

31. The future is more cultured. Cultivated meat is a potentially viable replacement for conventionally-produced meat and has already received huge amounts of investment.

32. China welcomes change. With 1.3 billion people, China is planning to embrace cultured meat by including cultured meat and other future foods in its five-year agricultural plan.

34. Singapore is leading the way. In 2020, Singapore became the first country to approve the sale of cultured-meat products for human consumption.

36. Big year for the US? The US FDA is reviewing its regulatory requirements, meaning that cultured meat could hit retail shelves in late 2022.

37. A large stake. By 2040, a projected 60% of meat will be created from cells grown within bioreactors and sold across grocery stores and restaurants worldwide.

39. Fast pace of growth. According to Kearney, cultured meat will outgrow novel plant-based meat replacements between 2025 and 2040, with an annual growth rate of 41%.

40. Ministers speak out. It’s a sign of the times when not only the health minister of a country, but also the agriculture minister says that people should be reducing their meat consumption.

42. Bring down the nitrogen. The Flanders government has committed €3.6 billion until 2030 to bring down nitrogen emissions, including reducing the number of pigs in Flanders by 30% by 2030.

43. Amsterdam rocks. Amsterdam hopes its citizens will be enjoying 50% plant-based meals by 2030.

44. Fewer animals on the plate. Over a quarter of Dutch people hope that one day we will no longer use animals as food at all.

46. We can make headway. Remember the 1987 Montreal Protocol? It banned the use of ozone-depleting substances: 97% of the damaging substances have since been phased out.

47. The world can agree. In 2015, the UN Climate Change Conference (UNFCCC) resulted in the milestone Paris Agreement. This agreement, signed by 195 countries, is the first global and legally binding climate deal.

49. Paris, this is Paris. To achieve the central goal of the Paris Agreement – limiting global warming to 2°C or less – our carbon emissions must be reduced considerably, including those coming from agriculture.

50. Finally, it’s what one person can do. Cutting meat consumption is an effective way an individual can influence CO2 emissions. You can cut your food-related emissions significantly by eating a plant-based diet.