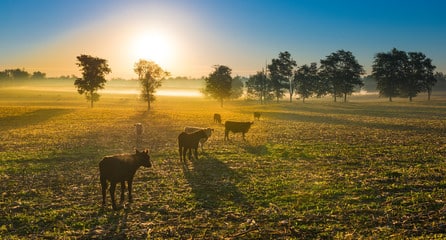 Food awareness organisation ProVeg International is calling upon EU ministers meeting on Monday 21 March not to water down Europe’s Farm-to-Fork sustainability strategy in response to food security concerns raised by the war in Ukraine.

Instead, ministers should look towards speeding up the shift to plant-based diets and reducing the amount of grains poured into animal feed. Researchers have found that growing food exclusively for direct human consumption rather than as animal feed and biofuel production could potentially increase available food calories by as much as 70%, which could feed an additional 4 billion people.

Jasmijn de Boo, Vice President of ProVeg International, said: “It is important to continue in the direction guided by the EU’s Farm-to-Fork strategy of reducing the amount of grains that are fed to animals. The grains that the world is so dependent upon are more efficiently used for feeding people directly rather than going into the more wasteful and polluting animal agriculture industry.”

The ProVeg stance echoes the call by 180 scientific experts in a paper published today that proposes a three-pronged approach to ensuring food security in light of the disruption to the supply chain caused by the war in Ukraine.

The scientists recommend Europe’s policymakers to:

The recommendations are a response to agricultural bodies pushing the European Commission to steer from the Farm-to-Fork strategy by making more land available for agriculture to compensate for supply restrictions from Russia and Ukraine.

Any such move would prove to be disastrous for biodiversity as fallow land would be ploughed up to increase animal feed production. With biodiversity decreasing at an alarming rate, particularly farmland birds and insects, any further reduction in fallow land threatens serious consequences for nature.

To interview ProVeg on this issue, contact Jasmijn de Boo at [email protected]