Holocaust Survivor and Campaigner for Animals, Dr Alex Hershaft coming to the UK 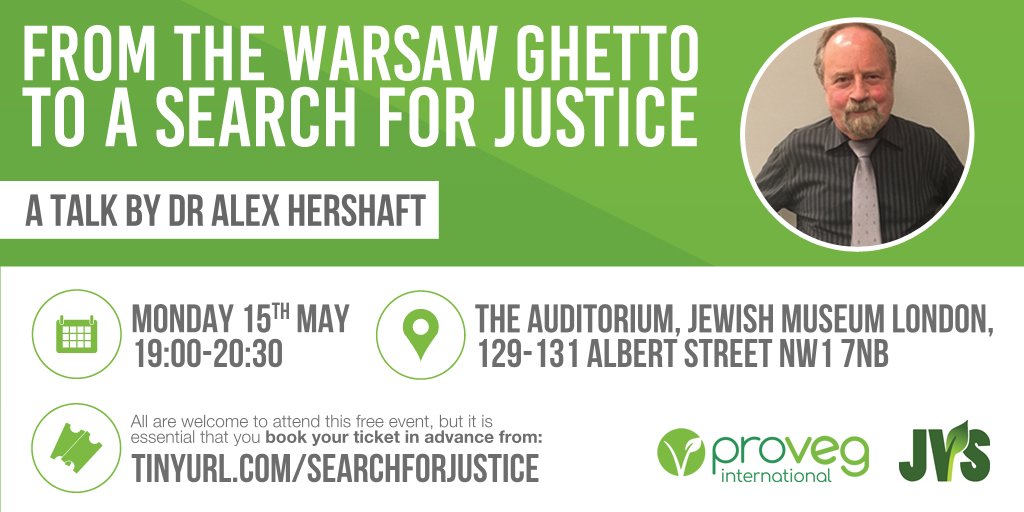 On Monday 15th May, Holocaust survivor Dr Alex Hershaft will come to the UK as part of his last ever European speaking tour. At the Jewish Museum in London, he will address an audience of academics, interfaith groups and members of the public about how he survived the Warsaw Ghetto and later found meaning in campaigning for farmed animals.

During World War II, Alex and his family were forced into the infamous Warsaw Ghetto, then into hiding among Christians. His father was captured by Nazis and murdered, while he and his mother escaped first to Western Europe, and then to the US and Israel, respectively.

His career as an environmental chemist and the time he spent campaigning for environmental causes were, he says, ‘satisfying’ but ‘didn’t answer the fundamental question of what were the lessons of the Holocaust.’ It was only when his work took him to a slaughterhouse that he found his true vocation.

Says Dr Hershaft: ‘This is when I finally realized that there was a valid reason for my surviving the Holocaust and a valid way to repay my debt for surviving. This is when I resolved to spend the rest of my life fighting all forms of oppression, starting with our oppression of animals raised for food.’

In 1976, he co-founded the Farm Animal Rights Movement (FARM), became vegan in 1981 and today is a member of the Advisory Council of Jewish Veg in America, Patron of the Jewish Vegetarian Society, and he remains President of FARM. His European tour is being coordinated by ProVeg, an international food awareness organisation with offices in four countries.

Says Jimmy Pierson, Director of ProVeg UK: ‘ProVeg is delighted to host Dr Hershaft on his visit to the UK. His life story is unique and compelling – from suffering unimaginable injustice and oppression first-hand to dedicating his life to freeing others from the same. All of us who hope for a kinder world will, I am sure, be deeply moved by his presentation.’

Dr Hershaft is available for interview in person on Monday 15th May, and by phone on the nearby dates.