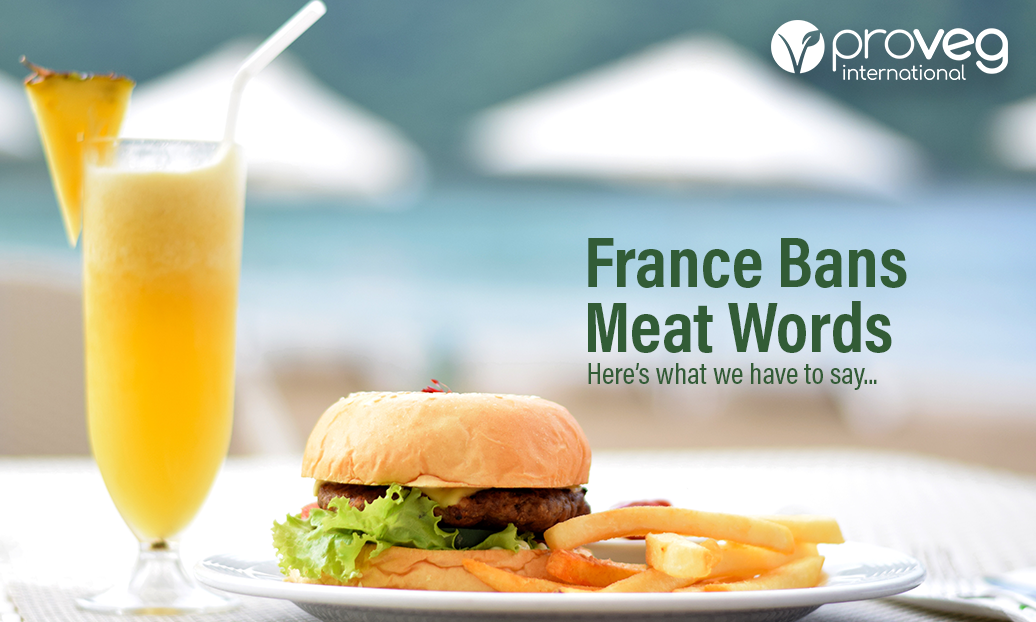 This week, France banned all meat and dairy-related words from all vegetarian and vegan food packaging. French MPs voted that producers can no longer use terms like ‘sausage’, ‘steak’ or ‘burger’ if the product doesn’t wholly or partially contain meat.

As a vegan who has attended many barbeques with a box of veggie sausages in hand, I have had many meat eaters suggest that it’s slightly incongruous with my beliefs that I should be eating something that looks like a meat product. My response has always been that sausages and burgers are simply the form the food comes in, the content is up for grabs. Sausages don’t have to be made of pork; you can get turkey sausages, or even beef sausages, so why not veggie sausages?

This response seems to have been satisfactory for my meat eating friends, but presumably would have fallen on deaf ears had I mentioned it to the French government.

That’s because French MPs, along with the meat and dairy industries, are currently going through the five stages of grief over the loss of an industry that is declining. This is compared to the plant-based food industry which is experiencing a boom, as more and more people are turning to these products for their health, the environment and the animals.

The first stage of grief is denial and it seems to me that this is an act of denial over what is clearly a growing popular movement and a desperate attempt to counteract it. Not only that but they are also bargaining, another stage of grief.

I can imagine a group of suited, steak-loving politicians sat around a table, who simply can’t get their heads around the popularity of plant-based food, wondering how this could possibly have happened. Rather than accept the reality that people are simply thinking more about where their food comes from and how it impacts their health, they think it must all be a big mistake. “Consumers must be confused! They think they’re buying meat because those tricksy vegans are befuddling them with their labels!”

Let’s not mention the fact that most of these labels will also contain references to some form of plant, meaning that anyone with the capacity to read (a necessary component of any label’s success) will understand what it is, signalling to meat eaters that perhaps they should put down the veggie burgers and pick up the meat ones instead. It’s not rocket science.

We went through this last year when the EU decided to ban ‘dairy-style’ names for plant-based products. Has this made the slightest iota of difference? Not exactly. The plant-based milk (or mylk, if you prefer) industry is a runaway train and is expected to exceed $16 billion this year. There was even the cringe-worthy attempt to stem the tide of the plant-based popularity from Irish Dairy last year, which started referring to their milk as plant-based in a pretty tragic ad campaign. What these efforts reveal is that the way we refer to these products doesn’t really make that much difference. It’s what’s inside the packaging, not what’s on the outside, that counts. And people are increasingly choosing food that is better for themselves, animals and the planet.

These patronising and slightly embarrassing examples are a last ditch attempt at subverting a growing movement for change. Let them have it. They have no doubt experienced anger over the threat the plant-based movement poses to industry profits. They will possibly be quite sad about it when it’s clear this movement is not going away. It’s hard to come to terms with large-scale cultural change and we should expect this kind of resistance. It doesn’t change the fact that society is shifting towards eating more plant-based foods and less meat and dairy.

So we have moved through denial, anger, bargaining, depression. That only leaves acceptance. Eventually, when it becomes clear that people are able to distinguish between plants and meat and still go for the veggie option, there will be no choice but to accept and embrace this growing movement for change.