The impact of animal agriculture on climate change 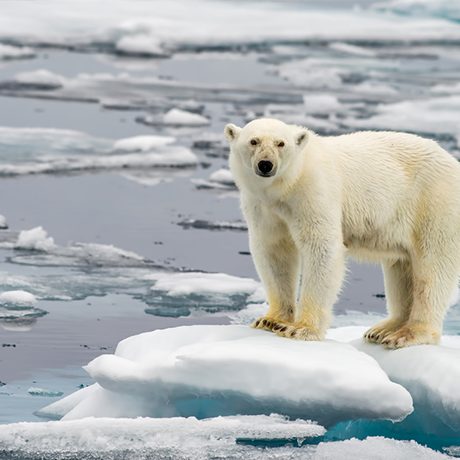 Climate change is a threat to food security, water availability, and biodiversity worldwide, as well as a major cause of environmental disasters. The production and consumption of animal products is a major driver of climate change, whereas adopting a plant-based diet helps to reduce greenhouse gas emissions. ProVeg raises awareness of the connection between our diets and climate change, and provides solutions that make dietary change easier than ever before.

What is climate change?

Since the dawn of industrialisation, the average global temperature has been gradually increasing. A great deal of of research has shown that this increase is due to human activities, and that climate change is rapidly transforming the world we live in. It is already affecting the environment, economy, and society in a variety of ways, and will increasingly influence our daily lives as well. While climate change is marked by long-term incremental changes such as slowly rising temperatures and sea levels, it will also result in a greater number of extreme weather events such as storms, floods, and exceptionally hot summers. These will impact negatively on agriculture, general productivity, and human health. Additionally, climate change results in increased incidences of heat waves that are especially dangerous for children and elderly people.

The role of animal agriculture in climate change

Besides being a huge source of emissions, animal agriculture further exacerbates climate change as vast areas of forests, grasslands, and wetlands are cleared to provide land for grazing and to grow animal feed crops. Forests and other wildlands mitigate climate change by acting as massive carbon sinks, in which carbon is absorbed from the atmosphere and sequestered underground.

Deforestation has serious consequences for the environment

Often referred to as “the lungs of the earth”, the Amazon rainforest is critical to regulating the world’s climate and weather cycles. Yet a staggering 20% has already been destroyed, and an equally big area is facing the same threat.[11]BBC (2005): Amazon destruction accelerating. Available at http://news.bbc.co.uk/2/hi/americas/4561189.stm [03.03.2018] If the destruction of the Amazon rainforest continues unchecked, we will reach a point of no return, which could lead to the complete collapse of the Amazonian ecosystem, with grave repercussions for global climate.[12]Saatchi, S., S. Asefi-Najafabady, Y. Malhi,et al (2013): Persistent Effects of a Severe Drought on Amazonian Forest Canopy. Proceedings of the National Academy of Sciences 110, no. 2 (January 8, … Continue reading

Forests, wetlands, and grasslands fulfil vital functions for local climates and water supplies. Their destruction and conversion to farmland are among the largest sources of carbon dioxide emissions.[13]IPCC (2007): Climate Change 2007: Synthesis Report. Contribution of Working Groups I, II and III to the Fourth Assessment Report of the Intergovernmental Panel on Climate Change [Core Writing Team, … Continue reading Furthermore, the resulting habitat destruction endangers plant and animal wildlife, compounding the pressure on biodiversity and ecosystems.

Thus, animal agriculture has a doubly damaging effect on climate: not only does it produce huge amounts of harmful greenhouse gas emissions, it also destroys Earth’s natural defense systems.

Additionally, fertile topsoils such as humus and peat, which are rich in organic matter, are at risk of erosion due to deforestation, wetland drainage, and unsustainable land management. These priceless natural resources cannot be restored within our lifetime. Agricultural machinery, over-fertilisation, toxins, and monocultures deplete and loosen the soil, which is then carried away by wind and rain. Poor soil leads to weak harvests, which in turn necessitate the cultivation of ever-expanding areas of farmland. The earth’s soils also act as huge carbon sinks and contain more carbon than the entire atmosphere or all of the planet’s vegetation.[14]Gobin, A., P. Campling et al. (2011): Soil organic matter management across the EU – best practices, constraints and trade-offs, Final Report for the European Commission’s DG Environment, … Continue reading [15]Heinrich-Böll-Stiftung, Institute for Advanced Sustainability Studies, and Bund für Umwelt- und Naturschutz Deutschland (2015): Bodenatlas 2015: Daten und Fakten über Acker, Land und Erde. The destruction of topsoils further compounds the problem of global warming.

Even though consumption of animal products plays a major role in climate change, there is little public awareness of the link between diet and climate change. Recognising the climate impact of different foods is a crucial first step in making climate-friendly food choices.

A plant-based diet is climate-friendly

There is consistent evidence that diets high in plant-based foods and lower in animal products are less damaging to the climate. Consider, for example, that, depending on various factors, producing 1 kg of beef releases between 10 and 30 kg of carbon dioxide into the environment,[21]Vergé, X. P. C., J. A. Dyer, R. L. Desjardins, et al. (2008): Greenhouse gas emissions from the Canadian beef industry. Agricultural Systems. 98, p.126–134 [22]Lesschen, J P., M. van der Berg et al. (2011): Greenhouse gas emission profiles of European livestock sectors. Animal Feed Science and Technology, pp. 166-167 and pp. 16-28. [23]Garnett, T. (2009): Livestock-related greenhouse gas emissions: Impacts and options for policy makers. Environmental Science and Policy 12, pp. 491–504. [24]Carlsson-Kanyama, A., & A. D. González (2009): Potential contributions of food consumption patterns to climate change. The American Journal of Clinical Nutrition 2009; 89 (suppl), pp. 1704S-9S. [25]Reinhardt, G., S. Gärtner, Münch, J. & S. Häfele (2009): Ökologische Optimierung regional erzeugter Lebensmittel: Energie- und Klimabilanzen, Heidelberg: IFEU. [26]Venkat, K. (2012): The climate change and economic impacts of food waste in the United States, Portland, OR: CleanMetrics Corp. while producing 1 kg of tofu releases only 1 kg of carbon dioxide.[27]Mejia, A. et al. (2017): Greenhouse Gas Emissions Generated by Tofu Production: A Case Study. Journal of Hunger & Environmental Nutrition Replacing beef with beans would free up 42% of US farmland, achieve 75% of the US’s 2020 climate goal, and provide more than sufficient dietary protein.[28]Harwatt, H. et al. (2017): Substituting beans for beef as a contribution toward US climate change targets. Climatic Change doi:10.1007/s10584-017-1969-1 Studies suggest that personal food-related carbon footprints could be halved with the adoption of a plant-based diet,[29]Wissenschaftlicher Beirat für Agrarpolitik, Ernährung und gesundheitlichen Verbraucherschutz & Wissenschaftlicher Beirat Waldpolitik beim BMEL (2016): Klimaschutz in der Land- und … Continue reading [30]Scarborough, P. et al. (2014): Dietary greenhouse gas emissions of meat-eaters, fish-eaters, vegetarians and vegans in the UK. Climatic Change 125, p.179–192 and that if everyone adopted a vegan diet, worldwide food-related greenhouse gas emissions could be reduced by up to 70% by 2050.[31]Scarborough, P. et al. (2014): Dietary greenhouse gas emissions of meat-eaters, fish-eaters, vegetarians and vegans in the UK. Climatic Change 125, p.179–192 Given that, calorie for calorie, meat, dairy, and other animal-based foods create more greenhouse gases and require significantly more land and other resources than plant-based foods, it is easy to conclude that, besides its many other benefits, a plant-based diet is one of the simplest and most effective ways that each one of us can make a positive impact on climate change.

ProVeg raises awareness about the climate impact of our food choices by communicating with political decision-makers and civil society organisations. Politicians need to introduce and prioritise food consumption and production, particularly animal agriculture, on both the global climate protection agenda and within national implementation plans. In order to have our voice heard, we team up with others, for example the German Climate Alliance, a strong network of over 100 organisations. Additionally, ProVeg actively negotiates and contributes to national climate change policies through public participation processes.

At COP23 in Bonn, Germany, ProVeg handed over a petition to German State Secretary Jochen Flasbarth, calling for animal agriculture to be put on the agenda. ProVeg also hosted a successful side event with leading scientists, including Marco Springmann from Oxford University and Alon Shepon from the Weizmann Institute of Science.

2018 will be an important climate policy year in which ProVeg will continue to work intensively on the topic and pursue political dialogue in a targeted manner. In Germany, the first package of measures to shape the German climate protection plan, including concrete instruments, is being negotiated. At the international level, the year begins with the so-called Intersessional Conference, during which guidelines and concrete points will be negotiated and prepared for the next Climate Change Conference in Katowice (Poland) (COP24).