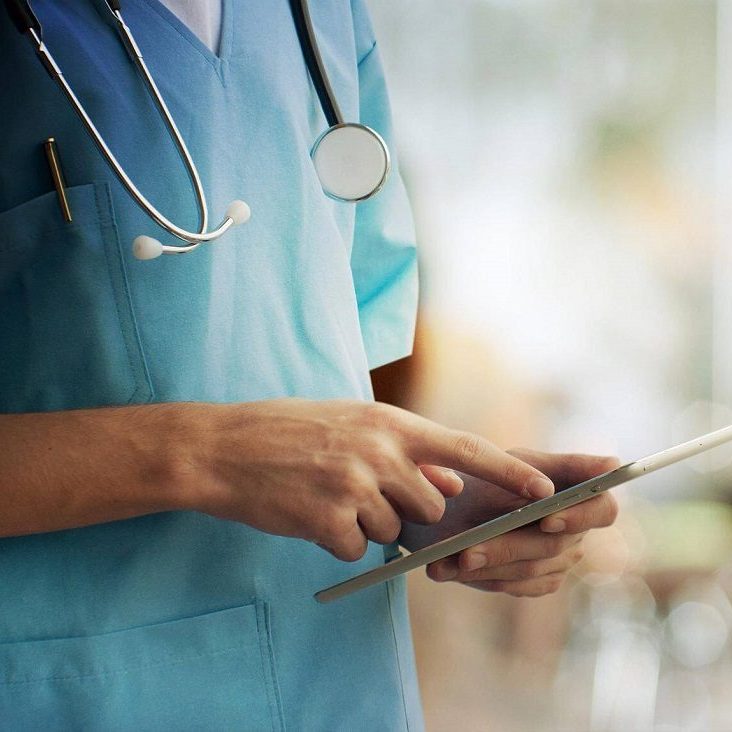 According to a new study, vegans face a 43% higher risk for bone fractures than meat eaters. Does this present bad news for plant-based-food lovers, or is it propaganda propagated by the meat and dairy industries? In fact, it is neither. Let’s take a closer look.

In November 2020, a team of scientists published a new analysis of the results of the EPIC-Oxford study, a long-term study of 65,000 men and women living in the UK, recruited between 1993 and 2001. Since then, numerous academic papers have been published on the results. Just as with previous analyses, the current paper provides important information about the long-term effects of diet and lifestyle factors on our health.[1]EPIC-Oxford (2020): The EPIC-Oxford Study. available at: http://www.epic-oxford.org/ [25.11.2020] It was a robustly designed study, with accurate analysis of the data.

This is why we should explore beyond the headlines which suggest that vegans and vegetarians may have a higher risk of bone fracture. First of all, we should not only look at percentages but also at the absolute numbers. The evaluation under discussion is based on a population of about 55,000 people, including about 2,000 vegans. With over 17 years of follow up, on average, participants reported a total of 3,941 fractures, with 147 fractures among vegans.[2]Tong, T. Y. N., P. N. Appleby, M. E. G. Armstrong, et al. (2020): Vegetarian and vegan diets and risks of total and site-specific fractures: results from the prospective EPIC-Oxford study. BMC … Continue reading Looking at the actual numbers may help to bring the facts into a clearer context. However the results are still significant, and, as such, we must also look at the factors which can lead to an increased risk of fracture.

Vegans and vegetarians tend to have a lower BMI (Body mass index) than meat eaters, which is a key factor when it comes to interpreting the data. The greater tissue padding of people with a higher BMI can have a protective effect against fall-related fractures. For example, results from the Million Women Study, which included about 1,155,000 postmenopausal participants, show that, compared with lean women, obese women had a 43% and 77% reduced risk of wrist and hip fractures, respectively.[3]Armstrong, M. E. G., B. J. Cairns, E. Banks, et al. (2012): Different effects of age, adiposity and physical activity on the risk of ankle, wrist and hip fractures in postmenopausal women. Bone … Continue reading

The authors of the current paper also point to the fact that their interpretation is limited by the small numbers of cases, “especially because of the strong correlation between diet group and BMI, which results in very few vegans in the higher BMI category, and vice versa comparatively small numbers of meat eaters with a low BMI”.[4]Tong, T. Y. N., P. N. Appleby, M. E. G. Armstrong, et al. (2020): Vegetarian and vegan diets and risks of total and site-specific fractures: results from the prospective EPIC-Oxford study. BMC … Continue reading It is important to note that this fact has not generally been acknowledged in the articles that have garnered so much attention in the last week.

Although a high BMI can have a protective effect, minimising the risk of fractures, the benefits of a plant-based diet with a BMI in the normal range offers many more benefits compared to a diet centred on animal-based products. Type 2 diabetes, several types of cancer, and cardiovascular diseases can all be managed and even avoided by following a more plant-based diet that is less calorie dense and lower in saturated fats, salt, and refined sugars. Food from plants contains no dietary cholesterol and provides a plethora of vitamins, minerals, fibre, and secondary plant compounds, all of which play an important role in sustaining human health.

However, vegans in the study did have a lower intake of calcium and protein than the other diet groups. This is often the result of insufficient total calorie intake, which leads not only to a low BMI, but also to poor bone mineral density. Although there is a risk of protein deficiency if too few calories are consumed on a vegan diet, protein requirements can easily be met with a plant-based diet. Pulses (including lentils, peas, and beans – and, above all, soya beans) and cereals (rice, oats, millet, wheat, spelt, rye) are of particular importance as protein sources for those on a plant-based diet. Soya products such as tofu and tempeh are also high in protein. The consumption of a wide range of plant foods and a sufficient intake of calories are key. 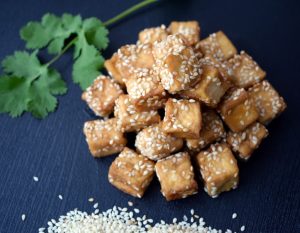 Calcium is an important building block for bones and teeth, as well as other structures and tissues, and is prevalent in both animal- and plant-based foods.[5]Institute of Medicine (US) Committee to Review Dietary Reference Intakes for Vitamin D and Calcium (2011): Dietary Reference Intakes for Calcium and Vitamin D. National Academies Press (US) … Continue reading Calcium deficiency can lead to osteoporosis, and thus indeed to a higher risk of fractures. While dairy products and cow’s milk are often praised for their high calcium content, many plant foods contain adequate amounts of calcium. Chinese cabbage, kale, broccoli, collards, mustard greens, calcium-set tofu, navy beans, white beans, almonds, tahini, dried figs, and fortified products such as plant-based milk are all significant sources of calcium. 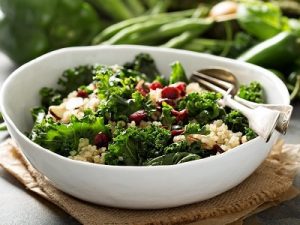 Finally, vitamin D levels play a key role in calcium homeostasis and bone health. Sufficient levels of vitamin D can be achieved by sufficient bodily exposure to sunlight (this link was not examined in the current study). In the summer months, a supplementation of vitamin D should not be necessary, so long as one spends a minimum of 20 minutes a day outside, in the sun. However, in the colder months, especially for people living in the northern hemisphere, vitamin D supplementation may be essential. Specific populations (such as office workers, children, and the elderly) may need vitamin-D supplementation even in summer. Before taking any supplement, it is strongly advised to have appropriate blood tests and consult with a medical professional.

Approaches to fortification vary between countries. In some countries, food fortification is mandatory, while, in others, it is voluntary.[6]Global Fortification Data Exchange (2020). Available at: https://fortificationdata.org/interactive-map-fortification-legislation/ [26.11.2020] The World Health Organisation promotes food fortification as a means of preventing malnutrition and, as such, provides governments with guidelines on appropriate measures.

An enhancement of a product’s nutrient profile in order to prevent deficiencies and better cover the dietary needs of the population. In this sense, nutrients that are not naturally present in a food or beverage may also be added (e.g. calcium-fortified oat milk and iodised salt).[7]https://www.health.gov.il/PublicationsFiles/nutrition-2020_en.pdf

In Europe, food fortification is generally voluntary. The responsibility to eat healthily and consume adequate amounts of nutrients lies in the hands of consumers themselves, regardless of the diet they follow. However, any diet can be nutrient deficient and thus lead to malnutrition. A mixed diet can be deficient in iodine, iron, fibre, folate, vitamin C, vitamin E, magnesium, vitamin B12 and vitamin D. In a plant-based diet specifically, the so-called critical nutrients are vitamin B12, calcium, zinc, iron, iodine, and omega-3 fatty acids.[8]Academy of Nutrition and Dietetics (2016): Position of the Academy of Nutrition and Dietetics: Vegetarian Diets. Available at … Continue reading

Overconsumption of nutrients through fortified foods is quite unlikely. Food fortification is strictly regulated in most countries: the amounts of added nutrients are based on safety recommendations, which is not always the case with dietary supplements. Usually, only a fraction of daily requirements is covered by fortified products, e.g. most calcium-fortified plant milks contain 15% of the recommended daily amount of calcium per 100 millilitres, which amounts to 120 milligrams of calcium. The tolerable upper limit for calcium intake (the safe amount of calcium which can be ingested) is 2,500 milligrams. One should also keep in mind that the biological availability of nutrients depends on many external and internal factors, including the cooking method used, the presence of other nutrients, and exposure to light and air, to name just a few.