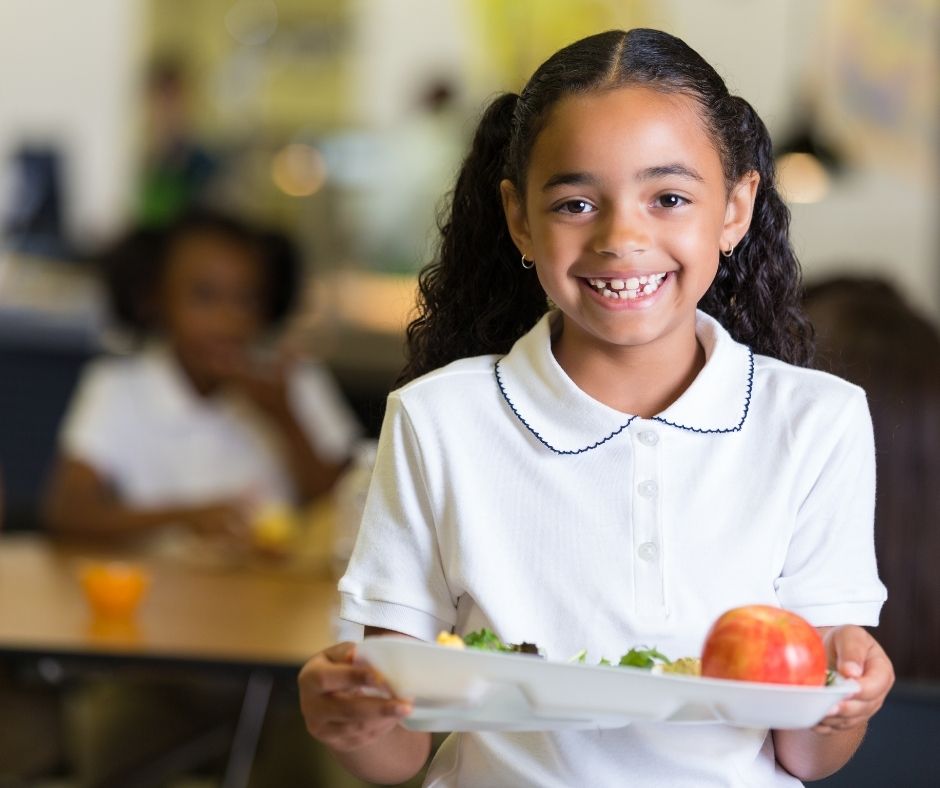 School children are set to be one of the biggest beneficiaries of the much-anticipated Part 2 of the National Food Strategy, according to ProVeg UK, a non-profit organisation working to make school food healthier and more sustainable

The independent report, commissioned by the Government in 2019 and published today, sets out recommendations to build a better food system for a healthier nation, including how to escape the “junk food cycle and protect the NHS”. The plan includes the following changes to the national diet by 2032 (compared to 2019):

Jimmy Pierson, Director of ProVeg UK, who were consulted by the National Food Strategy team in the creation of the report, said: “This groundbreaking strategy is a huge stride forward for school children, who can, by eating more plant-based foods and less meat, become one of its biggest beneficiaries. It also recognises the need for diet change not climate change, and how crucial a role the public sector can play in meeting the Government’s ambitious climate targets.

“We now strongly encourage the government to redesign the Government Buying Standards for Food in line with today’s recommendations to encourage the public sector to serve less meat and dairy and more wholegrains, fruit, vegetables and pulses. And we look forward to the outcome of the ongoing update of the School Food Standards and hope, in light of the report’s ambitious meat-reduction target, to see the removal of the requirement to serve meat at least three times a week and dairy every day.

“The shift towards eating more plant-based foods and less meat is already in full flow in schools. We’re working with dozens of local authorities, schools and catering companies on menu changes that are being received overwhelmingly positively by children and parents. This strategy now offers other school food providers the opportunity to follow suit, and for the Government to accept the direction of travel towards more plant-based foods in the form of new legislation in the coming months.”

The role of meat has, as expected, been placed at the heart of the strategy, taking up 6 of the 16 chapters. It emphasises the major role to be played by alternative protein sources, particularly in place of highly processed animal products, with the onus on government intervention to achieve the targets.

The report also calls on the Government to double the funding for the School Fruit and Veg Scheme, while also recommending a new ‘Eat and Learn’ scheme in which Government should require schools to work with accreditation schemes, such as Food for Life, and schemes to provide training to catering staff, such as ProVeg UK’s School Plates programme.

Pierson added: “The recommendations are potentially great news for addressing childhood obesity. We know that a diet based around vegetables and fruits, legumes and whole grains, inclusive of less animal-derived saturated fat, can support children to maintain a healthy weight, lowering the prevalence of obesity.

“The increased fibre consumption from eating more plant foods would also be hugely beneficial for school children, most of whom in the UK are fibre-deficient, with only 18% of children aged 5 to 15 eating five standard portions of fruit and vegetables per day. We’ve known for a long time that fibre deficiency can lead to an increased risk of heart disease, stroke, hypertension, obesity, type 2 diabetes, and several cancers.”

The report follows the Climate Change Committee’s sixth carbon budget that called on the Government to implement policies to encourage “a 20% shift away from all meat by 2030 rising to 35% by 2050, and 20% shift from dairy products by 2030” in order to put the UK on the path to net-zero.

More than 300 local authorities in England (around 74%) have now declared a climate emergency. Many have already recognised that school food can play a key role in addressing the climate emergency and are now working with ProVeg UK on menu change to include fewer animal products and more plant-based food.