World Water Day – How Choosing What We Eat and Drink Can Save More, So Much More, Water than Fixing that Leaky Tap 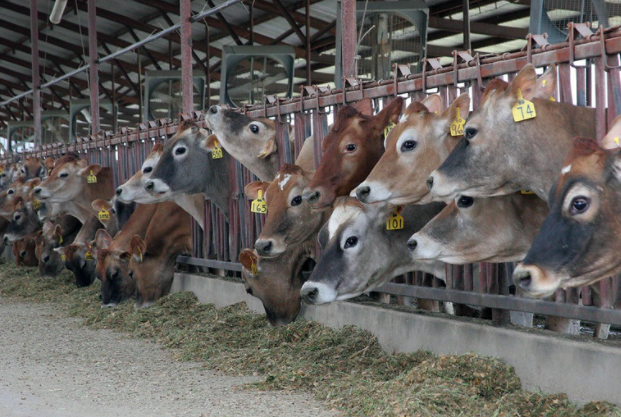 As humans we consume things, it’s kind of what we do. Sometimes we’re so embroiled in our day to day lives, coupled with an increasing ‘city-centric’ population base that distances us from nature, that we never stop to think about the true cost of where things come from, especially when it comes to our dietary choices.

The truth is that we all feel that Mother Earth provides for us well, with an abundance of things catering to our every need, but often we don’t think of the resources needed to provide those ‘essential suppliers’. We think every natural resource on earth is infinite.

That’s why on World Water Day it’s worth thinking about just one resource – water.

In developed countries water is a given. We turn on our taps and out it comes. It’s there for us, when we want to drink, when we want to wash, clean our teeth, shower, wash the car. On goes the tap and out it comes. Increasingly environmentally aware, it seems more and more of us try to do what we can at home to preserve this precious resource – like turning off the tap when we clean our teeth, fixing dripping taps, even using the economy/half flush to save water where we can. And that’s all very valiant indeed.

If we leave the tap on for two minutes whilst cleaning teeth, that pours 12 litres down the drain. If we flush a toilet that uses on average around 6 litres, but is this really the best way to conserve water? What about what we eat – do we really think about that. What’s our footprint there?

Well food choices are very important when it comes to water. The amount of water that mass agriculture uses is truly staggering. And tragically, for most of us it isn’t something that realistically we can avoid completely. But we can certainly do our bit.

According to waterfootprint.org, to mass produce vegetables it takes a ratio of 197 litres per kg. On a litres to kcal ratio it’s 0.69 litres per kcal. Now that’s a lot. But no one is suggesting cutting down on veg.

So how does dairy compare? There’s a lot of talk that products like almond milk are water intensive and bad for the environment. That’s not untrue – but compared with cow’s milk (at a rate of 1020 litres per kg, and 1.82 litres per kcal), then even almond milk is still better when it comes to water usage – in fact all plant milk production is less water intensive than dairy. This is a great graph from the BBC article here that references a Poore and Nemecek report from 2018. 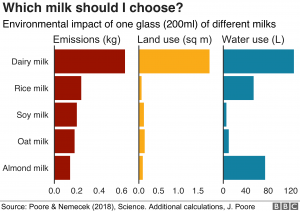 So, if you want to help the planet and help conserve water resource then keep turning off your taps, keep your showers short and fix those leaky taps. But also consider swapping that burger or a plant based one, that scrambled egg for a tofu scramble, that latte for an oat latte. And you’ll be a true water hero.

Philip Mansbridge is the Executive Director of ProVeg UK. Philip has previously headed up leading animal welfare and conservation charities, including in the role of UK Director at the International Fund for Animal Welfare (IFAW), and Care for the Wild International, as well as working in senior positions at Battersea Dogs and Cats Home, Guide Dogs and Cats Protection. Philip speaks regularly to the media on these issues and at animal and plant-based events up and down the country.