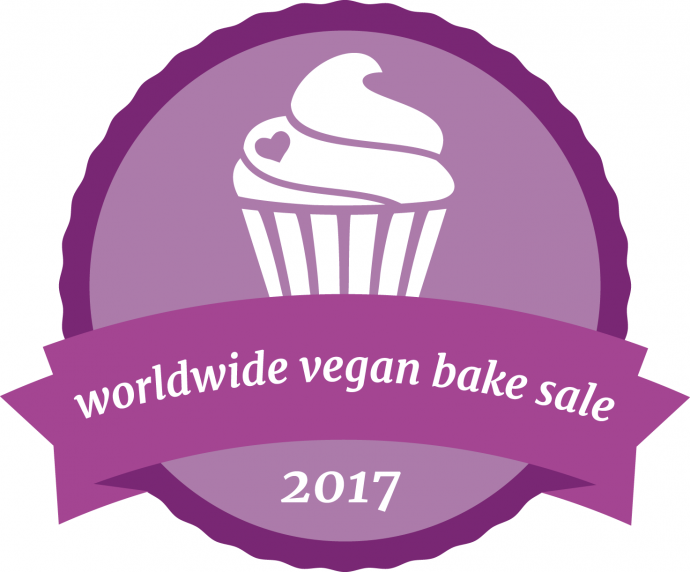 ProVeg, the international food awareness organisation, has launched its annual Worldwide Vegan Bake Sale this Easter, and bakers in more than 20 countries across 5 continents have taken up the challenge.

The campaign to promote animal-free foods through cupcakes, muffins and pastries is now in its ninth year, and it is expected that more than 200 bake sales will take place around the world between 15th and 30th April. In the UK, sales have been confirmed from Aberdeen to Bath and locations can be found on the dedicated website www.veganbakesale.org, where ProVeg also advises how to take part, and offers tips on baking cakes and sweet treats without using eggs and milk.

According to Jimmy Pierson, Director of ProVeg UK: “At Easter we look forward to indulging ourselves with sticky hot cross buns and rich Simnel cake, but it’s easy to overlook the suffering behind these celebratory foods. The egg industry disposes of millions of unwanted male chicks in the UK every year because they are the wrong gender to lay eggs. These chicks – the very symbol of hope and innocence at Easter – are gassed to death on their first day of life. Male calves are also considered useless to the dairy trade, and they too may be killed at birth. Yet it’s entirely possible to enjoy delicious traditional Easter foods without causing suffering, and all it takes is a little tweak to a recipe.”

The Worldwide Vegan Bake Sale is an international outreach programme which began in the US in 2009. Anyone can participate, bake and sell vegan goods, and donate the money raised to a cause of their choice. Last year, 200 events took place on all six continents and since its inception, more than $300,000 has been raised and donated to good causes. This year, participating countries include Australia, Germany, Mexico and Hong Kong.

Pierson continues, “With interest in veganism at an all-time-high, it’s a great time to discover the joys of vegan baking, whether it’s for home-cooking or to take part in the Worldwide Vegan Bake Sale. There are so many alternatives now available that we don’t need eggs in baking – it’s only routine that keeps them in recipes. Ripe bananas are brilliant in muffins, for example, while apple sauce and silken tofu are both perfect for cakes and brownies. There are more baking tips on the website and links to plenty of delicious recipes including rhubarb scones, hot cross buns and chocolate-almond cake. Vegan baking is good for animals, kinder to the environment, and it’s great for our taste buds – if not our waistlines – too!”