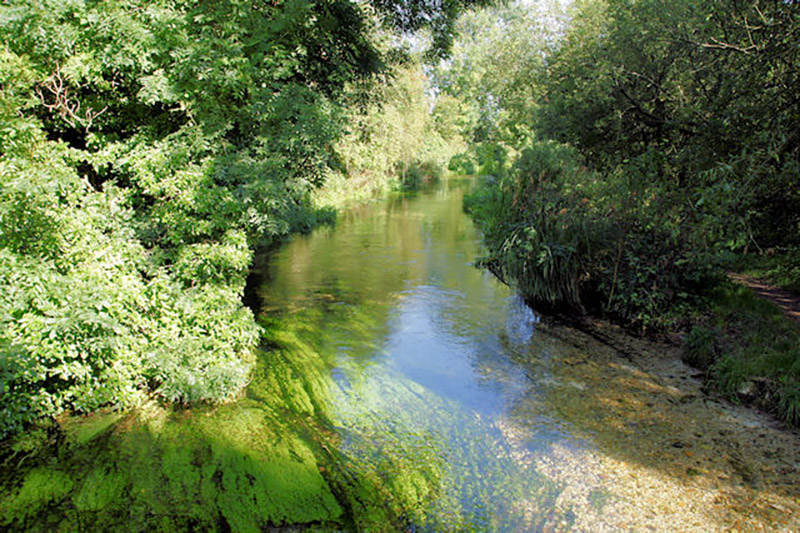 A few weeks ago, I went kayaking with a few people on my local river, the Itchen, and on the open Southampton Water (which is one of Britain’s largest passenger and cargo ports). Our experienced paddler, Mark, mentioned how, in training last year, he had managed to gulp some water when practicing rolling over. He hadn’t even swallowed it, but he was ill for the next week and a half.

Recent data suggests that only 14% of the UK’s rivers are of a good ecological standard – and none are of a good chemical standard – due to sewage discharges and agricultural and industrial chemicals entering the water system. Run-off from agricultural industries is responsible for 40% of damage to waterways, according to the UK’s Environment Agency. English river quality is apparently the worst in Europe, although continental rivers are also pretty polluted. And industrial agriculture is also one of the leading causes of water pollution in the US.

How we produce our food has a direct effect on the land, water, and air around us. Manure (including ammonia, nitrogen, and other chemicals) and greenhouse gas (GHG) emissions don’t just disappear once released from a farm, industrial plant, or another source. Nitrates, contaminants such as bacteria, and other waste products are absorbed into the water table where they linger in the groundwater. They reach rivers, lakes, and the world’s oceans, where they cause algal blooms and the degradation of water quality and aquatic life, ultimately affecting not just biodiversity, but also oxygen production and global weather systems, which in turn exacerbate climate change. Agricultural run-off pollutes land and reduces soil fertility and therefore crop quality and yield, while animal agriculture is responsible for about 16% of GHGs globally, and around 17% of Europe’s total GHGs.

Yet, actions to reduce emissions and pollution from animal agriculture are woefully missing in EU policy. The EU’s Green Deal and Farm to Fork Strategy offer some lofty ambitions. However, concrete plans are lacking, and several major EU policies, such as the Common Agricultural Policy (CAP), which takes up nearly 40% of the entire EU budget (around €60 billion in 2018), actively contribute to maintaining the status quo and in fact incentivize animal farming. Despite all the EU’s climate pledges, GHG emissions from the animal-agriculture sector actually increased between 2007 and 2018 by 39 million tonnes of CO2 – the equivalent of adding nearly 8.5 million cars to European roads.

Feeding animals with crops that people could eat directly is wasteful. Think about it – about a third of all grains and two-thirds of soya beans, maize, and barley is fed to animals. Only a small proportion of calories fed to animals is converted into meat; the majority of nutrients are used for metabolism or excreted as waste products. In other words, large parts of the world’s harvest fed to animals is ultimately converted into excrement. This is a travesty, particularly when we consider that up to 4 billion people could be properly nourished if they consumed the world’s current grains and crops directly, instead of these foods passing through animals first.

Of course, a small amount of manure could be used as fertilizer on neighboring farms. However, the problem with industrial farming is that there is simply far too much manure to be put to good use. If the EU is serious about addressing pollution, it must significantly reduce livestock numbers (by at least 50%), stop importing animal feed from deforested areas such as South America, and promote plant-based farming and consumption as healthier and more sustainable alternatives to animal product-based diets. The solution to pollution is simple.