“It’s there for the taking”: An Interview with Veganuary co-founder Matthew Glover 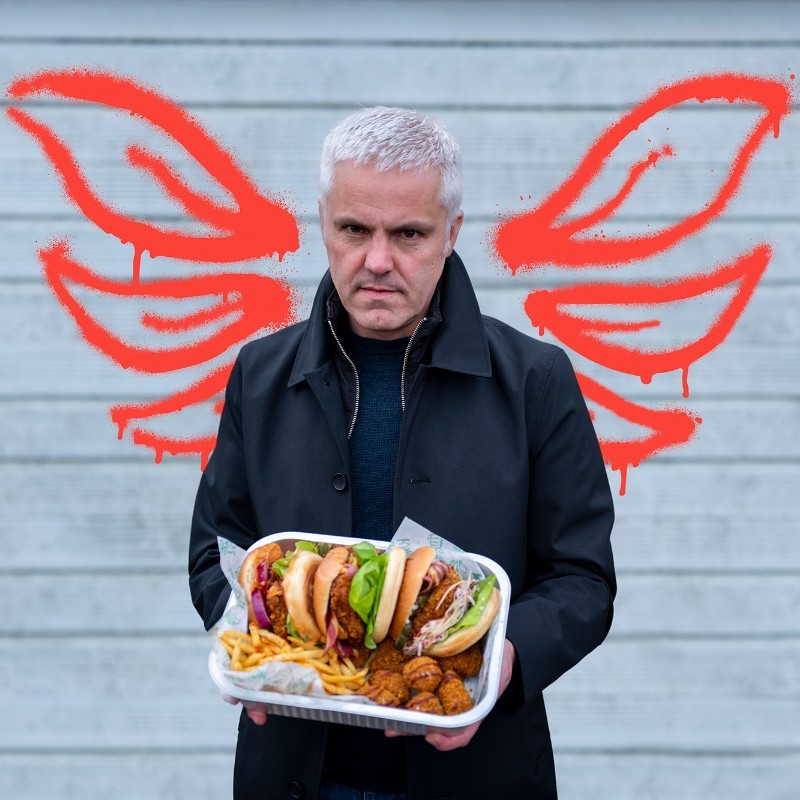 As part of ProVeg’s mission to support the worldwide adoption of plant-rich diets, we’ve been interviewing thought leaders from across the food industry and retail sectors. We’re combining our consumer research with their commercial expertise to create the New Food Hub: a cutting-edge collection of white papers with actionable insights for busy professionals.

This month we caught up with Veganuary co-founder Matthew Glover. A serial entrepreneur, his investment business, Veg Capital, has supported some of the most exciting and disruptive brands on the market. His latest venture, VFC (Vegan Fried Chicken) encapsulates his energy and optimism about the future. But first, we wanted to touch on one of his most impactful social interventions – Veganuary, an increasingly global phenomenon whereby consumers commit to eating plant-based for the month of January. Since launching in 2014, an estimated two million people have taken the pledge, and Veganuary has become a regular fixture in retail and restaurant calendars. I asked Glover how the plant-based market has changed over the past eight years?

“Veganuary was all about increasing demand for plant-based products. With Veg Capital, it’s about increasing the supply side. Eating out, shopping, cooking, and social friction were all challenges [for consumers]. Veganuary now has a corporate outreach team to help engage big food companies and encourage them to see the financial benefits of growing this sector – alongside the sustainability and ethical benefits,” explains Matthew.

Since the first edition of Veganuary, retailers have become increasingly keen to participate, which is creating a positive feedback loop into the growing demand for plant-based foods. “When we launched it, we just focused on getting as many people to sign up as possible. Retailers are now keen and excited – there are new opportunities and higher margins.”

Of course, most people taking the Veganuary pledge are flexitarians. So how does Matthew’s latest brand, VFC, win them over? This, he concedes, is where some compromise was necessary.

“Why do people sign up for Veganuary? Health, environment, and animal welfare,” he explains. “For VFC, we’ve chosen to focus on the animal-welfare angle for choosing our nuggets.”

Matthew’s brands are strongly mission-driven, but those core values don’t necessarily align with mainstream consumers. “Price, convenience, and taste are cited as the top three things to focus on and I agree with that,” he explains. So how did they settle on messaging that appeals to everyone?

“We spent a whole day brainstorming our messaging. I wanted to go all-in on animal rights, mission, purpose, but [our brand partners] steered me towards a middle-ground. We don’t want to offend flexitarians, but we do educate people. At the same time, VFC has probably pushed the needle more than most – we’ve been at factory farms, filming – food brands don’t usually do that.”

Terminology was a key line in the sand, however. “As a brand, I’ve banned the term plant-based,” he explains. “We don’t even use it as a hashtag. Vegan represents who we are and how we feel as an organisation. There’s uncertainty among consumers around what plant-based means – it’s more ingredient and diet-led. Whereas vegan is more mission-led.”

And is the gamble paying off? Are flexitarians ready to accept loud-and-proud vegan brands? Matthew believes so – and he’s got the numbers to back it up. You can hear more of Matthew’s experiences, as well as insights from fifty other food industry and retail professionals, in ProVeg’s New Food Hub – launching this spring. Join our newsletter to get notified for early access.