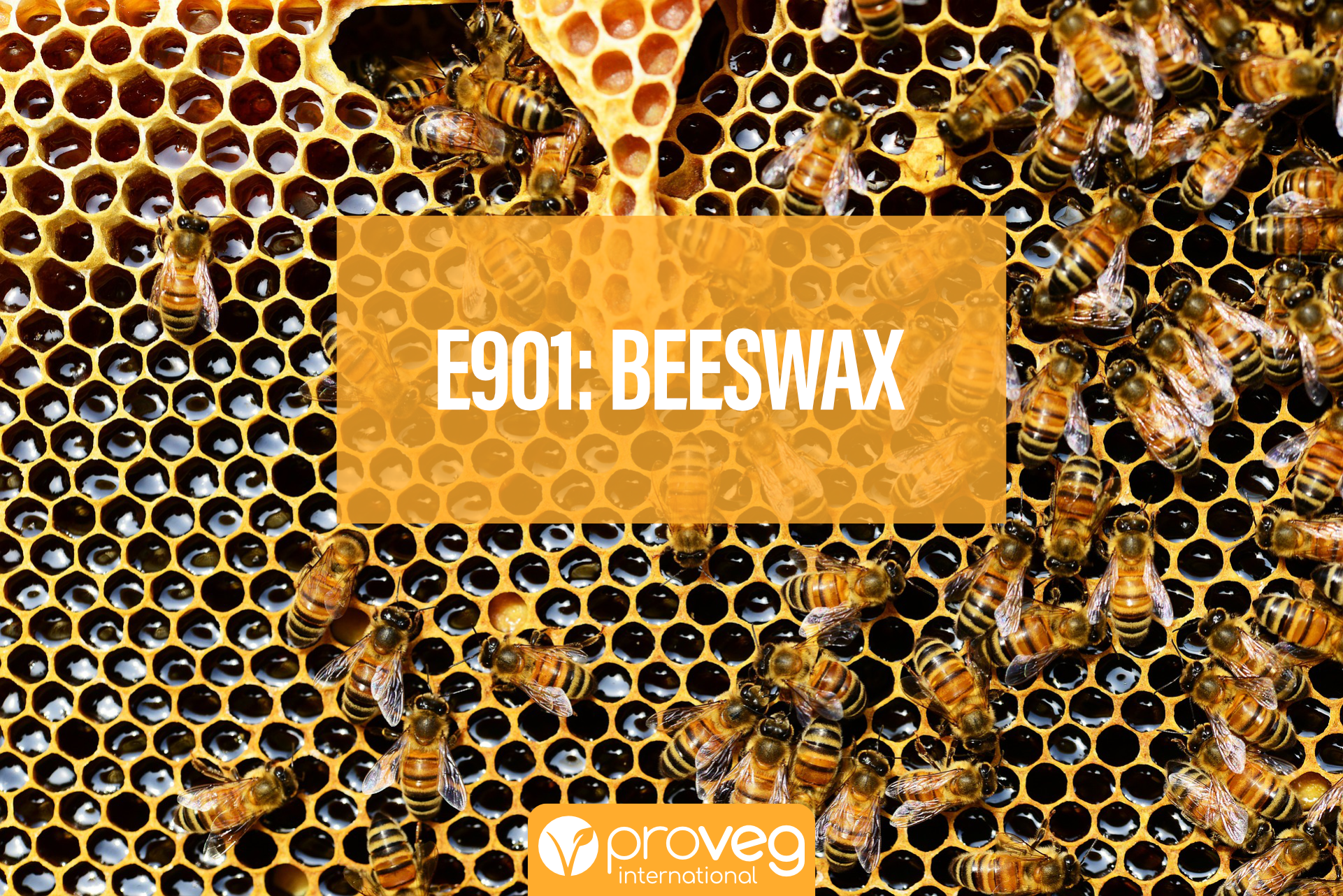 You may be eating animal ingredients without even knowing it! Besides milk, eggs and meat, other animal products can also be found in food and it’s not always obvious.

For example, many animal-derived substances are listed as E-numbers on ingredients lists. In this article, we’ll be telling you about beeswax: what it is, and where it ends up being used. But first some general information about E-numbers…

E-numbers are substances that are added to foods to improve certain properties. For example, colourants, flavourants and preservatives. E-numbers are approved by food regulating bodies and are extensively tested. Sometimes there are discussions about how healthy and safe E-numbers are, but in theory they are harmless. E-numbers can have either a natural or an artificial origin – but it is often difficult to find out whether an E-number has an animal or synthetic source. Some E numbers always come from animals, but others are often listed as ‘possibly’ animal-derived. Fortunately, plant-based E numbers also exist!

For example, a widely-used E-number is E300. This is simply ascorbic acid (better known as vitamin C) and is used as an antioxidant and bread improver. Ascorbic acid is one of the most-used E-numbers and it is plant-based. Just like most of the E-numbers, it is suitable for vegans and vegetarians. Unfortunately however, there are several E-numbers that are of animal origin…

E-numbers that do come from animals are often made from meat, bones, animal fat, milk and egg. In this blog you can read more about E901: beeswax.

Beeswax is produced by worker bees, who use the wax to make the walls of the cells in which they store honey and pollen. Young bees are also raised in these cells. The worker bees work hard to produce the beeswax: for example, they have to consume ten kilos of honey to produce one kilo of beeswax. They secrete liquified wax from wax-secreting glands on their abdomen, which hardens into thin scales of about 3mm long and 0.1mm thick – a healthy worker bee will produce about eight scales in 12 hours. Beekeepers “harvest” the wax and give art back to the bee colonies: a melted-on mock honeycomb. The bees thus have to put less energy into “washing out”, which allows them to produce more honey.

There is a lot of contradictory information on the internet about the bee industry. For example, in some factories, the wings of bees would be cut off, and the queen bee is artificially inseminated by bees who are subsequently killed. Many pesticides are also used in the bee industry, which of course negative environmental impact.

“Organic” bees appear to have better living conditions. For example: bees are not allowed to be killed during the extraction of honey and wax; honey or wax may not be taken from honeycombs with young bees; the wings of the queen may not be cut; and no harmful pesticides may be used. The fact remains, of course, that the bees produce beeswax for their own use and humans take this for their consumption. 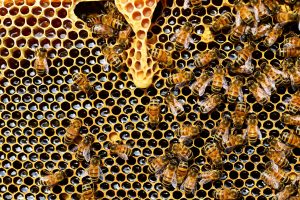 Beeswax is often used as a rinse aid for sweets and liquorice, for example. Sweetened candies usually do not contain beeswax, but smooth, shiny candies often get their shine through beeswax. It can also form the basis of chewing gum, and beeswax is also used in honey flavour. 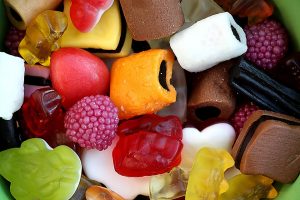 Beeswax is also used in cosmetics, in which case it is mentioned under the names Beeswax, Cera Alba or Cera Flava. Beeswax is a fatty substance, so it is often used in lip balm, body lotion, hand cream and face masks. Synthetic beeswax is sometimes also used in cosmetics, but it is unfortunately not always vegan. Even though there is no real beeswax in it, it sometimes contains lanolin, which is a substance made from sheep’s wool. 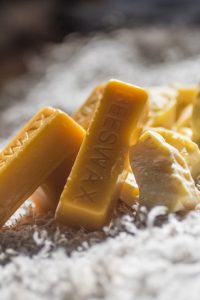 It’s always good to be informed and at least know what you might be consuming. If you are aiming for a 100% vegan lifestyle, you will want to avoid the use of beeswax – fortunately there are plant-based alternatives!

Translated and adapted from the ProVeg Netherlands blog.