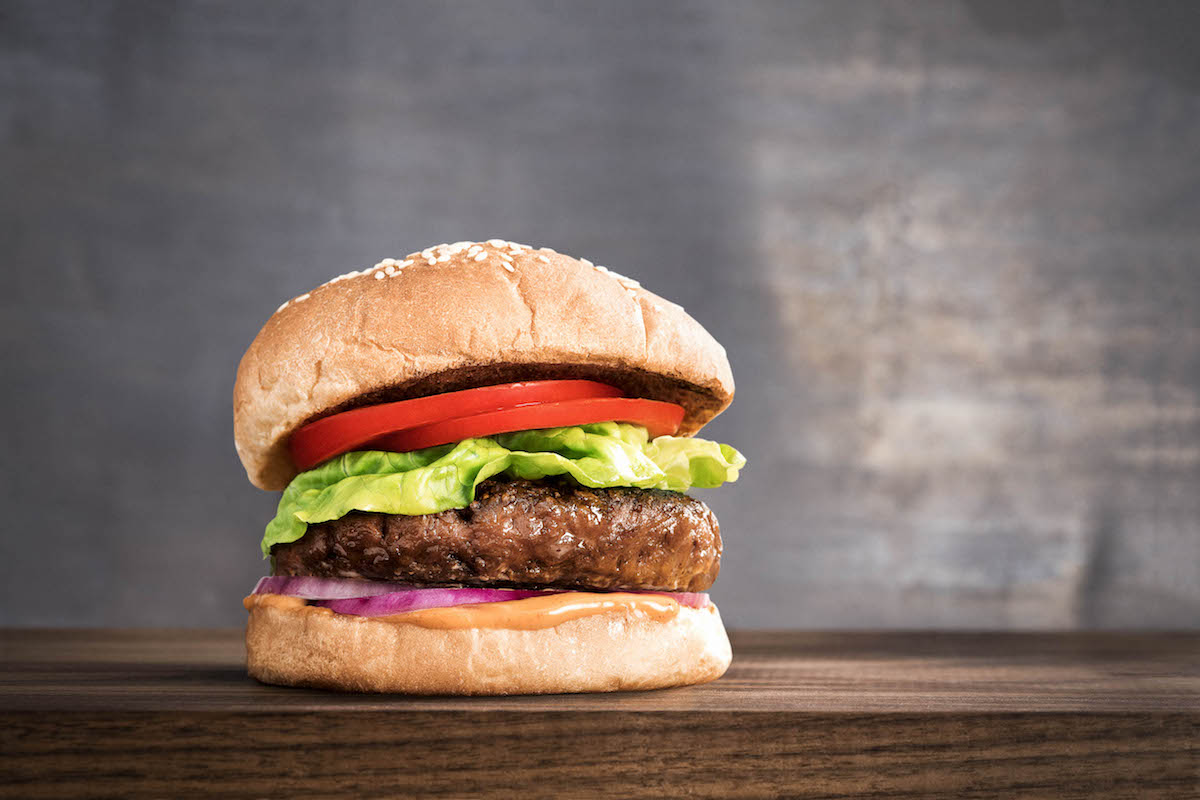 Beyond Meat is taking the world by storm, and the 110 lucky guests who attended the Beyond Meat Cape Town Launch now understand just why! Distribution company Infinite Foods has finally managed to get the incredible Beyond Burgers to South African shores, and ProVeg South Africa offered to host the official launch at Gibson’s Gourmet Burgers & Ribs at the V&A Waterfront yesterday afternoon.

Set against the backdrop of Cape Town Harbour’s blue waters and the magnificent Table Mountain, various restaurant owners, influential members of the vegan community, and a few members of the public were treated to the revolutionary plant-based burger that looks, cooks, tastes and satisfies like beef.

The Beyond Burger is packed with 20g of protein in its 113g patty, with the primary source of protein being… the humble pea! The burger patty also contains no soy, GMOs or gluten. The Beyond Meat team have spent over seven years working towards their goal of understanding meat, its composition, and associated sensory experience better than anyone on the planet, and then finding a way to rebuild that directly from plants – and we can confidently say that they have nailed it!

Cape Town Vegan blogger, Garth Tavares, had his reservations about the burger, refusing to believe that the burger could possibly live up to the hype that it has generated. After tasting the Beyond Burger, Garth admitted that the cynic in him was wrong, commenting: “I thought the Beyond Burger was FANTASTIC and has totally lived up to its reputation. The taste and texture were spot on!” Sentiments much like Garth’s were echoed by everyone who attended the launch event, with many guests commenting that had they not known better, they would have easily believed that they had been served a beef burger.

With its unbelievably beef-like taste, texture and smell, the Beyond Burger could easily be a viable menu option not only for vegans but for meat-eaters who are looking for an uncompromised beef burger experience, with all the benefits of eating a plant-based meal.

Beyond Meat distributor, Infinite Foods, is hard at work with their plans to have the Beyond Meat burger stocked in various restaurants across the country. Keep an eye on ProVeg’s social media pages to find out when you’ll be able to satisfy those cravings and erase the FOMO by trying the Beyond Burger patties for yourself – we can almost guarantee that you won’t be disappointed!