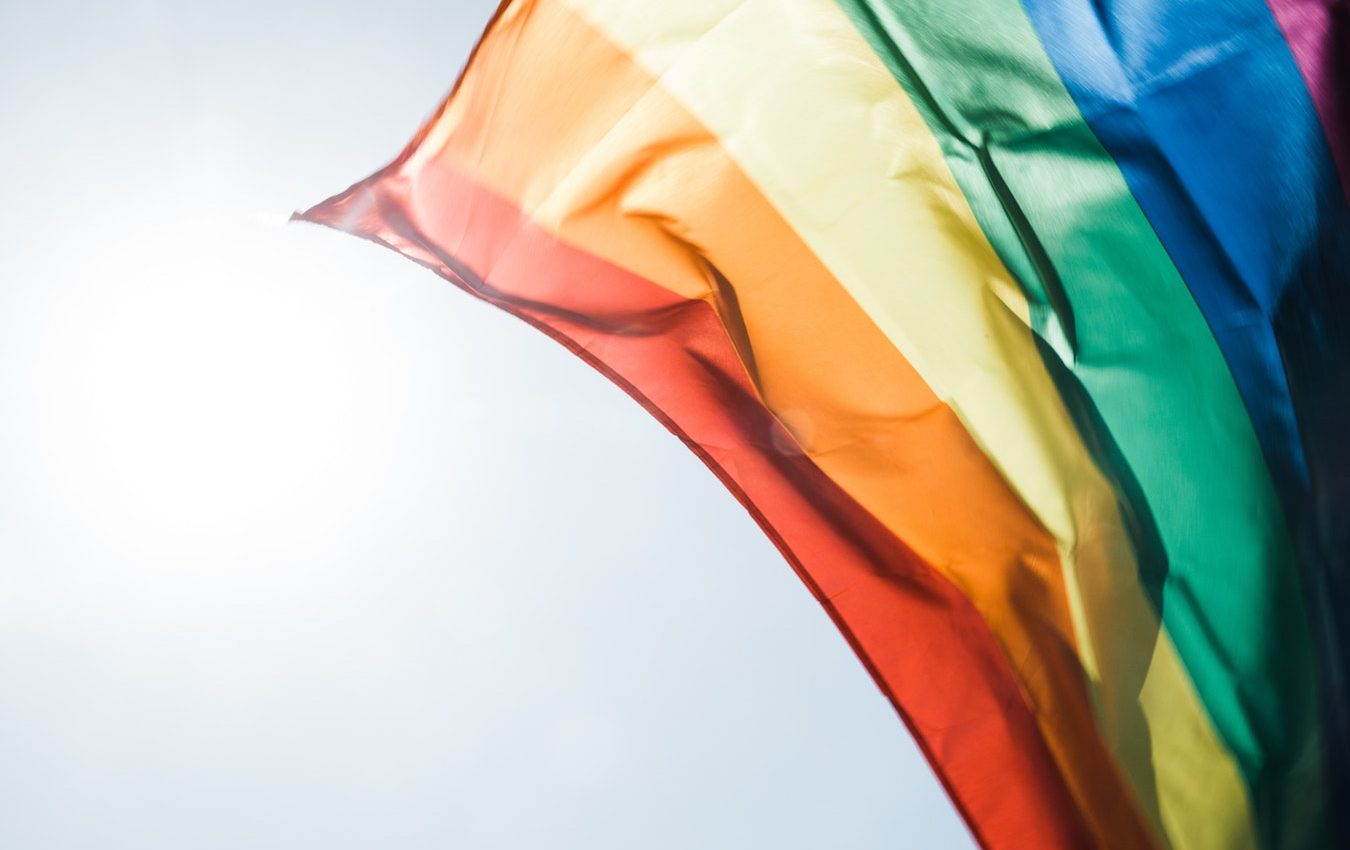 With the rainbow-coloured pride flags flooding our social media feeds in celebration of Pride Month, the month of June is dedicated to honouring those who stood up for their rights during the Stonewall Riots of 1969. This historic event served as an opportunity to take a positive stand against discrimination and violence towards the LGBTQIA+ community, to promote acceptance, dignity, and equal rights, and to celebrate sexual diversity and gender variance.

ProVeg International is committed to creating an environment in which everyone on the team is free to express their sexual and gender identities without fear of judgement, discrimination, or alienation. With a diverse group of people across the gender spectrum employed at ProVeg, we asked four members of our team who identify as queer whether they feel that there is a link between the vegan movement and being part of the LGBTQIA+ community. This is what they had to say:

“There’s definitely a connection. One can find connections in the human and animal rights movement, in the communication with friends, family, and colleagues, and in the transition. Personally, I experienced the connection in terms of how a change in a person’s life choices, their sexuality, and gender identity is connected in terms of how society handles this shift. I went vegan to make a change for animals and their rights for a safe and free life. Therefore I went through a transition in my life concerning my diet, my lifestyle, and the way I talk about animals. There’s a lot of explaining to do to the people around me. Like why I am doing this, how does it work, and what are the exact changes required. Due to the fact it’s still new for a lot of people and it differs from the diet and lifestyle that people are used to, there’s a lot of curiosity and sometimes resentment.”

“It’s very similar to my experiences as a polyamorous, genderqueer person. I don’t quite fit into the world view of the society as it is, which still operates according to a binary concept of gender and monogamy as the main relationship model. So, my transition to being non-monogamous and non-binary is quite similar to my transition of going vegan. There are also a lot of questions, as well as people who find it interesting and people who can’t really understand how this works. Sometimes, it can be really hard to deal with these things. But there is also a lot of support. Luckily, I have the privilege to work at a place like ProVeg, where everyone accepts me the way I am and shows me great support. I am beyond thankful for this.”

“Your sexuality and gender are part of what you are and can’t change. Whereas being vegan is a conscious choice for your and other living being’s sake. Bearing that distinction in mind, I believe that both being and choosing become part of your identity. But instead of discussing the difference between being queer and being vegan, I find it much more interesting and inspiring to recognize their similarities, including the courage it takes to be part of a minority and the open heart and mind it takes to accept yourself and empower others. If you are a queer or vegan activist you should focus on the shared grounds.”

“I’ve always been very open about my sexuality, not so much in terms of telling people that I am a certain way, but more in terms of simply being myself and acting how I feel despite any censure from society. When I grew up in South Africa, homosexuality was illegal, and I think my openness is in many ways a response to that. But I know that my expression of sexual freedom and very visibly being physically and sexually affectionate to all kinds of people had an impact on the city I lived in and helped other people live freer lives. And while I often refer to myself as gay, I do so only out of convenience and political expedience but it’s not a label that I’m that comfortable with. Similarly, I’ve been vegetarian for many years and I’ve never been very dogmatic about it. I used to have a lot of dinner parties and, I’ve never mentioned that the food is vegetarian (and in fact, usually vegan) and no one ever seemed to notice. But over the years, I’ve noticed that most of my friends and family now eat increasingly plant-based meals.”

“For me, there is an overlap between these two aspects of my life in that they are both once-marginalised areas of society that have increasingly moved towards the centre. I’ve always been aware that queer culture (rather than gay culture, which is much less inclusive) often dovetails with veganism and vegetarianism and I’m fascinated by the fact but I’ve never been quite sure why it’s the case. I do think that the liberation of queer people also liberates everyone else, in that it creates less pressure for people to be and act a certain way. I suspect that the general social freedom that seems to follow in the wake of sexual liberation has also helped open the way for a more open-minded society, including greater awareness about the food we eat. Finally, there is one more commonality between the two areas in that they are both located to some extent in our physical bodies, and bodies have a very, very long history in relation to political and social freedom.”

“I am bi. And I am vegan. From my point of view, both traits of mine do not have much in common. Being vegan is a decision, my love and desire are not. Still, I’d say I am lucky and very happy to be part of the veggie movement. Most veggies are open-minded and used to question common norms. They tend to respect the needs of others. That’s why I feel safe and comfortable talking openly about my experiences.”

After these honest and open views, it seems that the biggest link between identifying as gender-queer and being vegan is that both are still not seen as being the norm within our societies, and require a great deal of effort, openness, and explanation in order to be deemed socially acceptable.

As we celebrate Pride Month, we need to take the time to learn to accept those who have been marginalised, oppressed, discriminated against and had their lifestyles and realities questioned instead of accepted. It is a time to celebrate those who have the confidence to be who they are without fear of being rejected or seen as less than, and to make those who are yet to accept or express their identities feel welcomed, understood, and seen.

Let your rainbow flag fly high this Pride Month as we all embrace diversity and acceptance.

Photo by Peter Hershey on Unsplash