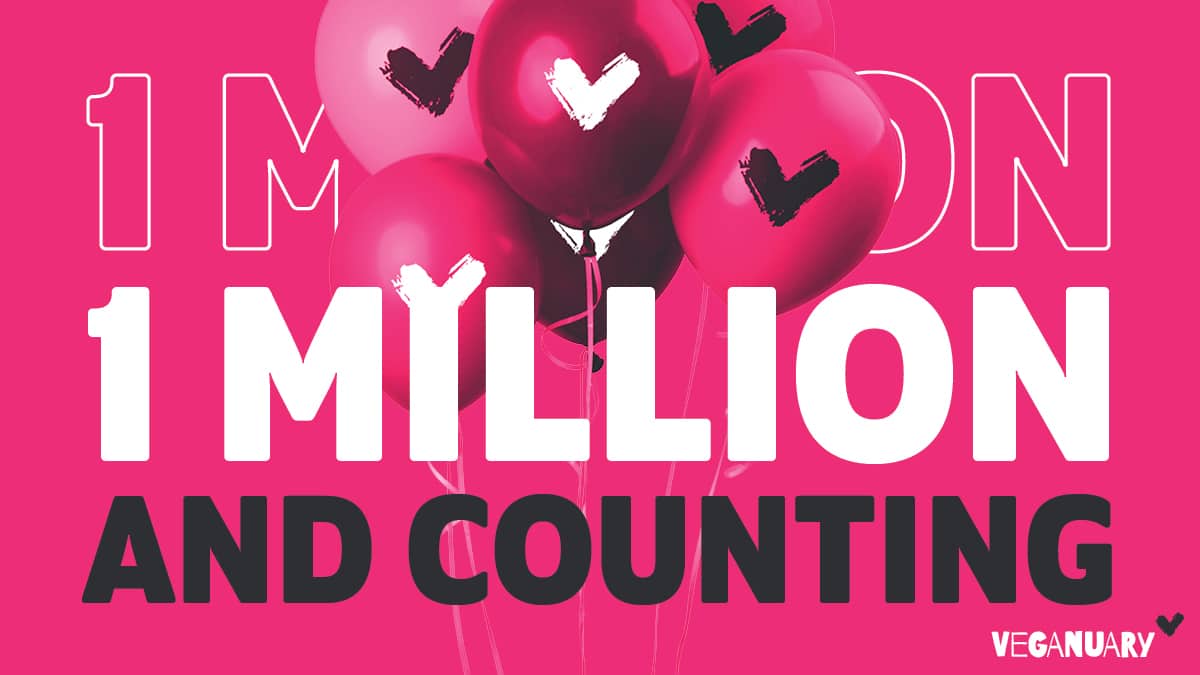 On 26 October 2020, Veganuary, the global pledge to try vegan for 31 days, celebrated a huge milestone – more than one million people have officially taken part since it began in 2014. Leading up to January 2021, ProVeg will be supporting Veganuary in South Africa. The first month of the new year is a great time to try a plant-based diet for your health, the environment and animal welfare.

Veganuary ambassadors celebrate all over the world

Jasmine Harman, who took part in the first-ever Veganuary in 2014, sent a heartfelt video congratulating the charity on this milestone and added “I feel very proud and very privileged to have been with Veganuary from the start and to be one of their Ambassadors.”

Forged on a kitchen table in York by a husband and wife team, Veganuary has made newspaper and TV headlines around the world – from front page of the Times and New Scientist to features in the Washington Post, New York Times and South China Morning Post. The launch of Gregg’s vegan sausage roll for Veganuary 2019 sent Piers Morgan into meltdown, and in 2020 KFC and Burger King joined in with the first fast-food Veganuary launches. Joaquin Phoenix, Romesh Ranganathan and   Paul McCartney have all urged people to take part in Veganuary, helping official participant numbers grow year on year from 3,300 in 2014 to 400,300 signing up in 2020. Kantar research suggests the number of people who have ‘done Veganuary ‘ without officially signing-up is actually ten times greater.

A message from the co-founder

Reflecting on the one million milestone, Matthew Glover, co-founder and Chair of Veganuary, said: “When my wife Jane and I decided to launch a new year’s vegan pledge in 2014 we expected only 1,000 people to take part. More than 3,000 signed-up and we were blown away. Now Veganuary is a bigger feature in the retail calendar than Christmas, reflecting the ever-increasing number of people choosing plant-based food.” He added: “One million official Veganuary participants in just seven years is a huge achievement, but the momentum behind the plant-based revolution will see us hit two million in no time.”