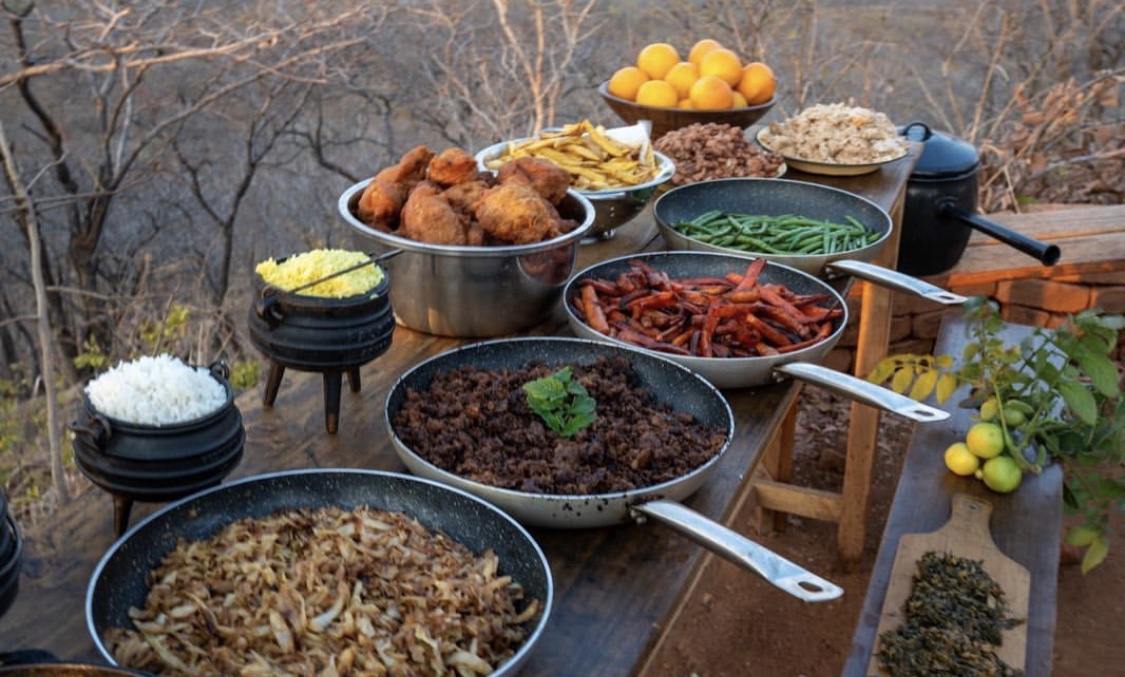 African Vegan on a Budget

Nicola Kagoro, Chef Cola, developed African Vegan on a Budget to showcase her authentic African plant-based culinary development as well as actively promote the reality that people can thrive on a healthy vegan diet while on a budget.

“I particularly think it’s important to spread veganism around Africa because it originated in Africa. Our ancestors didn’t eat as much meat. It is through colonisation that we learned these crazy meat-eating practices.”

Chef Cola is the executive chef in the Back to Black Roots kitchen, a fully plant-based grassroots kitchen in collaboration with the International Anti-Poaching Foundation. Their vegan meals fuel the Akashinga Rangers, the world’s first and only all-female armed anti-poaching rangers in rural Zimbabwe.

These inspiring plant-powered women are featured in Akashinga: The Brave Ones, a National Geographic documentary film. James Cameron, executive producer, is responsible for iconic films such as Titanic and Avatar and uses his story-telling skills to share their life-changing conservation efforts.

Find two recipes that fuel some of the bravest and most powerful women in Africa.

In a large bowl mix the salt, sugar and water. Set aside for 10 minutes.

Add flour and mix the dough until everything has come together.

Roll dough 1 inch thick, cut into desired shapes or use a 3 inch or larger cookie cutter to cut dough.

In a large saucepan, pour in vegetable oil until it is at least 5 inches high. Fry until golden brown about 3-5 minutes, depending on size.

Remove with a slotted spoon and drain on a paper napkin. Let it cool.

Heat oil in a pan, add the spinach and salt

Add onions and fry for about 5 minutes

Add peanut butter and a little bit of water, stirring until it’s not too thick. It starts off thick and then thins out.

Close pot, reduce what to the lowest possible mark and allow this to simmer for about 5 minutes

Chef Cola’s work reveals that you can be strong, healthy and powerful while eating a plant-based diet. If you need help transitioning to a vegan diet, try the ProVeg Veggie Challenge.