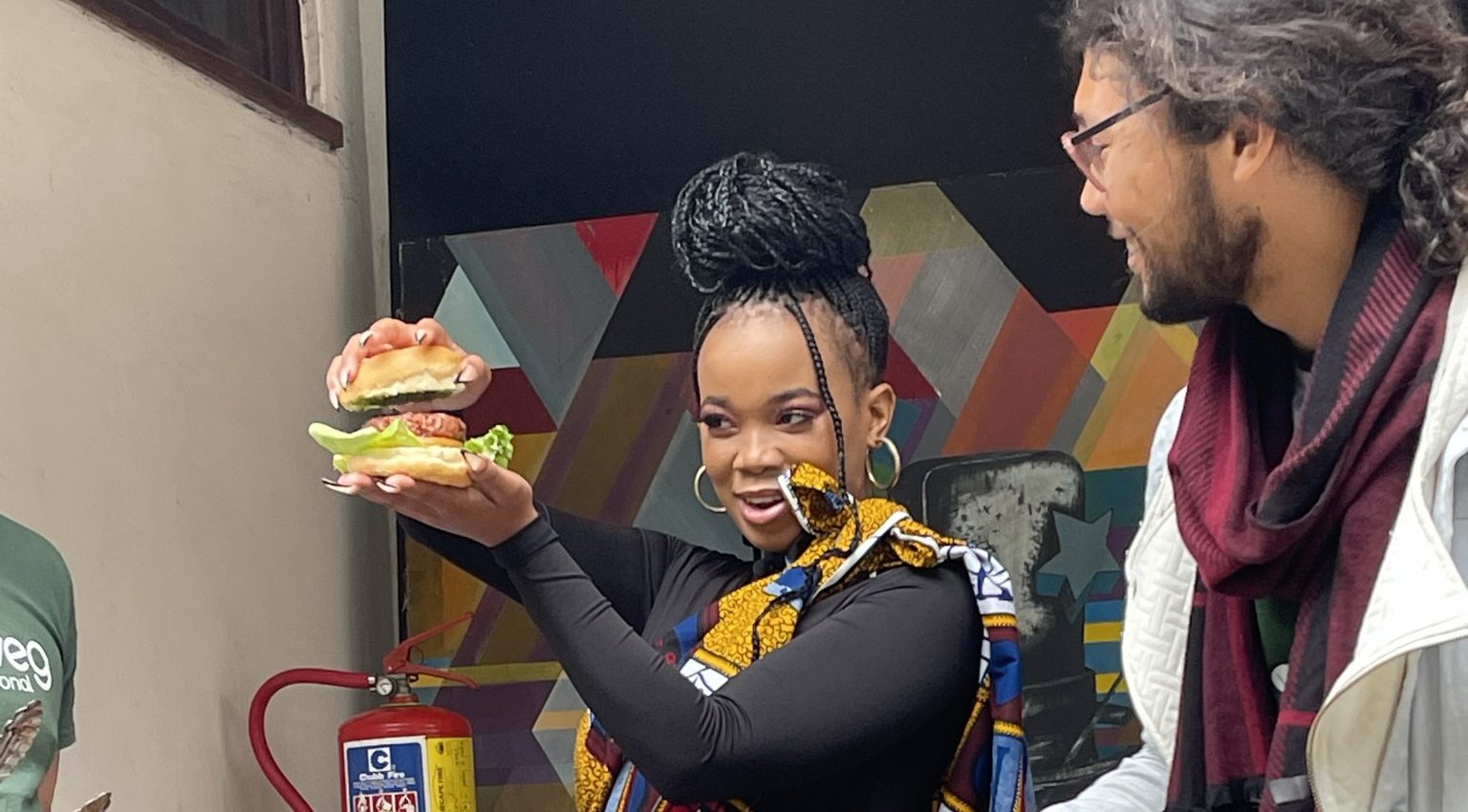 Exciting collaboration between Cape Town TV and ProVeg SA to educate the youth on meat replacements in South Africa!

For the ProVeg SA team, May was quite the bumper month, our #MeatlessMay campaign was filled with so much plant-based awesomeness and we got to collaborate with a lot of super cool brands. One of our favourite collaborations was with Cape Town TV.  Over three Tuesdays, our director Donovan Will was featured on CTV’s Ek_se Live, a youth talk show to educate on the relevance of a plant-based diet to health, finances and the environment.

First up! Donovan and one of our ambassadors, Shaun the Vegan had a sit down chat with the presenters to discuss the availability of meat replacements in South Africa. Then live on TV, the excited presenters got to taste the amazing Prawn-Style Pieces from Fry Family Food Co. and On the Green Side’s awesome Flame Grilled Tender Fillets. The realistic texture and flavour was met with much surprise and appreciation!

The next episode was a very exciting taste test… live on air, Don had the Ek_se Live team taste not one or two but four burgers and guess which was the plant based! Featuring patties from Fry Family Food and Urban Vegan, the team enjoyed the experience but were unable to successfully realise that all four burgers were in fact 100% vegan. The lesson learnt was that the quality of meat replacements available had evolved so much that unless explicitly told, most people can’t tell a meat patty from a plant-based alternative!

For the last episode of the series, the ProVeg SA organised a plant-based braai for the entire Cape Town TV team! Assisted once again by Shaun the Vegan, Don mastered the braai stand on live TV and prepared a spread of vegan goodies that was met with much eagerness. With most of the team returning for seconds, and even more expressing genuine interest in decreasing their meat consumption… we can conclude that the campaign was a success!

Thankfully, this is not the end of collaborations between ProVeg SA and Cape Town TV and we are excited to continue educating the masses about the ease of decreasing one’s meat consumption.