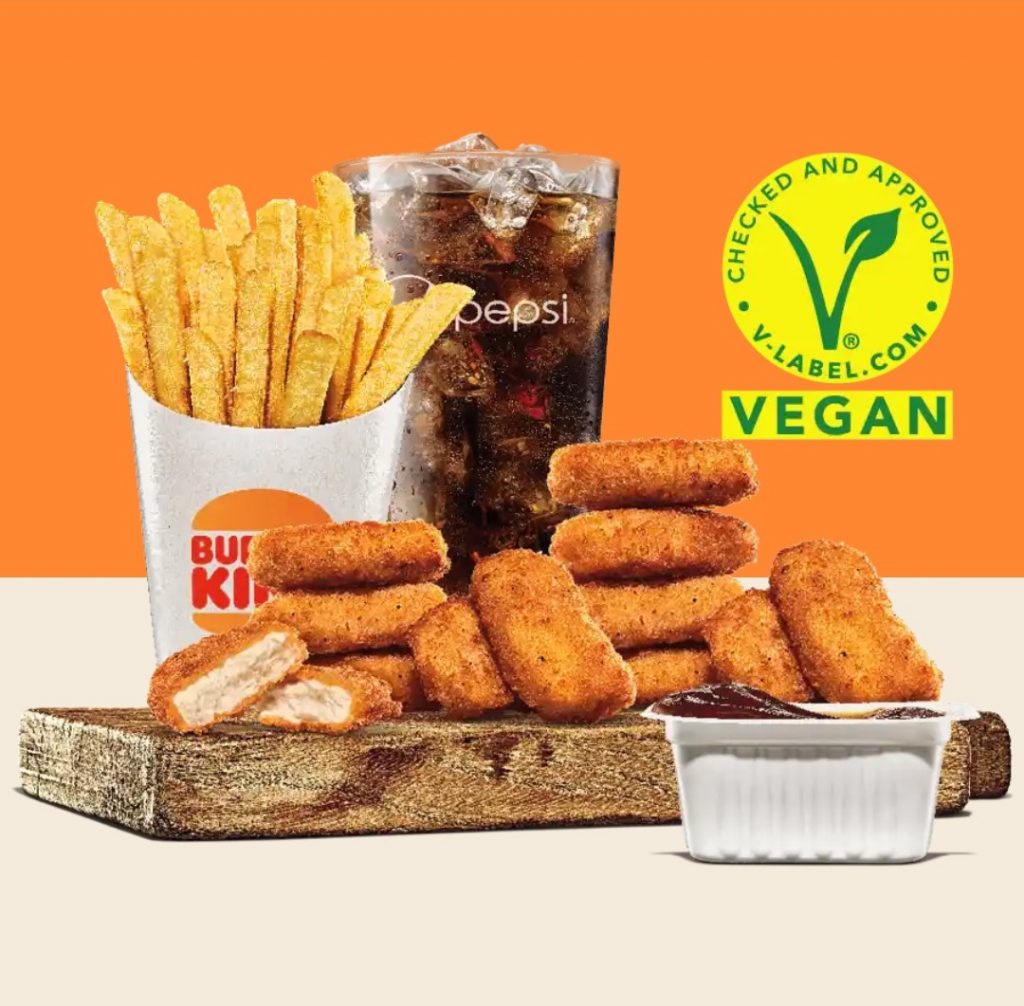 Around the world interest in “Plant-Based” and “Vegan” diets are becoming commonplace, driven by a growing awareness of the health and environmental benefits of eating more plant-based, as well as improvements in the taste, price and availability of plant-based food offerings.

South Africa has lagged behind this international trend in a few areas, including a lack of quality offerings in the fast food space, and the absence of an internationally recognised vegan accreditation for local companies.

According to local food awareness NGO ProVeg South Africa, both of these areas have been given a significant boost this week with the introduction of V-Label, Europe’s largest vegan accreditation programme, which coincides with the launch of Burger King’s new plant-based and vegan menu options.

Donovan Will, the director of ProVeg South Africa (who administer V-Label locally) believes that these launches will inspire more interest in plant-based food in South Africa; “The V-Label symbol is going to increase awareness of veganism, and make it easier for consumers to identify vegan options and trust that they are truly vegan, and I think a lot of people still view vegan options as products only for vegans and vegetarians, and assume that there will be a taste sacrifice, but Burger King’s new products are so similar to their existing products that consumers who try them won’t even know the difference, even though they’re healthier and more sustainable and at a great price!”

Burger King is not the first fast food chain in South Africa to offer meat-free options; Steers, McDonald and Wimpy all have ‘veggie’ burger options, but what sets the Burger King launch apart is that their new vegan offerings taste as good as their current world renowned menu items, and they are endorsed by an internationally recognised vegan label. Notably absent from the list of chains offering vegan options in South Africa are KFC, Nandos and Pizza Hut, who all have vegan offerings internationally.

The new menu options, which comprise a plant-based Whopper, Vegan Royale and Vegan Nuggets, are part of Burger King’s goal to become the global leader in plant-based alternatives in the quick-service restaurant space. Juan Klopper, Chief Operating Officer of Burger King South Africa, says: “Our aim is to offer vegan, vegetarian, and plant-based alternatives that do not compromise on flavour or price. Why should it? By working with The Vegetarian Butcher and V-Label, we know we can create the industry’s leading vegan and vegetarian recipes to truly bring BK to you Your Way®.”

V-Label, who have committed to working with Burger King to expand their plant-based and vegan range, are confident that South Africans will embrace the new options not just for their quality, but for the positive impact these innovative products have on the planet.

For more information or to set up interviews with ProVeg South Africa or V-Label, please contact Sima Nyembizi: [email protected]

About V-Label:
Across the globe, more than 40,000 products from more than 3,500 licensees now carry V-Label. V-Label is an internationally recognized, registered seal for labeling vegan and vegetarian products and services established in Switzerland in 1996. It is a reliable, go-to shopping guide for consumers.

With more than 25 years of experience labeling products and engaging experts in quality management, food technology, chemistry, cosmetology and marketing, V-Label is the frontrunner of a global movement. As such, they cooperate with businesses, retailers, consumers, and campaigners.

About The Vegetarian Butcher (the meat alternatives used by Burger King):
The Vegetarian Butcher is recognised internationally as one of the world’s leading meat replacement companies. The award winning company joined the Unilever stable of companies in 2018, and has expanded rapidly since then. Their products are currently only available in South Africa through the Burger King menu options.

ProVeg has permanent observer status with UNFCCC, is accredited for UNEA, and has received the United Nations’ Momentum for Change Award.