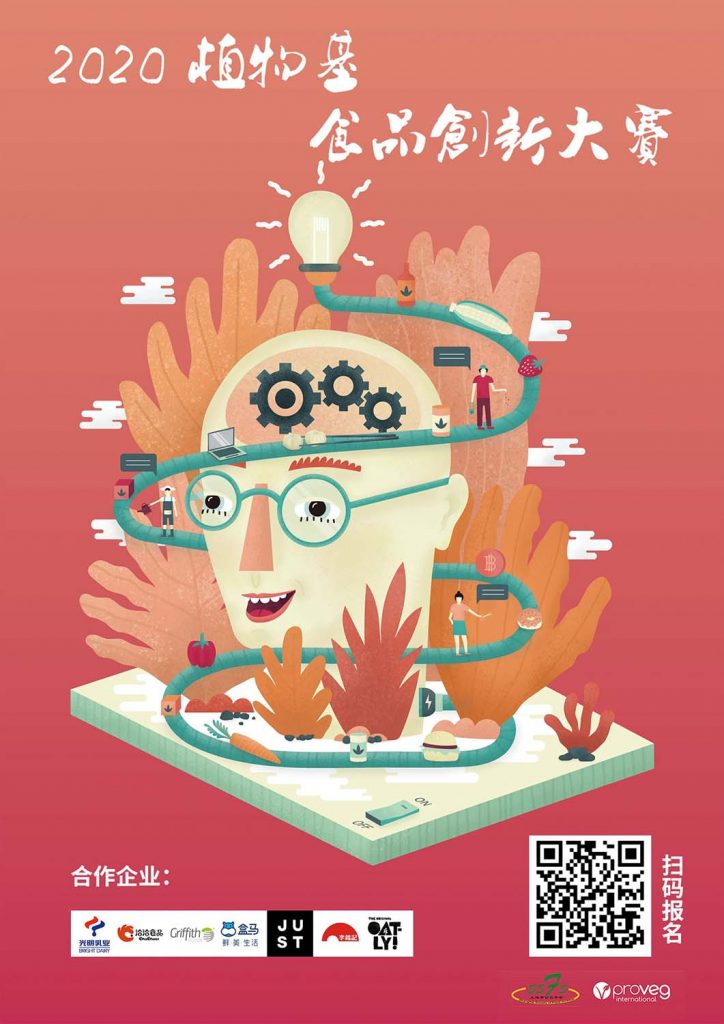 China has taken a major step into the plant-based food sector with the launch of the Plant-Based Food Innovation Contest in Shanghai today.

The contest, a collaboration between food awareness organisation ProVeg International and the Shanghai Society of Food Science, seeks to accelerate the innovation of sustainable and healthy plant-based food in the region. The contest is the first of its kind in Asia.

Around 100 students from eight leading Universities, including Shanghai Jiaotong University, Shanghai Ocean University, and East China University of Science and Technology, will take part in the contest, which has a total prize fund of 35,000 RMB (about 4,600 Euros).

Sebastian Joy, CEO of ProVeg International, said: “I believe that China’s embrace of innovation will be conducive to making the country a key driver of global progress. We are honoured to collaborate with the Chinese educational system as the country moves towards a food system that combines sustainability and public health.”

“An increasing number of people in China are now beginning to realise that animal agriculture and meat consumption have a substantial impact on the environment, climate change, and public health. A food awareness organisation such as ProVeg that is fact-based and dedicated to promoting innovative plant-based and cell-based food alternatives can fill important niches in China, and support economic growth in a sustainable manner.”

Teams of participating students will compete in three main categories: pre-packaged foods, main-course recipes, and animal-free ingredients. Ten teams will then be selected as finalists to submit a business proposal.

Finalists will be regularly coached and mentored by industry experts from market-leading companies, including Bright Dairy – the leading dairy manufacturer in China – Lee Kum Kee, Danone, Beyond Meat, and Oatly, all of whom will provide lab facilities and materials for prototype development, and a budget for market research.

Shirley Lu, Executive Director of ProVeg East Asia, said: “ProVeg International is excited to work with leading universities and food corporations in Shanghai. We are pleased to be collaborating with the Shanghai Society of Food Science in order to accelerate the development of plant-based foods and support the Healthy China 2030 campaign.”

“Chinese consumers are very health conscious. According to a recent Mintel survey, about 70% of consumers are interested in reducing their meat consumption. Food companies would be wise to take advantage of this trend.”

The contest has been launched at a time when the plant-based meat market in China is growing steadily, now at a faster rate than the growth in GDP. In 2018, the domestic plant-based meat industry was worth approximately 6.1 billion RMB (around 800m Euros), an annual increase of 14.2%, while China’s GDP growth reached its lowest level since 1990 at 6.6%.

It was announced in April that as China recovers from the coronavirus outbreak and reopens cafes and restaurants, more plant-based alternatives to animal products are appearing on menus. Starbucks are now selling plant-based Beyond Meat products in 3,330 of its China outlets, and KFC are trialling plant-based fried chicken in Shanghai and the southern cities of Guangzhou and Shenzhen.