HOW WE ADD VALUE TO YOUR COMPANY

We connect you to our broad network of “mission-aligned investors.”

Develop your company in our co-working space. Work and share ideas with like-minded people and companies.

We have a large network of experts in European food law, food labelling, product design, business development and key figures in the vegan movement.

Connect to our 20,000 product testers, and join our regular international fairs where you can present your products and meet industry partners.

We introduce you to leading scientists and universities where you can test your product ideas.

Over the past 10 years, ProVeg has been continuously working with both startups and established companies on expanding the plant-based food system. We have an excellent grasp of changing market-needs and are ideally placed to help maximise the impact of new startups by connecting them to a large international network within the food industry.

Our partners are food producers, restaurants, catering firms, and canteens, as well as lawyers, investors, health insurance companies, and the medical community.

Our Corporate Outreach and Services team consists of experts in communication, food production consulting, catering, and startups, as well as product development and certification. Our programs include: 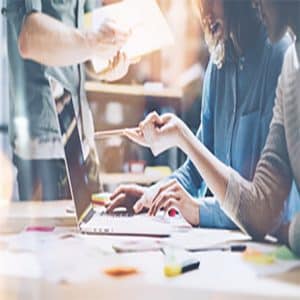 Test Community: Access to more than 20,000 testers to help to improve vegan products. 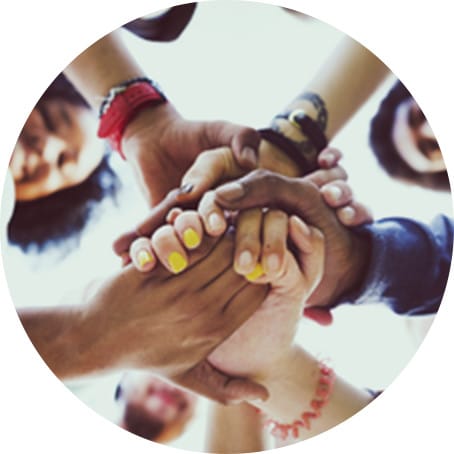 Access to international trade fairs and B2C events such as the Biofach trade-fair and VeggieWorld, the world’s largest expo for vegan companies.

Labeling for vegetarian & vegan products. Access to a wide range of V-Label customer contacts over 15,000 products from 1,400 licensees worldwide are now labelled with V-Label.

We are launching the ProVeg Incubator with the Million Dollar Startup Challenge, an international competition for startups that is shifting the food system towards plant-based alternatives and cultured animal products. The top startups will receive equity funding from our investment partners and will be invited to work in the brand new ProVeg incubator office space in Berlin.

Stand-out applicants who don’t qualify for challenge funding will still be offered a place at the ProVeg incubator. Upon refining the idea, we will connect them to our investor network.

We are looking forward to growing the next big game changers in the global food industry.

An in-person or Skype meeting

Analysis by our expert panel

TO APPLY, SUBMIT YOUR APPLICATION HERE

BERLIN: THE VEGAN CAPITAL OF THE WORLD AND THE STARTUP CAPITAL OF EUROPE

Berlin has been dubbed ‘the vegan capital of the world’ and is the place to be when it comes to plant-based lifestyles. The city offers more than 193 vegetarian restaurants (63 of which are completely vegan) and a huge number of cafés, supermarkets, and stores.

Berlin is also Germany’s startup capital and one of the fastest growing startup hubs in the world. It has became the prime location for startups in mainland Europe, with 40,000 new companies founded every year.

There are a number of reasons why this is the case:

The cost of living is comparatively low.

Located in the heart of Europe, Berlin is a melting pot of diverse international communities.

The lingua franca of the startup community is English, which most young Germans speak fluently.

FOUNDER AND CEO OF PROVEG

Sebastian Joy is one of the most renowned representatives of the vegan movement in Europe. He is the Co-Founder and CEO of ProVeg International, and is a board member of the European Vegetarian Union (EVU). He also is a lecturer in nonprofit management at the Berlin School of Economics and Law.

Matthias Rohra has more than 20 years experience in business, including  leading a marketing agency, being a brand business development manager, as well as marketing director at the Coca-Cola Company and McFit, Europe’s largest gym chain.

Dubbed ‘the father of clean meat’, Dr Post presented the first ‘clean meat’ patty in 2013. Post first joined the KNAW Interuniversity Cardiology Institute of the Netherlands in 1989 before being appointed full-time Assistant Professor in Medicine at Harvard Medical School in 1996. Five years later, he moved with his lab to Dartmouth Medical School, and was appointed Associate Professor of Medicine and of Physiology.

Jan Bredack is the Founder and CEO of Veganz, the first vegan supermarket chain in Europe. The wholesale activity of the Veganz group has increased impressively since the beginning of 2014 and their shop-in-shop concept has been successful in hundreds of retail grocery stores. Prior to founding Veganz, Jan Bredack was a former Senior Manager with Mercedes Benz.

Prof. Jan Wirsam is focusing on innovation, production management, digitalisation and business model innovations, as well as plant based value creation and sustainability at the Technical University of Applied Science (HTW). He has been working closely with ProVeg international on various projects over the past three years.

Kati Radloff is the founder of Loose Frog Consulting, an agency that specialises in public grant procurement in the European and national context. Her expertise lies in spotting available grants, conceptualizing project ideas, bringing project partners together, and accompanying proposal writings up to submission.

AUTHOR AND DIRECTOR OF CEVA

Tobias Leenaert is a longtime speaker, trainer, and strategist. He is also the co-founder of the Belgian organization EVA (Ethical Vegetarian Alternative), the first vegetarian/vegan organization to receive structural funding from a national government. Under Tobias’ management, EVA launched a successful campaign that resulted with the city of Ghent becoming the first city ever to officially support a weekly vegetarian day. Tobias gives animal advocacy trainings worldwide together with Melanie Joy, for the Center of Effective Vegan Advocacy (CEVA). He is also co-founder of ProVeg.

AUTHOR AND FOUNDER AND DIRECTOR OF BEYOND CARNISM

Melanie is an American social psychologist and vegan activist, primarily notable for promulgating the term carnism. She is a professor of psychology and sociology at the University of Massachusetts Boston, as well as the president of Beyond Carnism, also known as Carnism Awareness & Action Network (CAAN), a non-profit advocacy group which she founded in 2010. She has published two books, Strategic Action for Animals and Why We Love Dogs, Eat Pigs, and Wear Cows.

Devon joined Founders Pledge, following a diverse background in consulting and software development for both the public and private sectors, working for various organizations as well as running his own business. He organizes networking events with high-profile speakers for European founders.Through Founders Pledge, founders commit to donating at least 2% of their personal proceeds upon exit. Pledgers join a network of successful entrepreneurs and investors who’ve all made the same commitment. Since June 2015, Founders Pledge has raised more than $400 million for charity.

Kurt Schmidinger is a geophysicist and earned a doctorate in food science in Vienna, focusing his dissertation on clean (i.e., cultured) and plant-based alternatives to animal products. In 2005, he founded the project Future Food, which gathers and presents a worldwide portfolio of alternatives to animal products for human nutrition, as well as possible future technologies for food production, such as biofermentation and clean meat.