Photo by Jiroe on Unsplash

In 2018, ProVeg provided a ranking of the the range of plant-based options offered by the world’s leading fast food chains. Since then, a few things have changed on international menus. We had another look at the latest menu offerings and found some gratifying improvements.

The demand for plant-based options is growing. In the UK, for example, a third of consumers have already reduced their meat consumption or stopped eating meat entirely. As a result, the major international fast-food restaurants are under pressure from customers, as well as economic interest groups, to increase the number of plant-based items on their menus, which have, as a result, increased substantially in the last year.

The beginning of 2019 saw a number of plant-based launches in fast-food restaurants, with Great Britain emerging as the leader in the global vegan market. A total of 4.4 billion meat-free dinners were consumed in 2018, 92% of which were eaten by non-vegans. This is partly due to the British non-profit organisation Veganuary, which had more than 250.000 participants this year – more people than in the all years combined since its inception. Pizza Hut used the opportunity to launch its Jack’n’Ch**se pizza, made with Jackfruit and vegan cheese. With sales exceeding 10,000 units in January, it is now part of the chain’s permanent menu.

People all over the world are consciously reducing their meat consumption, with key reasons including climate protection and personal well-being. This makes it all the more profitable for fast-food chains to provide suitable products. Due to the low cost of raw materials, companies can often produce plant-based dishes more cheaply but sell them for a similar price to meat-based products. Plant-based alternatives also pay off for marketing reasons: consumers often associate vegan products with quality and health which can increase the supplier’s brand equity.

Since ProVeg’s last ranking in 2018, vegan menus have improved in many countries around the world. The Pizza Hut chain, which is expanding its range of plant-based products in Great Britain in particular, remains at the forefront, but other fast-food chains have also launched new products and are planning even more plant-based options for 2019.

Following the success of the Jack’n’Ch**se pizza, Pizza Hut in Great Britain is once again significantly expanded its range. Since March, four pizzas with purely plant-based ingredients have been available in a separate vegan menu. In addition, the company introduced two vegan starters and a vegan dessert. The children’s menu also offers completely vegan meals.

A sandwich with stamped falafel was tested in Australia in October 2018. In the Netherlands, Subway recently launched the Vegan Supreme at the ‘Week zonder Vlees’ (week without meat), which will hopefully become a permanent fixture on the menu. The chain also launched three signature wraps in the UK in early April, one of them purely plant-based, with a vegan patty and aioli. In contrast, the German version of the three signature wraps has no vegan option but instead doubles up on the meat. There is clearly still room for improvement here.

In Germany, the fast-food chain has finally recognized the potential of plant-based burgers and will be bringing the burger Big Vegan TS with Incredible Burger Patty to market on the 29th of April. In the company’s Chicago-based headquarters, the Indian McAloo Tikki with a samosa patty is now available. After the successful launch of McVegan burgers in Finland and Sweden in 2017, new alternatives followed at the beginning of 2019, with the Scandinavian menu now including a Swedish Happy Meal with falafel and a Finnish burger with a soya-based patty and salsa. Since March 2019, a vegan version of Chicken Nuggets has also been available in individual Norwegian stores. Great Britain offers a wrap with vegan ‘chicken fingers’, which can also be added as a component of the Happy Meal. The wrap is labelled vegetarian rather than vegan as it is prepared in the same toaster as hamburger buns which contain milk.

In Australia, Burger King’s Hungry Jack’s franchise launched a vegan cheeseburger in October last year. The parent company followed suit at the beginning of April this year and now offers the well-known Whopper burger – with a vegan Patty from Impossible Foods – to individual stores in the USA.

In an interview with The Telegraph, KFC’s Innovation Director Jack Hinchcliffe said that the company was working on both vegetarian and vegan alternatives, which will be tested in various stores in 2019.

It is not only the increasingly plant-based population that is urging fast food chains to rethink their previous strategies. A network of more than 80 investors, with a total capital of more than 6.5 trillion US dollars, appealed to industry leaders (including McDonald’s, Burger King, KFC, and Pizza Hut) to rethink their strategies. In a letter, members of Fair Animal Investment and Return (FAIR) called for the reduction of greenhouse gas emissions and the reduction of water consumption and demanded concrete targets from companies. If companies do not meet the requirements, they are threatened with regulations and damage to their reputations. The network thus provides an important impetus for climate protection and a plant-based future.

ProVeg Food Services offers comprehensive services for the professional food industry. We consult companies on the introduction of plant-based dishes, make recommendations for successful guest communication, and establish contact with reliable companies that produce vegan ingredients and semi-finished products, and sell them in bulk. 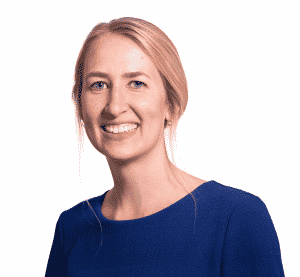 Senior Project Manager, Food Services
Paula is responsible for all aspects of and projects relating to communication in the Food Services team.