Last week, Belgian startup Peace of Meat, which focuses on the production of cultured animal fat, unveiled its first prototype in cooperation with Hungry Ventures and Food Tech Campus at an event in Berlin. Nearly 100 participants, including startups, investors, journalists, NGOs, and established food companies, discussed the potential and challenges of producing plant-based and cultured products. ProVeg’s CellAg Project attended the evening and supported the event with media activity in the run-up to the event.

Animal fat: a key ingredient in the taste and texture of meat

Founded in 2019, Peace of Meat focuses on the production of cultured animal fat in order to improve the taste, texture, and nutritional value of both cultured and plant-based products. The need for this specialisation lies in the fact that fat plays a key role in the experience of eating meat – it provides the specific texture, taste, and appealing juiciness that many people enjoy.

At the event launch, Dirk Von Heinrichshorst, the CEO and cofounder of Peace of Meat, presented the company and its commitment to producing healthy, tasty, and sustainable meat in order to feed our growing population, after which the company’s chef proceeded to cook chicken nuggets consisting of 80% plant-based proteins and 20% cultured fat.

“It tastes exactly like chicken!” said one attendee, who was astonished by the taste and texture, tasting no difference between the Peace of Meat offering and conventionally-produced chicken nuggets.

It took two weeks to produce the fat needed for the event, from duck eggs to pure, GMO-free animal fat, explained Paul Mozdziak, the company’s Scientific Director. Firstly, the fat cells are extracted from the duck eggs. They are then placed in cell culture flasks, after which the cell mass is centrifuged.

The next step for the company is to move from proof of concept to large-scale production. However, there are still key challenges to be met: optimising the nutrient-rich media for mass production, creating facilities with bioreactors (think of vats used in beer production), and reducing production costs. 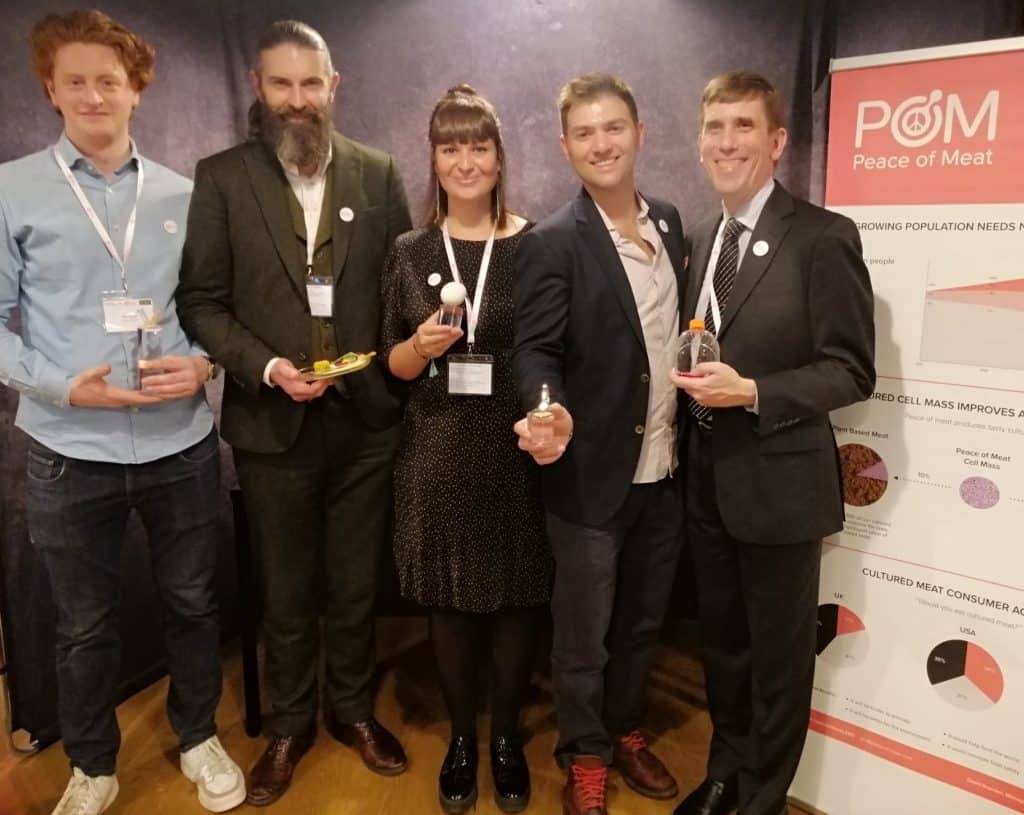 The Belgian government has shown its support in helping to overcome these challenges, allocating 3.6 million euros to research into cellular agriculture. This allocation funds the ‘foieture’ project, which aims to produce cultured foie gras. The project brings together Peace of Meat and various players in the food industry, including meat manufacturers and producers Solina and Nauta as well as the Flanders Food Industry Innovation Centre, KU Leuven University, and the Bio Base Europe Pilot Plant.

Although cellular agriculture is still in its early stages, this new proof of concept is an important step, testifying to both the significant progress made in the field and to the willingness of various players in the EU – from governments to conventional food companies – to work together to produce healthy, tasty, and environmentally-friendly animal protein. 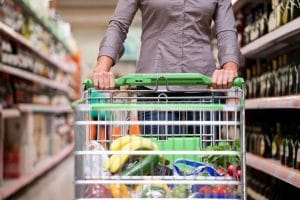 We called on the European Union to shift its subsidies on meat and dairy to plant-based foods, in line with its new climate objectives.