Landmark climate report highlights the benefits of a plant-based diet 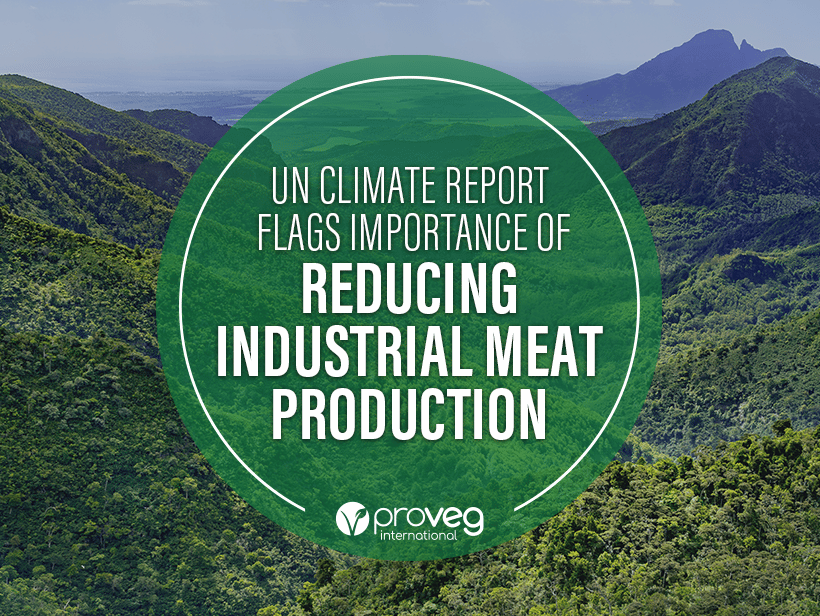 Today, the Intergovernmental Panel on Climate Change (IPCC) released a landmark report on the link between climate change and land use. It is the first time in over a decade that the IPCC — an intergovernmental body of the United Nations — have addressed this crucial issue and the most comprehensive assessment on this topic to date. The concerns raised in the report highlight the huge benefits of adopting a plant-based diet.

Why are IPCC reports so important?

Reports from the IPCC are a distillation of the latest science on crucial matters relating to climate change, with the legitimacy endorsed by leading scientists and government bodies. They are used as the evidence on which to base policies and provide governments around the world with an objective, scientific view of climate change, its natural, political, and economic impacts and risks, and possible response options. They also inform how journalists present climate change to the general public.

The way we use our land globally is often viewed as too contentious and complex an issue to address, while our energy and transport systems receive a great deal of attention in terms of their contribution to carbon emissions and climate change. The IPCC’s report builds on compelling new evidence to show that we can no longer ignore this issue. Failing to act will result in climate chaos, wildlife destruction, and a global food crisis. This report helps bring urgent attention to the role of land in tackling the climate crisis.

Our relationship with land

There is no ’silver bullet’ solution to the climate crisis, but changing our relationship with land plays a vital role. Scientists have previously warned that the demands we are placing on the Earth’s land are enormous and unsustainable and that we need to rapidly change course. As it stands, humans are driving deforestation, wiping out animals and plants at a staggering rate, and speeding up climate collapse.

Our consumption of animal products is inefficient and an unsustainable use of land. 83% of the world’s farmland (pastures and cropland) is used for livestock even though this only provides 37% of protein and 18% of calories in our diets.1

The report delivers various evidence relating to land use and climate change that supports the case for eating a more plant-based diet. It states that industrial agriculture and the food industry are almost as big a driver of climate change as fossil fuels. The report stresses the importance of reducing meat and the harm caused by industrial agriculture, with ‘dietary change‘ clearly mentioned as an effective solution that has the potential for large emission reductions.

In alignment with the EAT-Lancet report, the IPCC report highlights the harm caused by industrialised and intensive agriculture and recommends a reduction in meat production. The report focuses on ‘low-carbon food systems’, based on fruits, nuts, vegetables, and cereals, indicating that a more plant-based diet is beneficial for climate change mitigation.

The climate solution on our plates

Research shows that global adoption of a plant-based diet could reduce food-related greenhouse gas emissions by up to 70% by 2050.2 It is clearly evident that a shift towards plant-based eating is a simple and effective measure that would positively impact climate change.

A reduction in animal-based food commodities would not only reduce the burden on our climate but would also free up valuable arable land that could be made available for crops grown for direct human consumption. Adopting a plant-based diet also has health benefits and is a matter of justice and equity, as not all countries have the same high levels of meat consumption and historical responsibility for climate change.

At ProVeg, we urge governments to use the evidence presented in the report to push for policy changes that will help shift the world towards a more sustainable food system, which will play a crucial role in mitigating climate catastrophe.