The ‘best in class’ plant-based products from SIAL 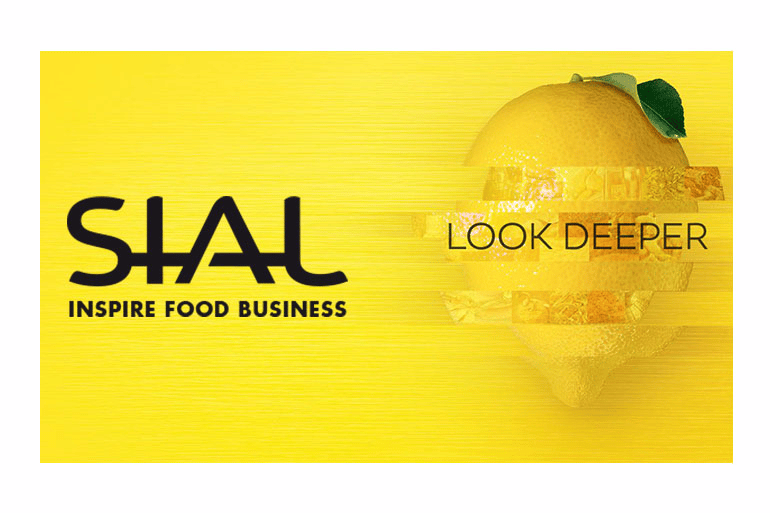 For many in the food industry, SIAL Paris, which took place from 21st to 25th October 2018, was, without a doubt, the event of the year. With over 7,200 exhibitors and an estimated 160,000 attendees, it is the world’s largest food innovation exhibition and offers large corporations, mid-size companies, and startups alike the opportunity to showcase their products, demonstrate what their businesses stand for, and make valuable networking connections. Since it is an innovation fair, it presents a unique opportunity for attendees to sample the latest products from around the globe and predict where the world of food is headed based on engaging presentations and insightful conversations.

For our International Food Industry and Retail team, who assist companies in tapping into plant-based profits, assessing the quality of the newest wave of plant-based foods was high on the agenda. This was not only to take our taste buds on a journey, but also to finish up with a list of top-performing items in their respective categories. Without further ado, we hereby present the products we judged to be the best-in-class at SIAL Paris 2018:

Plant-based meat: The Beyond Burger

This one should come as no surprise to anyone who has had the pleasure of biting into this succulent plant-based patty. The Beyond Burger performs well on taste, texture, mouthfeel, and colour (achieved through the addition of beets, which provide a reddish, meatlike tint). Hats off to the guys at Beyond Meat, we can’t wait for you to bring “the future of protein” to supermarkets and eateries near us! 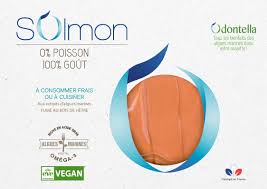 Alternatives to fish are sorely lacking in the plant-based market so you can imagine our reactions when we found out that a French startup called Odontella, conceived by specialists in microalgae with backgrounds in biology and nutrition, had produced plant-based salmon. It did not disappoint in terms of taste or texture, which were both most certainly reminiscent of conventional salmon. With some small changes to the product’s appearance, as well as more competitive pricing, we believe that an ocean of opportunities will open up to this pioneering company.

At first, we thought it rather odd that Naturli’s stand was in the middle of the dairy hall, since this delightful Danish company also produces a number of meat alternatives. Looking back, however, it could well have been a way in which to ensure the latest version of their iconic, palm-oil-free butter, made from almonds, shea butter, coconut, and rapeseed, got the attention it deserved. The product differs from their original tub of spreadable butter – which is scrumptious on toast – in that it lends itself perfectly to baking and frosting. At present, it is only available in Denmark but, if it does well in its home territory, it will hopefully be launched internationally. With Christmas around the corner, we couldn’t think of a better time for this to hit the shelves. 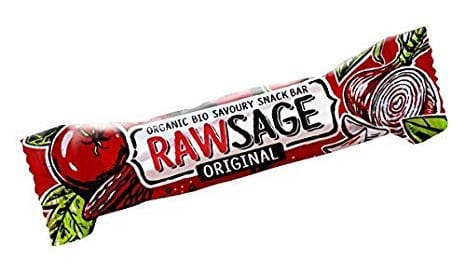 Before SIAL, we had not heard of Lifefood’s organic, gluten-free, raw savoury snack bar made from brazil nuts, sundried cherry tomatoes, herbs, and spices. Not only were we fans of the taste and bite of this ‘rawsage’, but we were also charmed by its name and packaging design, which are congruous with the value proposition and thus easy to understand. Moreover, in line with the demands of today’s consumers, it can be described as ‘clean label’, thanks to its reassuringly short list of natural ingredients. 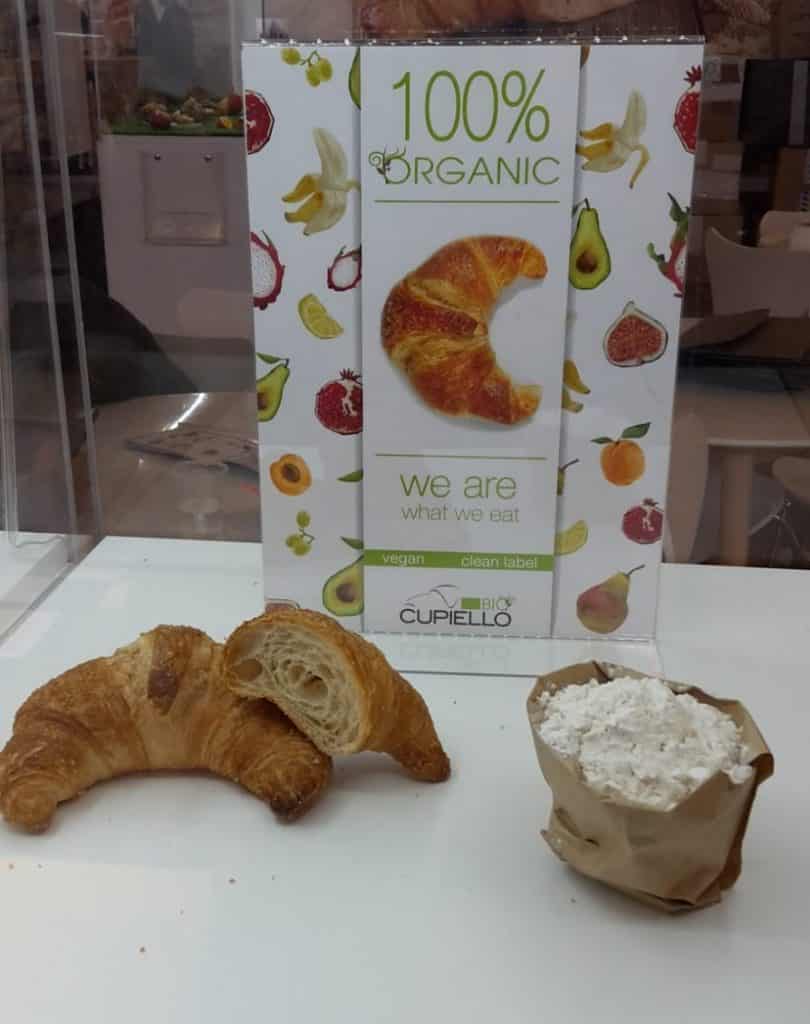 A trip to Paris wouldn’t be complete without indulging in a croissant. But this wasn’t just any croissant: this baked crescent of delightfulness, with its tender, flaky outer layer and soft, doughy interior, was not only utterly mouthwatering, but also organic, produced from just a few natural ingredients, and, of course, 100% plant-based. The company behind this creation, Cupiello, also produce multigrain, fruit-filled, and sourdough versions of this croissant, along with a number of other plant-based pastries for the food-service and hospitality industries. I don’t know about you, but we certainly think their delectable range would brighten up any hotel breakfast buffets. 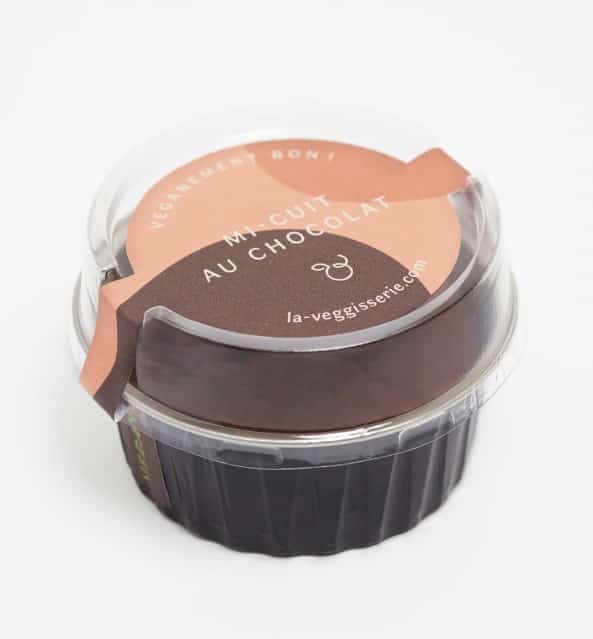 Next time your sweet tooth gets the better of you, look no further than La Vegisserie’s wide range of decadent, purely plant-based, gluten-free, and organic desserts. This melt-in-your-mouth ‘mi-cuit chocolat’ translates to ‘half-baked’. Thanks to the shorter time in the oven, a warm, gooey pool of rich, dark chocolaty goodness is to be found inside this soft cake. La Vegisserie is run by a young couple with a background in Michelin star catering (and you can taste it!) who hail from Normandy, a region famed for its dairy-centric gastronomy. Their mission is to make plant-based and allergen-free desserts just as gourmet and délicieux as conventional ones. Mission completed if you ask us! 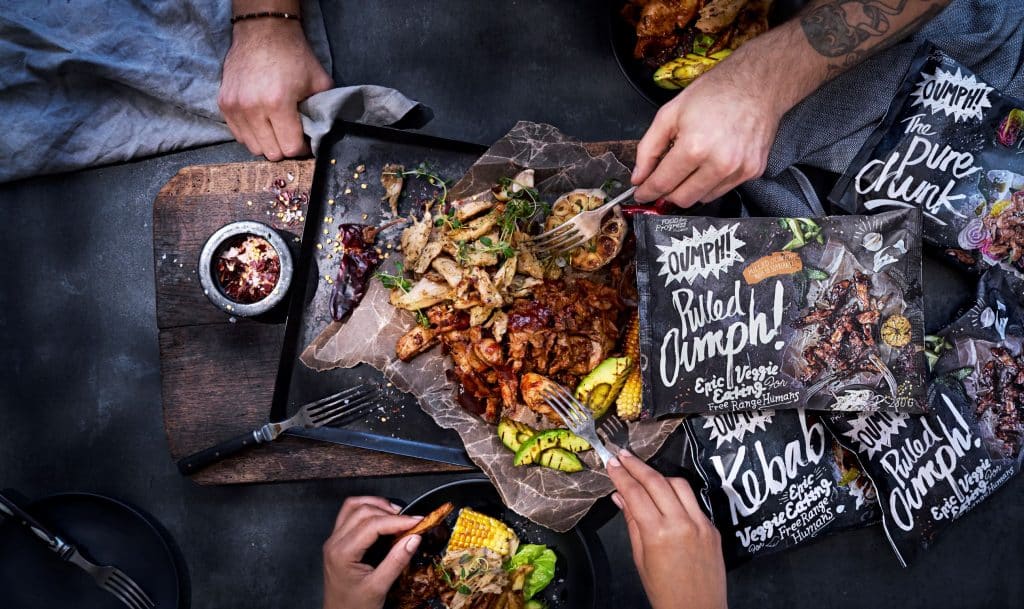 Pumping tunes, trendy guys cooking up a storm, and an abundance of creatively prepared samples attracted people in droves to Swedish brand, Oumph’s stall at SIAL. Their brand image oozes cool at every touchpoint, from their website to their packaging design. Tastiness is communicated through vibrant images of meals made with Oumph ingredients, which, combined with their simple language, positive tone, and a healthy dose of humour makes sustainable and ethical food choices seem like a no-brainer. Who doesn’t want “food that’s delicious, easy to cook, and crazy good for the environment”? We love the emerging trend we are observing among plant-based brands around accessible, memorable messaging that makes it clear that there’s everything to gain and nothing to lose from “epic veggie eating for free range humans” and the Swedes seem to be doing it particularly well at the moment (the Swedish company Oatly is also taking great strides in the plant-based arena).

Congratulations to all those who cut the mustard! Overall, it was fantastic to see so much innovation in the plant-based space, especially in the plant-based meat market, where there were a lot of stand-out brands, old and new, including Vivera, Meatless Farm, and The Vegetarian Butcher, all of whom held their own in the meat hall. While these brands are all already performing well on taste, convenience, texture, and branding, unfortunately, the same cannot be said of plant-based cheese, which is not nearly as plentiful or, in most cases, performing as well sensorially. Although we did note a surge in interest among both conventional dairy companies and meat companies in launching plant-based alternatives, it was mainly the latter who had taken steps towards actually doing so – more on that next time when we uncover the results of the survey we carried out among conventional and plant-based businesses about the motivations, barriers, and pain points associated with entering the plant-based market.

Next time we’re at SIAL, besides mind-blowing plant-based cheese, we hope to see more clean-label alternatives across the board, along with more alternatives to fish and seafood, more convenient full-meal solutions, and more well-marketed, affordable options. To the companies above, we look forward to seeing you at SIAL next year and enjoying the fruits of your hard work and innovation.