Plant-based diets: What do vegans eat? 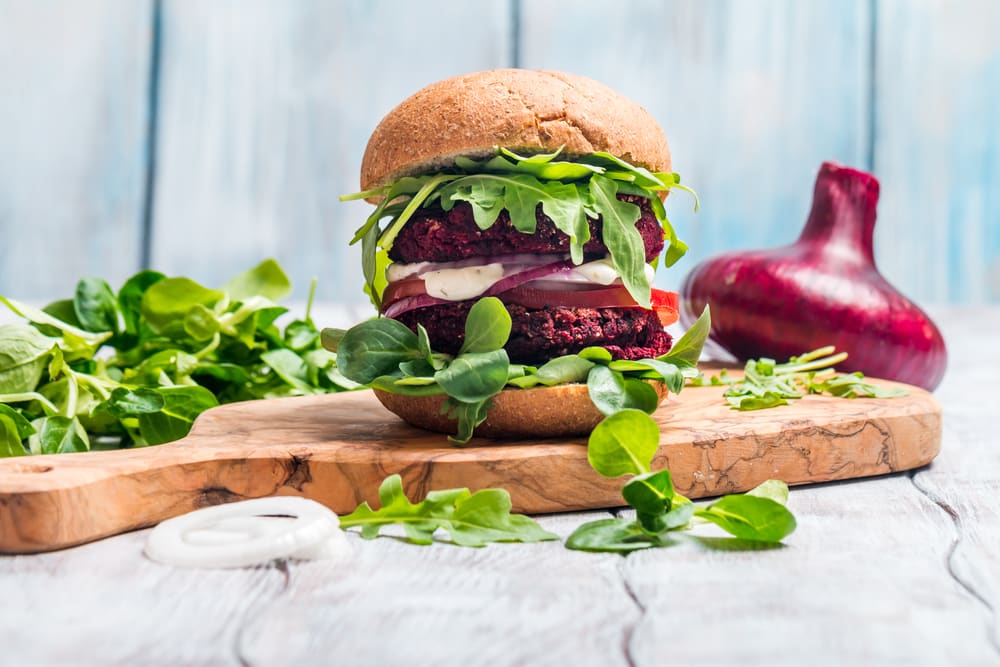 Vegans eat exclusively plant-based food. In other words, they do not eat animals or animal-based products. But there is much more to a vegan way of life than diet. Whether it’s caring for animals, the environment, or one’s own health, there is a multitude of reasons to choose a vegan lifestyle. ProVeg explains more about vegan diets.

Why choose a vegan diet?

It is becoming increasingly clear that the consumption of animals is a major contributor to numerous global problems. Since a plant-based diet addresses all of these problems simultaneously and can help to resolve them, the move towards a diet and lifestyle free from animal products is rapidly gaining momentum. A plant-based diet saves many animals from a life of suffering, reduces one’s personal ecological footprint, and can contribute to a fairer world. At the same time, plant-based eating can also offer a healthier and more varied diet.

Vegetarian and vegan diets have a long tradition

Throughout history, plant-based diets have played a role, whether for religious, political, or social reasons. The concept of vegetarianism first gained cultural prominence in the 8th century BC, originating from a religious predecessor of Hinduism in Indian cultures. But even in Europe, during the 6th century BC, certain schools of Greek philosophy rejected the consumption of meat for ethical and, later on, for economic, ecological, or health reasons. The term ‘vegan’, however, only emerged in 1944 and is a contraction of the first and last syllables of the word ‘vegetarian’.1

What to eat on a vegan diet

A diet free from animal products is extremely versatile, while the transition towards more plant-based eating opens up a world of new and exciting culinary possibilities. Animal products can easily be replaced with:

The vegan food plate offers a simple guide to healthy plant-based nutrition. The composition of the vegan plate corresponds to current scientific knowledge regarding the health effects of what we eat and drink on a plant-based diet.6

What to avoid on a vegan diet

A balanced vegan diet is a healthy diet

The high consumption of animal-based products is one of the main causes of widespread lifestyle diseases such as obesity, diabetes, and cardiovascular disease.7 A varied and balanced plant-based diet can help to minimise the risk of developing these diseases. In its position paper on the subject, the Academy of Nutrition and Dietetics writes that a well-planned vegan (or vegetarian) diet is suitable for all phases of life, including pregnancy, infancy, childhood, and adolescence.8

Furthermore, a plant-based diet reduces the risks of foodborne illnesses from salmonella and other bacteria, as well as exposure to environmental toxins.

Important nutrients in a vegan diet

With every diet – whether vegetarian, vegan, or non-veggie – good planning is essential in order to avoid nutritional deficiencies. Optimal nutrition is ensured by eating a balanced and varied plant-based diet while paying attention to critical nutrients. Nutritionists also recommend having a blood test done every year or two.

Those eating a plant-based diet should ensure a proper supply of vitamin B12 by taking dietary supplements and/or using vitamin B12 toothpaste.

Iron deficiency is the most common nutrient deficiency, worldwide.9 Since the body cannot produce its own iron, it must be ingested in sufficient quantities through food.10 11Iron deficiencies can usually be counteracted by eating a healthy and varied diet, and by regularly eating iron-rich foods such as sesame, red lentils, kidney beans, or tempeh.

According to the World Health Organization (WHO), about a third of the global population is affected by insufficient iodine intake. In Europe, as much as half of the population is affected.12 The body can receive an adequate supply of iodine by consuming algae or algae-based supplements such as spirulina, or adding iodised salt to one’s diet. However, an overdose of iodine can cause health problems. ProVeg provides further information on the topic in this article on how to prevent iodine deficiency with iodine-containing foods.

Omega-3 fatty acids are an essential nutrient for the human body. Regardless of dietary pattern, individuals should meet the daily dietary requirements. An adequate intake of α-linolenic acid can be provided by regular consumption of α linolenic acid-rich oils, especially linseed oil and rapeseed oil, as well as through linseeds and walnuts. It can also make sense to use microalgae oils, which are a good source of omega-3 fatty acids for all dietary preferences, not just vegans and vegetarians.

It has never been easier to cook delicious vegetable dishes

People who prefer to experiment in their own kitchen instead of buying animal-free ready meals are finding an increasing selection of great recipes in cookbooks and on blogs. Whether it’s gourmet-food lovers, fast-food fans, or chefs who like to experiment, the colourful variety of plant-based cuisine has something for everyone. And while people are often reluctant to give up their favourite dishes, many traditional meals can easily be veganised with a few tweaks. As countless vegan cookbooks attest, a plant-based diet promises pure enjoyment and satisfaction for the taste buds.

ProVeg offers many delicious vegan recipes for all kinds of tastes.

Plant-based alternatives are growing in popularity

More and more consumers are questioning the consumption of animal-based products. This is also reflected in the increasing demand for plant-based alternatives. Plant milks, for example, have been consumed for centuries in various cultures, but their popularity has skyrocketed over the past decade. Additionally, animal-free substitutes (such as veggie sausages or burgers) are improving all the time and it is increasingly difficult to tell them apart from their animal-based counterparts.

Get to know the best meat, egg, and milk alternatives here.

ProVeg is particularly committed to the theme of taste. On an individual level, we constantly show people new ways to enjoy plant-based food, point out healthy, alternatives to animal-based products, and provide support for their implementation. Apart from raising awareness, we invest numerous resources into creating a facilitating environment. On an institutional level, ProVeg vigorously promotes the development of great-tasting plant-based food by supporting and advising innovative companies that want to enrich the plant-based sector with their product. We work with caterers, chefs, businesses, and producers to improve the availability and quality of plant-based alternatives.

Veganism is not just about diet

For many people, veganism is not just about diet but applies to all aspects of their lives. A plant-based lifestyle includes, for example, avoiding clothes which contain animal-derived products such as leather, wool, or fur, and cosmetics that contain animal-based products such as honey or lanolin or which have been tested on animals. Fortunately, the range of vegan clothing and animal-free cosmetics is also growing and becoming increasingly accessible. Vegans also seek to avoid all other forms of animal exploitation and cruelty, including visiting zoos or circuses.

ProVeg supports people in making this sustainable and enjoyable lifestyle their own.

You don’t have to change overnight to living a life that is 100% plant-based. Just get started. Small changes to eating habits should be made as easy as possible, which is why ProVeg provides a great deal of information about the advantages of plant-based cooking as well as tips for  changing your in diet and lifestyle. Try a few simple recipes and find out why more and more people around the world want to live a plant-based life. Join the global plant-based movement and benefit from the numerous advantages of a healthy, climate-friendly, and compassionate diet.