A quarter of the Dutch population hopes for future without meat, new study finds 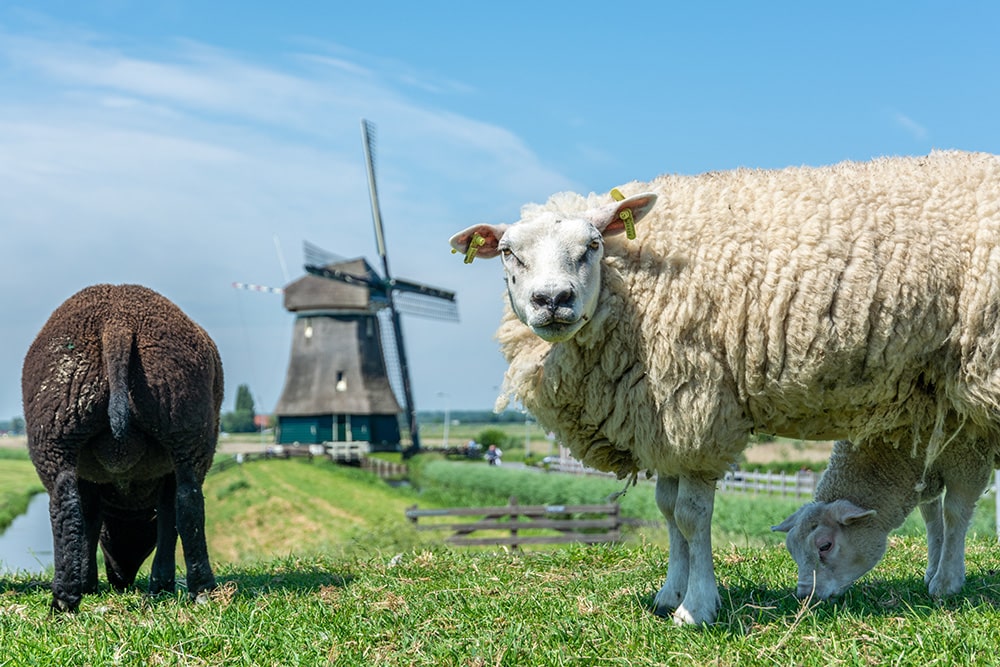 Research carried out in the Netherlands has found that Dutch people are more radical in their ideas about livestock farming than might be expected on the basis of their daily food choices. A substantial minority of 28% even dream of a future in which no more animals are used for food. This was revealed in research carried out by Kieskompas in cooperation with the VU University Amsterdam, commissioned by food awareness body, ProVeg Netherlands.

The main results of the study:

For the study, Kieskompas asked 8,575 Dutch people about their opinions on the use of animals for food and the future of meat consumption. The results are representative of the Dutch population and weighted by gender, age, education level, ethnicity, and political preference.

“We are much more vegan than we think”.

Pablo Moleman of ProVeg Netherlands is surprised by the results: “In the Netherlands we appear to be much more vegan than you might think – perhaps not yet in our eating habits, but certainly in our deeper convictions about the use of animals. Almost half of the Dutch population subscribes to the idea that you should not use animals as food – the basic idea at the heart of veganism, and this opinion is apparently much more widely shared than the one percent of the population who call themselves vegans would suggest. These results imply that vegans do not necessarily have more radical views than other people, but they do simply attach more consequences to them.”

Vegan thinking may be more widespread than expected, but the majority of Dutch people still like to eat meat. However, there does seem to be a broad consensus, from young to old and from left-wing to right-wing, that meat consumption should be reduced. There is also a majority opinion that intensive livestock farming should be abolished. Hans Dagevos, senior scientist at Wageningen UR, responds to the report:“Livestock farming and consumers’ desire for meat are both strongly represented in the Netherlands. But at the same time, the results of this study reinforce the picture that many Dutch people support making our food production and consumption less ‘meaty’. In short, the protein transition enjoys public support. The new Minister of Agriculture can take such signals with him when he sets out his policy lines in the coming period.”

Preamble to a societal change

Surprising as they may seem at first glance, the findings of the Kieskompas research are consistent with those of other research. In 2019, for example, Wageningen University researchers Cor van der Weele and Clemens Driessen investigated, on behalf of the Dutch government, what Dutch people think about cultured meat. In their study, they describe how in focus groups, doubts about the downsides of meat kept coming up “from under the surface of behaviour” in society. Although the participants acknowledged that they themselves had hardly changed their individual behaviour, they indicated that they needed outside help to do so. Older participants in particular were found to “expect and even explicitly hope for collective changes concerning meat.” Responding  to the results of Kieskompas survey, van der Weele commented:

“It suggests that the obviousness of meat consumption has already diminished considerably, among a broad section of the population. The fact that the consumption figures do not show this yet certainly has something to do with what the Kieskompas survey also shows: that people still have reasons to eat meat. Because of these ambivalences, you don’t see changes immediately, but in transition terms, the situation can be seen as a sign of a preamble to a societal change.”

A recent study by Van der Weele also shows that even among livestock farmers there are growing moral concerns about keeping animals for food. This emerged from interviews she conducted with farmers. However, this is not discussed openly, because many farmers experience it as a form of betrayal, according to her study The Farmers’ Dilemma. Van der Weele says: “The fact that concerns in daily life remain largely hidden beneath the surface also came to the fore in research with farmers. The question was whether cultured meat could be an opportunity for them, rather than a threat. Doubts are also growing among farmers about current livestock farming. The tense and polarised climate among farmers following the nitrogen discussion emerged as one of the reasons why we are not hearing much about these doubts.”

The study What does the Netherlands think of the Protein Transition was carried out by the VU University of Amsterdam in collaboration with KiesKompas, and commissioned by ProVeg Netherlands. A random sample of 8,575 people from the Kieskompas panel was used for the study. The results were weighted according to gender, age, education, ethnicity, and voting behaviour in order to make the data representative of the voting population of the Netherlands with regard to these characteristics.

The study is part of a series. Other par, which also includes:

The study was inspired by and partly based on an earlier US study, in which 40% of those questioned said they were in favour of a ban on slaughterhouses. This study was conducted by the Sentience Institute and subsequently verified several times, including by the University of Oklahoma.

Anyone who personally believes that animals should not be food and wants to try putting these ideas into practice can sign up for the Veggie Challenge. The challenge makes it easier to follow your own vegetarian or vegan challenge for 30 days.