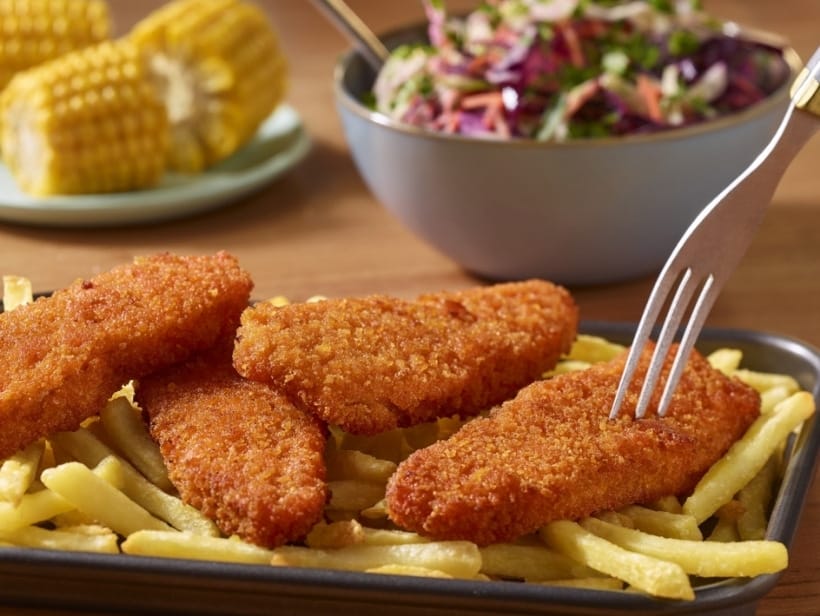 Everything, except plant-based meat alternatives.

While meat prices have increased sharply, plant-based meat alternatives on sale in the Netherlands have become cheaper, according to new figures compiled by supermarket researcher Questionmark on behalf of the Dutch branch of food awareness organisation ProVeg International.

ProVeg and Questionmark systematically mapped the price differences between animal products and plant-based substitutes for the first time in February this year. They then mapped the differences again in June this year and discovered that a lot has changed. 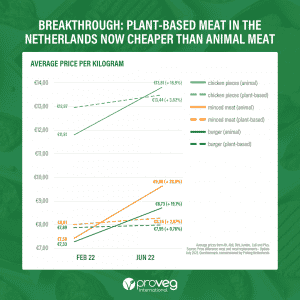 Products with a comparable portion size were always compared on the basis of their price per kilo. A total of 36 different products were compared.

The differences between supermarkets and between the products themselves remain large. The fact that plant-based meat alternatives have become cheaper than meat on average does not mean that this is also the case with every plant-based meat alternative and in every supermarket. However, the same trend can be seen everywhere, namely a sharp decline or even reversal in price differences. Of the 18 product pairs examined, the price difference had improved in 16 and deteriorated in only 2.

Most benefits at Aldi and Lidl

In relative terms, Aldi and Lidl offer the greatest benefits for those who exchange meat for meat alternatives. For consumers, this saves no less than €6 per kilo. In February, the difference was also positive, at €2 per kilo.

Pablo Moleman of ProVeg Netherlands said: “As a result of the price increases, we are already seeing consumers increasingly opt for discounters such as Aldi and Lidl. They could cut the cost of their groceries even further by more often putting a plant-based meat substitute in their basket instead of meat.”

The cause of the changes is entirely due to the increase in the price of meat, not to the reduction in the price of alternatives. In most cases, plant-based meats remained the same price, or became slightly more expensive, but to a much lesser extent than meat. On average, meat became 21% more expensive between February and June, whilst plant-based meat alternatives rose in price by only 2%.

Meat eaters pay the price for higher use of raw materials

According to ProVeg, this is caused by inflation and higher raw material costs, combined with the inefficiency inherent in the production of meat.

“Meat has always been a product that requires an enormous amount of raw materials. To make one kilogram of meat, you need up to ten kilograms of grain. Now, in times of scarcity, that takes its toll,” Moleman said. “Due to the large use of raw materials, meat is much more sensitive to disruptions in the world market than meat alternatives. Plant-based meat clearly wins out on efficiency, and we now see that reflected in the price.”

According to Moleman, the margins may also play a role.

“We already knew from the previous study that there are often wafer-thin margins on meat products. Supermarkets try to attract customers by offering meat as cheaply as possible. Margins of around 8% are common, and sometimes meat is even sold below cost. Meat alternatives, on the other hand, have margins of 35% to 50%. Those higher margins may have acted as a buffer to absorb the price blows, while with meat, supermarkets had no choice but to raise prices. That could explain why meat has been hit so hard by price increases and plant-based substitutes have not.”