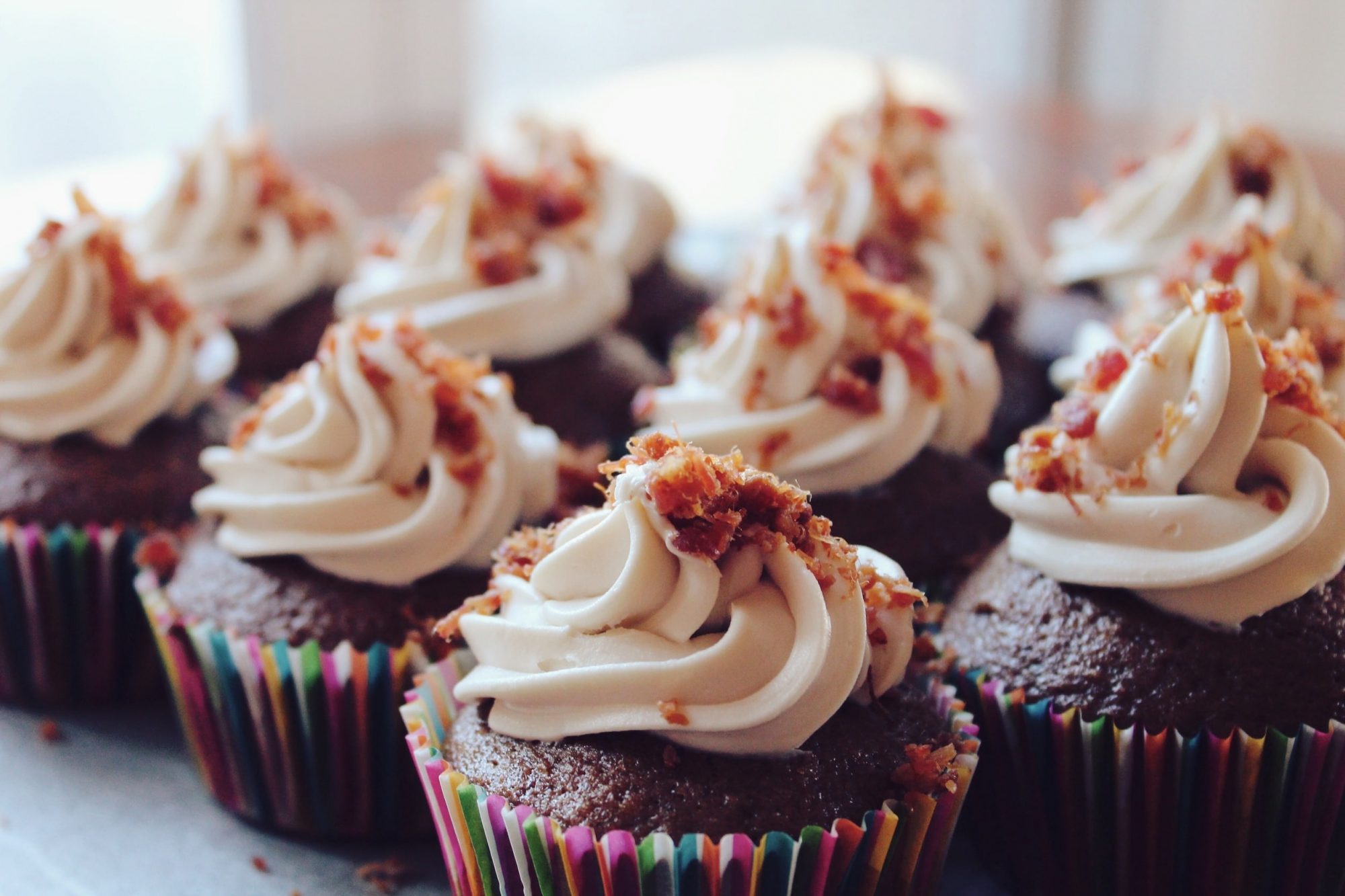 If you love biscuits, cakes, tarts, and the like, don’t worry: you can still eat all of those things on a vegan diet, while other favourites such as muffins, brownies, and pancakes can also all be made from plant-based ingredients. This article is all about the advantages of plant-based baking and how you can veganise conventional recipes.

Using plant-based alternatives to cow’s milk, butter, eggs, etc. benefits the environment as well as the lives of animals. Vegan baking also has practical advantages as plant-based foods generally keep longer than animal-based ones. In addition, raw dough made from plant-based ingredients is safe to eat in small quantities. Since it’s free of eggs, the risk of contracting salmonella is miniscule.

If you are not yet an experienced baker, it is better to concentrate on vegan recipes so that success is more likely. After gaining a bit of experience, it will be easy to convert non-vegan recipes by replacing milk, eggs, and butter with plant-based alternatives.

Vegan baking with plant-based fats instead of butter

Instead of animal-based butter, vegan baking uses plant-based margarine or neutral plant-based oils such as sunflower or rapeseed oil. Please note that margarine is not always completely animal-free, and may contain animal-based milk components or vitamin D of animal origin. This is where a vegan certification such as the V-Label helps. Butter can be replaced with the same amount of margarine.

Regardless of the recipe, eggs can easily be replaced with plant-based ingredients when baking, although you will need to determine the function of the eggs in the original recipe: were they used as flavour enhancers or moisturisers, or as raising, loosening, or binding agents? For example, applesauce adds moisturise to dough, while ground linseeds act as a binding agent. 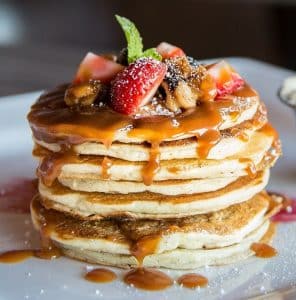 Raising agents are used to increase dough’s volume. Baking powder is the most well known example, but other raising agents can also be used as substitutes. The following list includes several good egg alternatives for baking.

Baking powder is a ready-to-use mixture that usually consists of baking soda, starch, and an acidifier. It ensures that baked goods rise and makes the dough less dense. If a recipe calls for just one egg, this can often be replaced by a teaspoon of baking powder.

Nowadays, most supermarkets carry several types of vegan egg replacement powder. These usually contain starch or flour as well as a raising agent to increase the volume of the dough. Egg-replacement powder does not add any unwanted additional flavours or sweetness and can be used for various baking recipes.

When used as raising agents, baking soda and cider vinegar function as excellent egg replacements in for cakes and muffins. To replace an egg, combine a teaspoon of baking soda with a tablespoon of cider (or even brandy) vinegar. Don’t worry about the vinegar flavour – it evaporates during baking.

Soya flour mixed with water or other liquids can give your dough a smoother texture. To lighten pound cakes or wafers, they often need more than one egg. Since eggs traditionally provide moisture in these recipes, it is important to increase the proportion of other liquids when using soya flour. Locust bean gum is also a good egg substitute. One tablespoon of soya flour or locust bean gum mixed with 1–2 tablespoons of water replaces one egg.

As the name implies, binding agents are the ingredients that hold dough together. They prevent biscuits and cakes from breaking and falling apart. In this section, you will learn how you can use plant-based binding agents to create dough with a perfect consistency.

Chia seeds or crushed linseed bind cakes, muffins, and biscuits. The seeds become gelatinous when mixed with water. To replace an egg, simply mix one tablespoon of chia seeds or ground linseed with 3 tablespoons of water, stir, then let the dough stand for 5 minutes while it absorbs the water.

Nut butters are usually made entirely from a particular nut (for example, peanuts, almonds, or cashews), which makes them too dominant for some recipes in terms of taste. When appropriate, 3 teaspoons of nut butter, whisked together with 60 ml vegetable milk, can be used to replace one egg.

Applesauce is an excellent binding agent. It also adds moisture and flavour to biscuits, cakes, and muffins. Applesauce is available in stores and can also be made at home. Use 4 tablespoons of applesauce to replace one egg.

When using bananas, make sure that you add more raising agent – baking powder, for example – so that the dough does not become too heavy during baking. When used as an egg substitute, bananas are best suited for cakes, pancakes, and brownies. Use a fairly ripe, crushed banana to replace one egg. Bananas are stronger binding agents than applesauce. 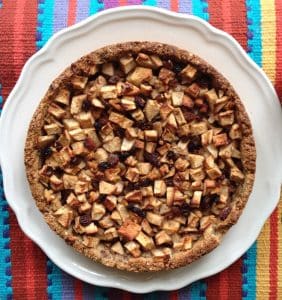 There are few desserts more classic than an apple pie. A simple, traditional sweet pastry that all your guests will enjoy. A plant-based version is just as easy to bake and can be a staple in everyone’s recipe book. But there’s more to it than just apples ...

Soya yoghurt and coconut milk add a lot of moisture to pastries. 60 ml of coconut milk or 60 g of plant-based yoghurt is equivalent to one egg. Nowadays, even soya quark is available in some grocery shops. Plant-based quark can also add moisture to baked goods.

If you want to make vegan pancakes or lighter dough for use in sponge cakes, for example, carbonated water will help immensely. Add a little soya yoghurt and baking powder to help guarantee that your egg-free recipes will be a success. If you’re lucky, the carbonated water will already be included in the recipe, because the amount needed to replace an egg depends on various factors.

Silken tofu for a creamy texture

Silken tofu is a very soft variety of tofu. It is especially well-suited for vegan cheesecake, giving it a creamy texture when mixed well with the liquid ingredients. Silken tofu is sold in organic supermarkets as well as many Asian shops. In pound cake and yeast doughs, 60 g of silken tofu replaces one egg and also provides moisture. 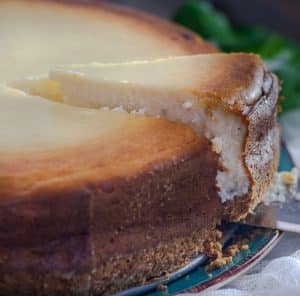 With its creamy filling, a delicious blend of coconut and maple syrup notes, this gorgeous American-style cheese cake will leave you craving for more - which is easy enough to get. Less than half an hour's preparation, a night's expectant waiting and you are ready to indulge in this sweet delight.

Probably the easiest part of veganising a baking recipe is replacing cow’s milk. There is a wide range of plant-based milk alternatives available, which consist of water mixed with cereals, nuts, seeds, soya, or other legumes, which is then blended and strained. Plant-based milk is easy to make at home. Try our recipe for delicious oat milk!

There are also many plant-based cream alternatives, made from cereals, nuts, seeds, soya and more. Soya whipping cream is also available in more and more supermarkets, usually sold in aerosol cans or Tetra Paks or in powdered form. 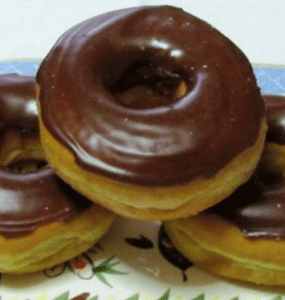 It's hard to say no to a good doughnut. Instead of sit around and wonder where you can get one, you can just make some delicious ones at home! This is now possible with this easy-to-make recipe that can be made in under 20 minutes!

Many plant-based gelling agents are suitable as an alternative to gelatine, which is made from animal bones and skins. Pectin, extracted from fruits, is the best-known example. Honey can be replaced by numerous plant-based sweeteners such as maple, agave or apple syrup. The red food colouring known as carmine (E 120) is made from red scale insects and is therefore of animal origin. Those looking for a plant-based alternative can use ready-made vegan food colouring, or, alternatively, try colouring their cakes with fruit or vegetable juices. Beetroot and blueberry juice, for example, act as strong dyes.