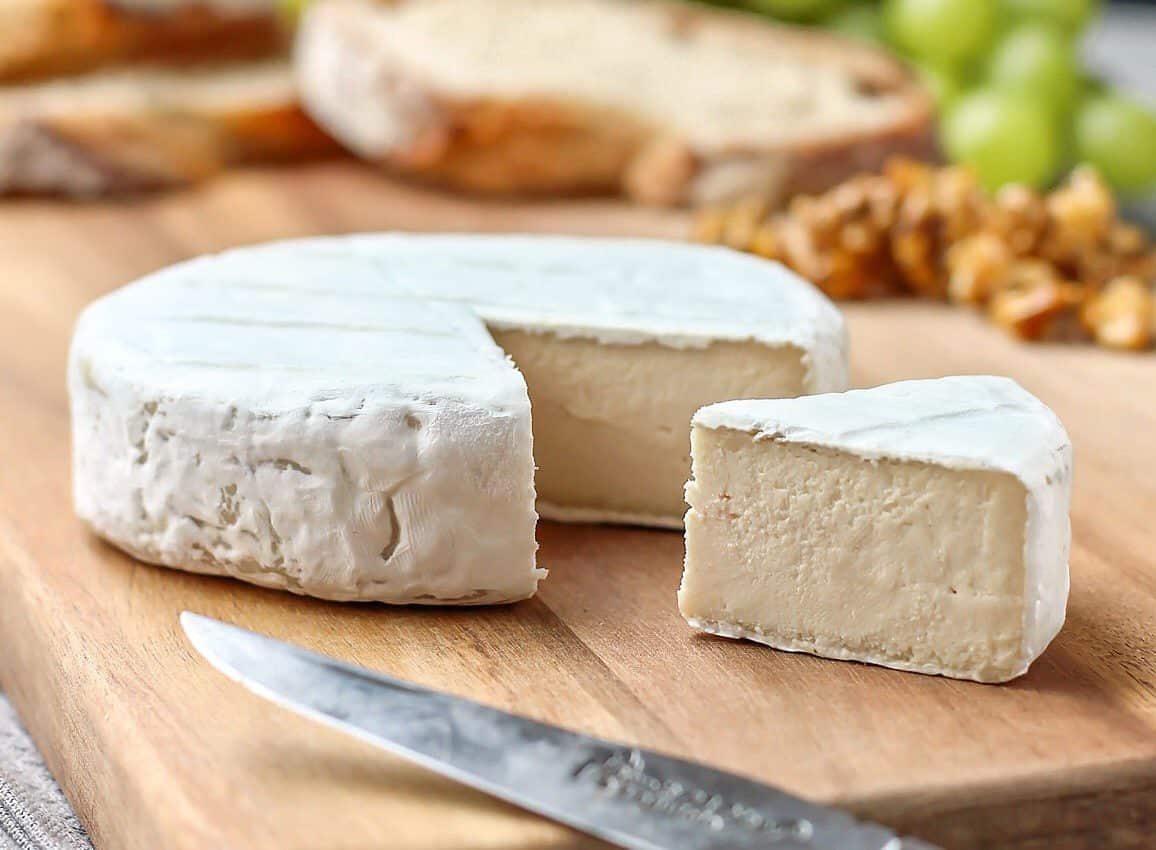 Dairy-free cheese alternatives, made from a variety of ingredients, including nuts, soya, and yeast flakes, are becoming increasingly popular, and are starting to appear on supermarket shelves around the world. ProVeg presents a wide range of vegan cheese alternatives, as well as the recipes – so that they can easily be made at home.

Cheese is often not vegetarian

Rennet which is used in the production of certain types of cheese has traditionally been of animal origin and is obtained from the stomach lining of calves. Therefore, cheese made using animal rennet cannot be considered vegetarian since the calves have to be killed in order to obtain it. Due to the enormous volume of milk production, dairy cows, who are intelligent, empathetic, and affectionate animals, must endure uncomfortable and stressful conditions which do not meet even their most basic needs. More and more consumers are questioning the consumption of cheese and the effects that our diets have on animals, the environment, and our health.

Cheese alternatives are growing in popularity

When transitioning towards a more plant-based diet, you can still enjoy the pleasures of cheese thanks to the rising popularity of vegan cheese alternatives. While vegan cheeses are only just beginning to appear on supermarket shelves around the world, there is a wealth of recipes available online for making everything from mature cheddar to camembert to blue cheese. Some of these plant-based alternatives, such as vegan cream cheese and mozzarella, are quick and easy to make, while others, such as mature cheddar and roquefort, can take several weeks to culture and mature, much like dairy-based cheeses (although a little quicker). With a bit of practice, you’ll be a vegan cheese master! 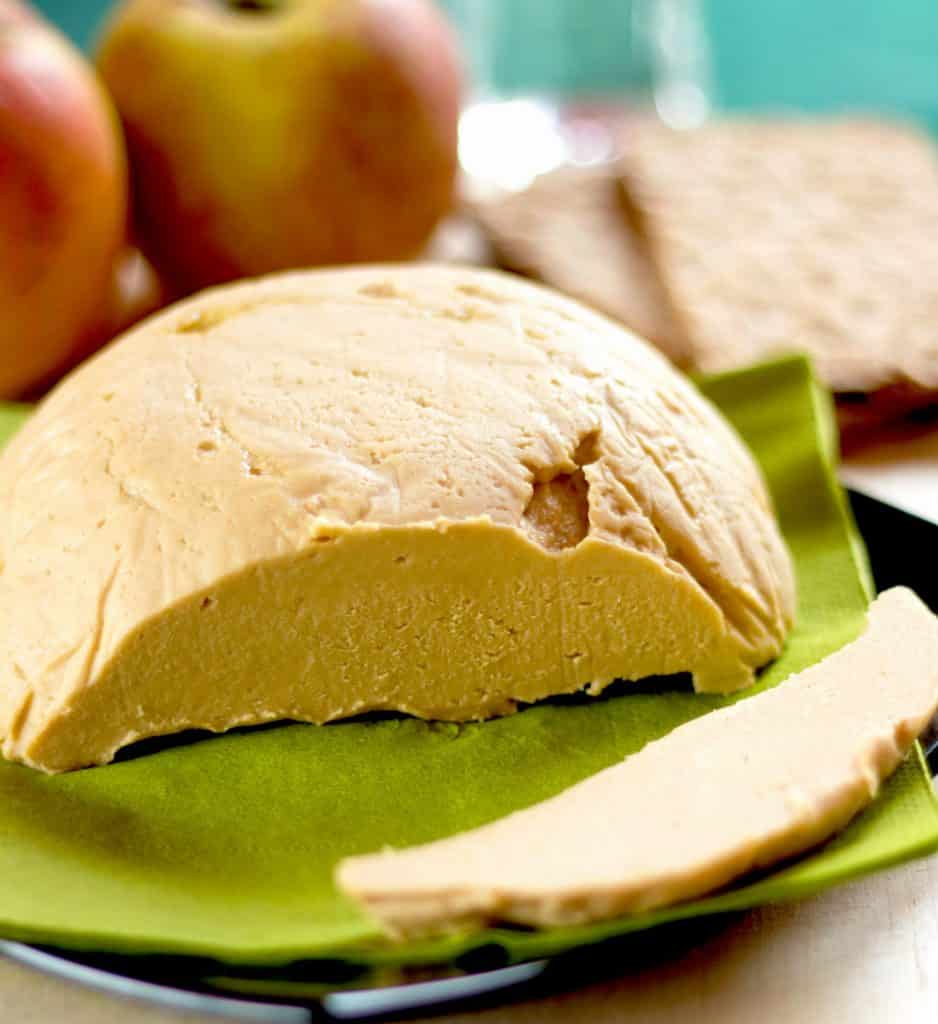 Mature cheddar cheese is cheddar that has been aged for at least six months, allowing the cheese to culture and develop its distinctive sharp taste. This vegan version from Yumsome won’t take quite that long but still requires a few weeks for the flavour to fully mature. Although the recipe doesn’t include any cheese cultures, the presence of miso and soya yogurt allows the cheese to culture and develop a complex taste. It’s not as hard as conventional cheddar but will still slice for use in sandwiches. However, to grate it to use as a topping or in a sauce (in macaroni cheese, for example), it first needs to be frozen. 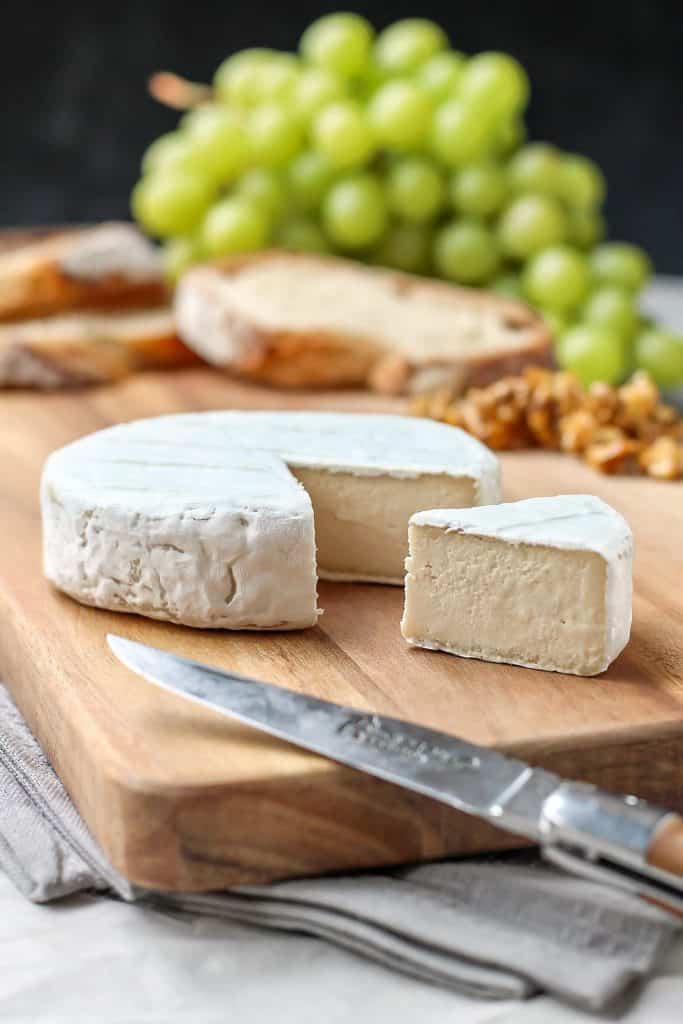 This vegan camembert from Full of Plants tastes – and looks – just like the real deal, including the traditional white rind. It’s a little more artisanal than some of the other recipes featured here however, since, just like dairy-based camembert, it is cultured with Penicillium candidum which provides both the sharp taste and the mould-based rind. On the other hand, it only has five ingredients (with cashew nuts as the base) and, other than waiting for it to mature, which takes several weeks, it’s pretty quick to make. Penicillium candidum can be bought from a pharmacist or a cheese supply store, and is also easily available online. 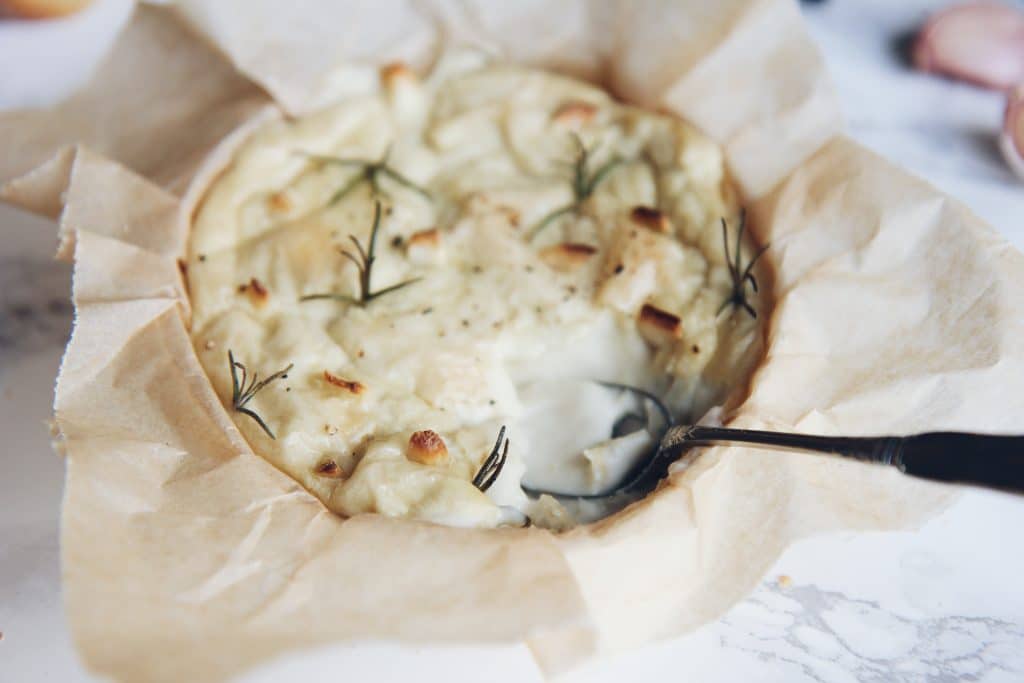 This delicious recipe for baked camembert offers all the gooey pleasure of the classic dairy-based version. Made with cashews, rosemary, and garlic, it’s much quicker to make than the classic version above since there’s no setting or culturing required – it can go straight into the oven once you’ve prepared the base mixture. The result is a warm, creamy, melted cheese with the punchiness of garlic and a subtle hint of rosemary. Combined with a crusty baguette, it’s the perfect comfort food. 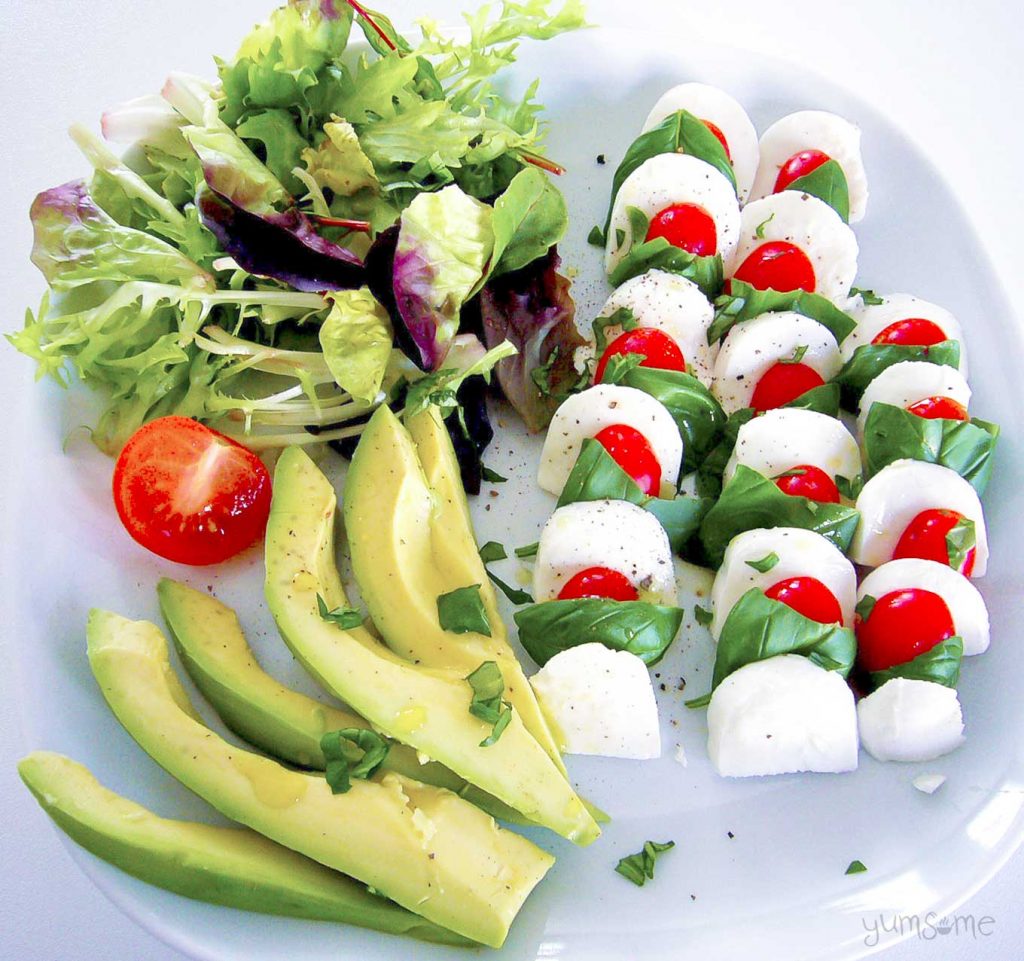 The key ingredient in this recipe for vegan mozzarella cheese by Yumsome is the tapioca starch, which gives it the stringy, stretchy qualities of the classic Italian cheese. And like dairy-based mozzarella, it’s perfect on pizzas, parmigiana di melanzane, or in a caprese salad. The lactic acid gives it a delicious, slightly tangy edge, while the nutritional yeast flakes provide the cheesy flavour and the carrageenan solidifies the cheese but also allows it to melt when heated. Carrageenan, which is extracted from red seaweed and has been used for thousands of years, is widely available online or in speciality food stores. 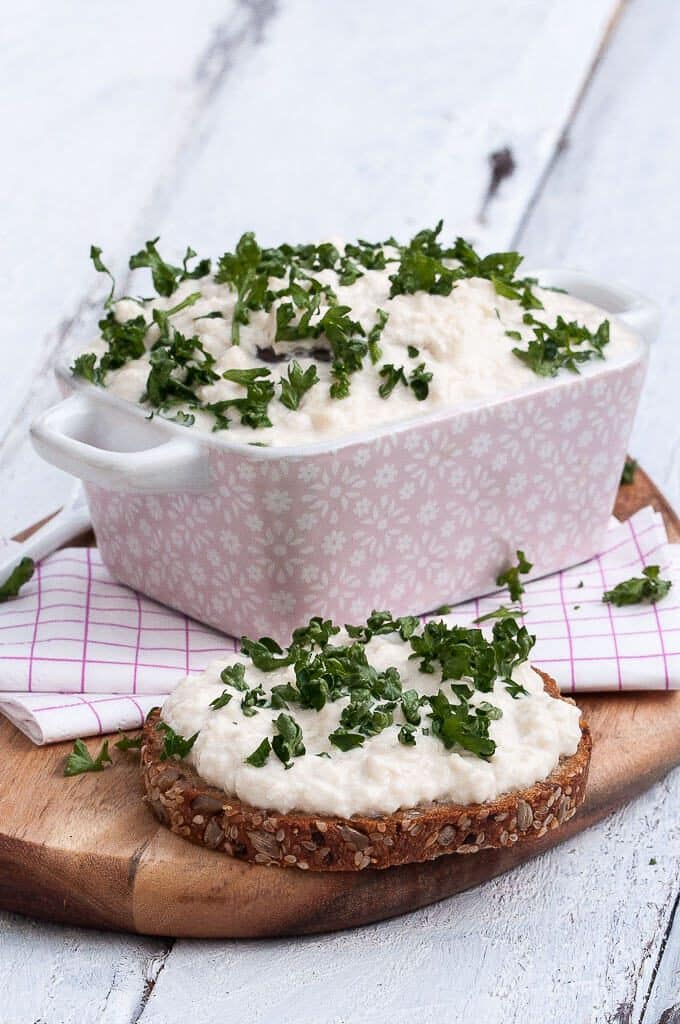 This delicious recipe for vegan cottage cheese turns a traditional favourite into a modern, healthy, veg-friendly option. With silken tofu as the base, the cashews and almond milk provide a creamy flavour and texture. Other than soaking the cashews (which is something you’ll get used to if you regularly make vegan cheeses), it’s quick and easy to make and will provide all the satisfaction and convenience of traditional cottage cheese. A great addition to appetizers or as part of a healthy breakfast, this vegan cottage cheese is high in protein, making it a smart option when you need something filling to keep you going. 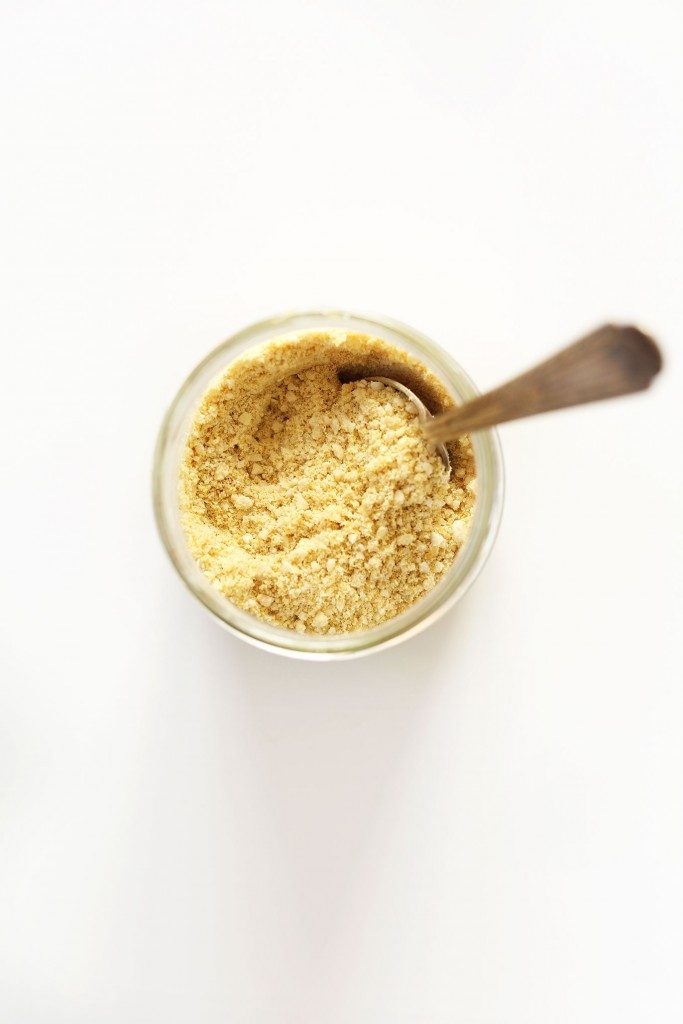 Nutritional yeast flakes are the standard go-to replacement for those on a plant-based diet when they would otherwise reach for the parmesan. If you’re not familiar with nutritional yeast, it sounds like a very odd thing to sprinkle on food, but its sharp, intense taste has a distinct and very satisfying cheesiness (although the yeast culture is deactivated so it can’t be used to culture or leaven food). It is a significant source of some B-complex vitamins, contains trace amounts of several other vitamins and minerals, and is sometimes fortified with vitamin B12. This simple recipe includes the addition of ground cashew nuts which add a little more substance and flavour, taking the yeast flakes that much closer to parmesan. It’s perfect on top of pastas, pizza, soups, and anywhere you’d usually use parmesan – and also delicious by the spoonful! 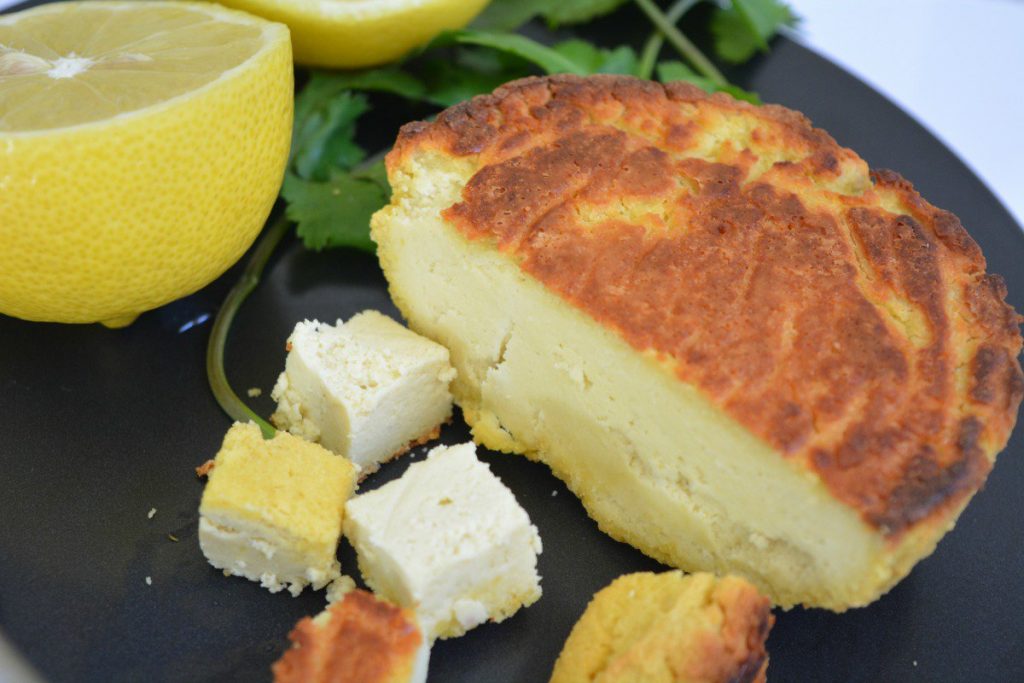 STILL NEED PERMISSION FOR THIS IMAGE

This recipe for vegan feta by One Green Planet takes a while to make but if you’re pining for this essential element of a greek salad, it will be worth the wait – and it doesn’t require too much labour. With an almond base supplemented by the tang of garlic and nutritional yeast, this vegan feta crumbles perfectly and, just like the classic version, is a perfect accompaniment to olives as a delicious Mediterranean-style snack. 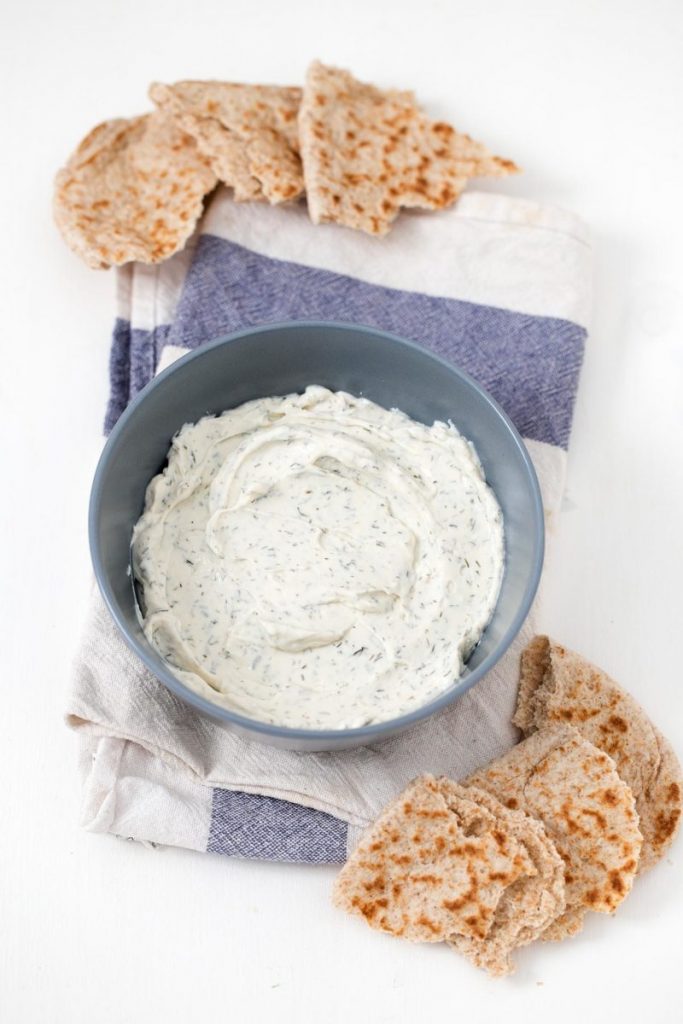 Vegans don’t have to forgo the spreadable pleasures of cream cheese. This vegan cream cheese recipe from Simple Vegan Blog is inexpensive and takes less than 10 minutes to make, although it does require overnight preparation in order to remove excess liquid for the soya (or other plant-based) yogurt. The preparation is worth it though and you’ll end up with a delicious, dippable, low-calorie snack that can be spread on bagels, toast, or sandwiches, or used as a tangy companion to a smorgasbord of fruits and vegetables. 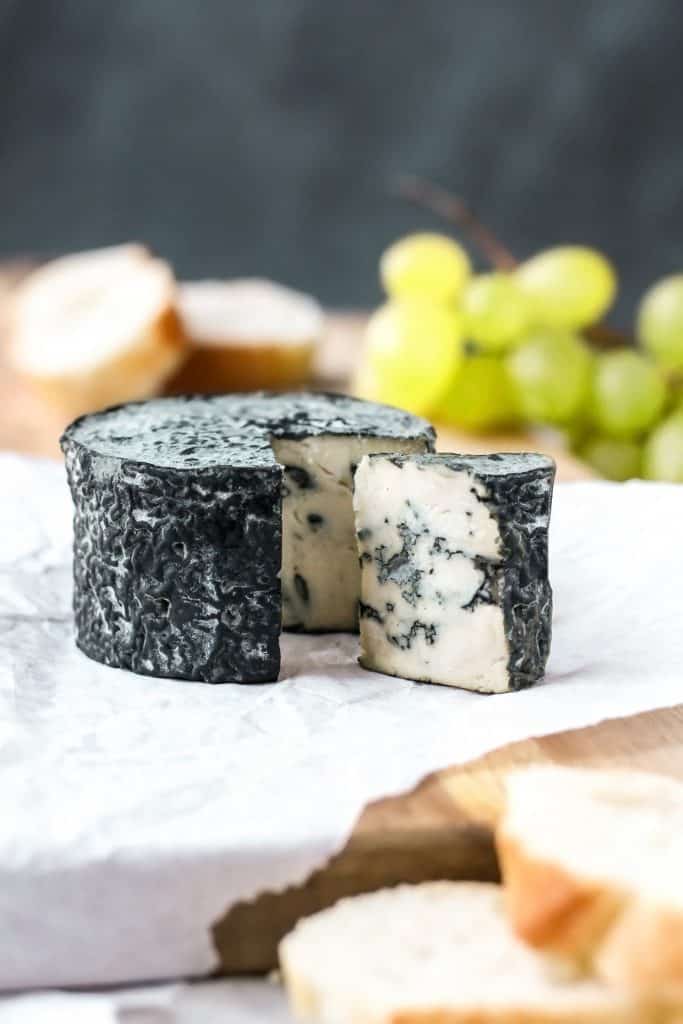 Those who think that vegan cheeses aren’t the real thing need to check out this vegan roquefort cheese from Full of Plants. With a cashew nut base and the inclusion of the actual roquefort culture, the taste and texture of this vegan blue cheese are so similar to the dairy-based original that you’ll have trouble telling them apart. Like classic roquefort, it’s both creamy enough to spread onto toast or a baguette and firm enough to cut into slices. If you miss the richness and intensity of blue cheese, try out this recipe. It’s remarkably simple to make, with only four ingredients, but, just like the real thing it also requires time and patience in order for the culture and flavour to grow and mature. The hardest part is acquiring the culture – you may be able to order penicillium roqueforti from a cheese supply store, although it is also available online. 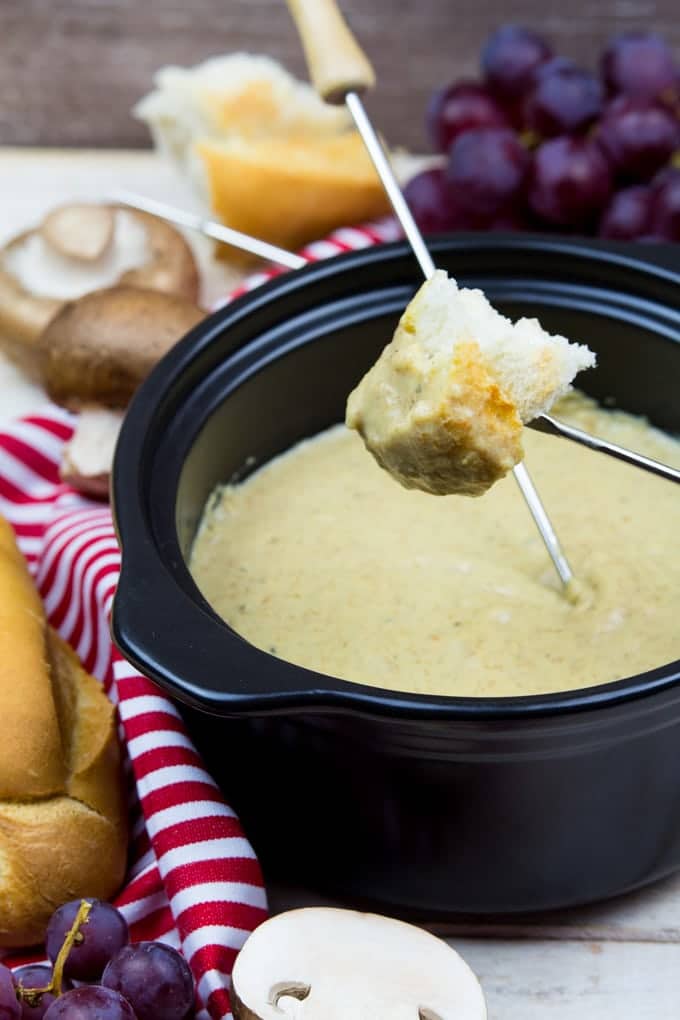 STILL NEED PERMISSION FOR THIS IMAGE

This delicious recipe has all the saucy decadence of a traditional fondue, but with none of the cheese. With white wine, miso, garlic, mustard, and nutmeg, this dipping sauce has a rich, complex and satisfying flavour. Accompany with a crusty baguette and an assortment of crisp vegetables – mushrooms, asparagus, and broccoli and cauliflower florets are perfect. A great way to gather friends and family, this sumptuous treat takes only 10 minutes to make. Note that the alcohol in the wine does not boil off completely during cooking, so this dish is not appropriate for children and teetotallers.

Replacing cheese with vegan spreads instead

Most cheese addicts love cheese for its use as a filling in rolls and sandwiches. While they don’t replace the flavour of cheese, another option is simply to use vegan spreads such as hummus and baba ganoush. These – and many other spreads – don’t taste like cheese but they share the sharpness, tanginess and complexity of flavour that make cheese such a satisfying and habit-forming food. They’re widely available in stores and delis – along with many other savoury vegan spreads – but they’re also super easy to make at home.

ProVeg does not only point out healthy, cruelty-free alternatives but also makes them more readily available. Innovative companies that want to enrich the veggie market with their products are supported and advised by ProVeg.