International Respect for Chickens Day: why we’re far from respectful 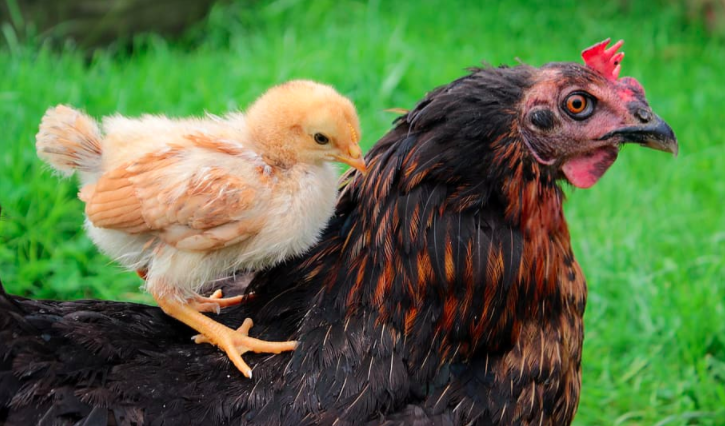 The concept of an International Respect for Chickens Day (May 4th) is a beautiful idea. Tragically though, how we as a population treat chickens is far from respectful.

The numbers of chickens in farming is ginormous, whether being bred for meat or for eggs, the amount killed each year is mind blowing. The numbers are so high that it may actually stop us feeling compassionate, as it’s almost impossible to envision such an amount. This is despite the fact that chickens are highly intelligent birds with complex social lives and distinct personalities, as researched and corroborated across vast data sources. Indeed, a 2017 report published by US journal Animal Cognition found chickens to be capable of “greater logical reasoning than children.”

According to a recent report, We Need to Talk About Chicken, from the Eating Better Alliance, in the UK alone 850m chickens are reared for meat in the UK each year, of which 95% are from intensive indoor units, and chicken consumption has been growing at 2.6% year over year over last 10 years.

There are two streams of chicken production – for meat and for eggs. Whilst the latter is often seen as more acceptable as ‘chickens lay eggs anyway’, the scale of these operations, the flock densities, the spin off killing of male chicks and the way laying hens are used within this process is so far from the nature we envision of a chicken running around laying an egg or two.

When it comes to eggs here’s some key facts:

What many egg eaters aren’t aware of is what happens to the male chicks that hatch. After all, nature has a way of levelling species for survival, so both male and females are produced when breeding. It’s estimated that 7 billion male chicks (Source) are killed in the production of eggs each year. Legal and standard procedures in the UK and EU (which actually have some of the highest standards) include gassing and macerating/grinding (shredding them alive).

Laying hens are kept for just 1-2 years typically in industrial egg production facilities, then ‘depopulated’ – that’s killed in other words.

Since 1990, meat consumption in Europe has dipped slightly, but is more or less level, whereas it has grown in all other regions, with a particularly dramatic rise in China, almost tripling in that period. (Source)

Once again, the numbers don’t indicate a lot of respect. Estimates suggest over 60 billion chickens* (Source) are killed for food globally each year, that’s around 164 million every single day. And this excludes the above male chicks in egg production.

If you like chicken and/or eggs then going plant based or choosing to reduce won’t leave you lacking. There’s a range of chicken alternatives widely available for all leading retailers, such as vegan friendly chicken nuggets, burgers, slices, pieces, pies – well everything! If you’re in London you can even go to one of the two vegan chicken shops for take away style chicken and chips! If eggs are a concern, they’re often an unnecessary ingredient and can be easily substituted or just avoided completely. A tofu scramble is filling, high in protein and low in fat, delicious fluffy pancakes can be made with our without vegan egg (flaxseed and water), cakes are no problem, donuts, pasta – you name it, you don’t need it!

So if you want to truly respect chickens today, and going forward, then pass on the chicken and avoid the eggs, a bit or forever. There’s no greater respect than that.