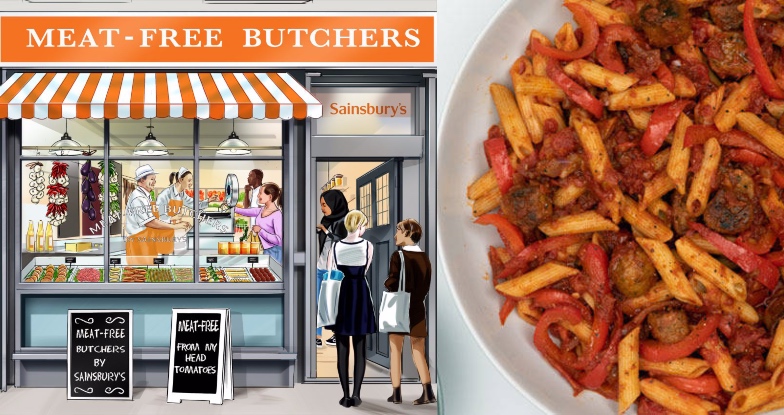 It’s overwhelming keeping up with the rise of meat alternatives and plant-based options hitting the market each week in the UK, but news just out that Sainsbury’s, the UK’s 2nd largest retailer by value, is launching a Meat Free Butcher is simply incredible.

The ‘butcher’ is only a pop up at this stage, for just a few days in Bethnal Green, London from June 21st – 23rd to coincide with World Meat Free Week. The idea is that it will showcase 20 plant-based products, getting consumers up close to the products, highlighting recipes and giving out cooking tips and advice.

In isolation this could be easy to dismiss – just a pop-up, just a few days, but that said it is still a significant sign of the times. I recently wrote about giant sandwich and coffee chain Pret a Manger buying rival sandwich and coffee chain EAT in order to convert their entire store estate into ‘Veggie Prets’, which would lead to there being around 90 Veggie Prets nationally, not one selling any meat at all. And where did this Veggie Pret concept start? That’s right – a temporary pop up store in London – originally planned for just a month.

So, why are Sainsbury’s doing this?

Well, according to Sainsbury’s, sales of their meat-free ranges grew by 20% week-on-week following the launch of their expanded meat-free range and they’ve seen a staggering 82% increase in Sainsbury’s customers searching for ‘vegan’ online, so this is definitely a good move for them, though the topic of meat alternatives (or ‘fake meat’) is one that often comes up as an area of contention.

Many people who eat meat often ask why vegans would want to eat things that look and taste like meat. But the answer really is simple – people become plant-based, or meat reduce for a variety of reasons. Some people for the animals, some for the environment, some for health. It’s not a written rule that those following plant-based diets or meat reducing don’t want to eat the things they used to eat. In fact, it’s often quite the opposite, and alternatives like this can often pave the way for those transitioning to plant-based and help those aiming to meat reduce.

At ProVeg we focus on the Five Pros of meat reduction: Pro Health, Pro Animals, Pro Environment, Pro Justice, and Pro Taste, so we welcome the development of meat alternatives.

After all, if you can have all the taste without the impact that has to be a good thing right? 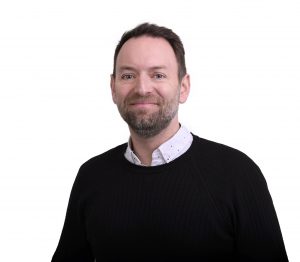