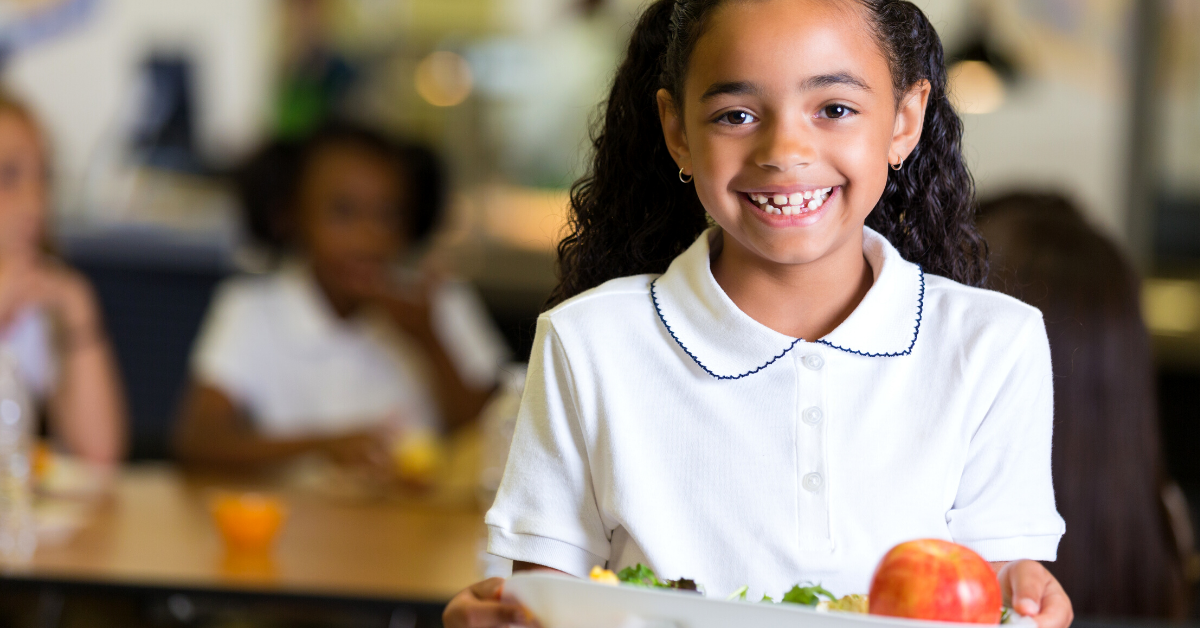 More than five million school meals have gone meat-free or plant-based since the launch of our School Plates programme, kickstarting a plant-based school food revolution in the UK.

Schools and local authorities across the country are introducing healthier and more sustainable school meals with plant-based food playing a more prominent role in new-look menus. With our support, 25 major school caterers, feeding over 350,000 children every day in around 2,500 schools, are leading the way in embracing the benefits of plant-based food.

Jimmy Pierson, Director of ProVeg UK, said: “There’s a quiet revolution going on in UK schools. We’ve been inundated with school caterers wanting our help to make their menus healthier and more sustainable. We’re seeing menu change accelerate faster than ever before and, in the last six months, our School Plates programme has doubled in size. Now we’ve reached 5 million school meals, we’re aiming to make it 10 million by the end of the year.

“The main driver for our partners is the environment and climate change, with around 80% of local authorities in the UK having now declared a climate emergency. Not only have these catering teams recognised that we need to eat less meat and dairy for the future of the planet, but they’ve had the conviction to actually do something about it through school menu change. Our partners are great examples of climate leadership in this country.

“Young people care about climate change and they care about the planet, more than any other generation. And they clearly love our plant-based recipes, especially when they’re paired with education around their positive impact. Yet, so often, their school lunches are unsustainable. We owe it to them to make food a key solution to the climate crisis, starting with the food they eat every day at school.”

Local authority caterers are increasingly being guided by the Climate Change Committee’s recommendation of a 20% shift away from all meat and dairy by​ 2030 (rising to 35% by 2050) to put the UK on the path to net zero. They are also influenced by the National Food Strategy, on which ProVeg UK was officially consulted, which recommends the nation eats 30% less meat, 20% more fruit and vegetables, and 50% more fibre by 2032.

In addition to reducing emissions, whole plant-based foods are great for children’s health. They are rich in fibre, lower in saturated fat and cholesterol, and they lower the risk of a range of chronic diseases, such as heart disease, some forms of cancer, and childhood obesity, regarded by the World Health Organisation as one of the most serious public health challenges of the 21st century.